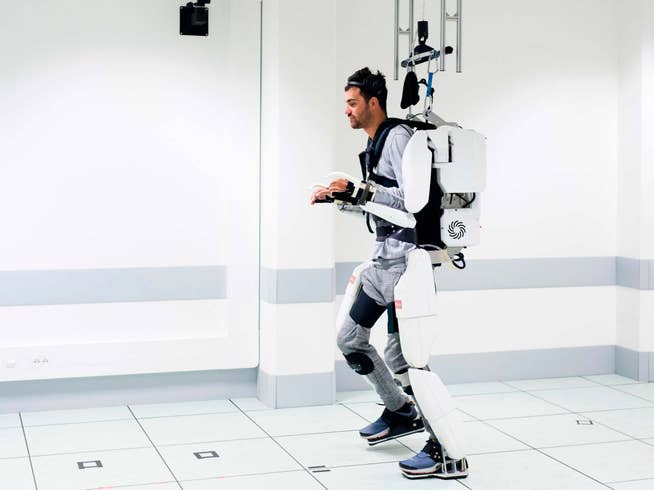 There have been great advancement in technology in most countries and this advancement in technology has affected the world as a whole. While some has affected the world positively, some has posed an adverse effect to human life. However, Robotic science has proved to be the future as it has solved so many problems but domestic and industrial, as well as in humans too.

A paralysed Man has been reported to have moved all four limbs using a ground breaking exoskeleton that reads his mind.Incredible, isn't it?

"Thibaut"(the name the man was known as) had worked as an optician before he was paralysed from the shoulders down,after falling 15m at a nightclub in 2015

The teteraplegic 30-year old when interviewed said that he felt like the first man in the moon.

The system which works by recording and decoding brain signals was initially trailled in a two-year study by French researchers at the University of Gremble. Scientists said that the suit was an experimental treatment for some clinical application and it had the potential to improve the quality of life and anatomy of patients. Wearing the Robotic Limbs,Thibaut was able to walk and move his limbs using a ceiling-mounted heirness to aid his balance.