Revealed: Science has proven that prayer works, see evidence below 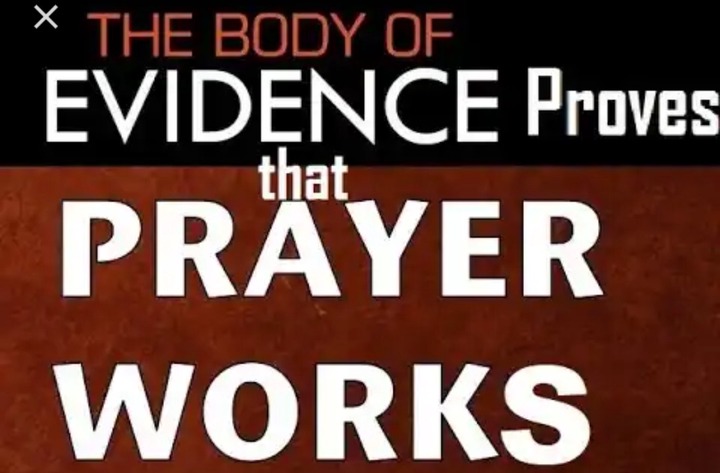 It can be articulated with certainty that God is the most legendary scientists in the universe. All the phenomenon that science seeks to understand were all created by God. The astronaut who is studying phenomenon in space; the marine biologist who is trying to understand life in the sea, the medical doctor who is trying to comprehend the mechanisms of disease formation in the body are all servants of the lord. God has already understood every phenomenon that our dedicated scientists are still struggling to understand in this world. Thus, God is the most powerful scientists in the universe. God does not need to read text books or conduct experiments to understand how a certain phenomena works. Thus, it does not really come as a surprise that scientists have discovered the power of prayer.

For Christians, God the almighty is the supreme power who made heaven and earth. Thus, the prayers of Christians are directed to God. However, through out the ages, there has been a consistent demand for believers to provide compelling evidence that prayer truly works as affirmed by millions of Christians around the world. Therefore, numerous scientific experiments have been conducted to prove the effectiveness and power of prayer. Though numerous experiments have been conducted on the power of prayer, one of the most prominent of such is that which took place in the San Francisco General Hospital's Coronary Care Unit. The study was undertaken between August 1982 and May 1983, and involved 393 patients. The study was aimed at selecting a random group of patients who would benefit from the prayer of intercession, that is, the type of prayer where others pray on behalf of someone. So, in this experiment, there was a group of patients whose members were to receive intercessory prayer. The results of the study were quite enlightening because the patients who received intercessory prayers were healthier than those who did not. Recipients of intercessory prayers had less need for cardiopulmonary resuscitation; and also had less need mechanical ventilators. Also, the recipients of prayer had a significantly reduced need for diuretics and antibodies.

Also, a certain study was conducted by Duke University Medical Centre involving 4000 participants above the age of 65. The aim of the study was to compare the blood pressure of those who prayed, studied the Bible or participated in religious services had normal blood pressure, as opposed to those who never prayed or took part in any religious event.

Another study was conducted to determine the effects of prayers on germinating seeds. the study was carried out by Dr. Franklin Loehr. In one of the experiments, three pans comprising a diverse range of seeds were selected. One of the pans received positive prayer, another received negative prayer, while the third received no prayer at all. The results of the study were once again astonishing because the seeds in the pan that received positive prayer geminated extremely well, and produced flesh plants. The seeds in the pan that received negative prayer grew with distinctive reluctance. Negative prayer even entirely stopped the germination of some plants.

Please share this to your friends and relatives. God bless...

Content created and supplied by: Jiji21 (via Opera News )