Here are 10 signs of high intelligence. Do you have them? 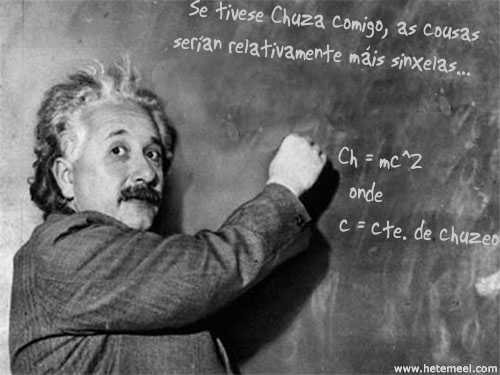 Let’s be honest, most people think they’re a whole lot smarter than they are. They read a couple of books, and suddenly, they start spouting off facts like they’re Einstein.

However, what are some true signs of intelligence? What does it really mean to be smarter than average?

1. You Choose Simplicity Over Complication

“If you can’t explain it simply, you don’t understand it well enough.” -Albert Einstein

It’s easy to look and sound smart. Many people have a lot of head knowledge. They know a lot of facts and figures. However, ask them a simple question it gets overly complicated.

“Oh, there are so many variables,” “It just depends,” “That’s really not something you give a simple answer to,” they say.

And hence, Steve Jobs has said, “Simple can be harder than complex: You have to work hard to get your thinking clean to make it simple.”

Thus, as an intelligent and sophisticated individual, you’re not busy devouring towers of information and then conjuring up grand dose ideologies and theories. Instead, you’re taking only the information you need and immediately applying it.

Indeed, you have embraced the words of Epictetus, “If you wish to improve, be content to be seen as ignorant or clueless about some things,” he said.

Although, as a highly intelligent individual, it’s not just your words that are simple, but also your life.

You’re not constantly jumping from one thing to the other. Instead, you’re present. You’ve actively removed everything from your life that takes you away from your highest purpose.

Rather than having a random chop-shop of daily habits and activities, everything in your life actually makes sense. You know exactly what you’re doing and why you’re doing it.

2. You Prioritize Your Life

Because you know what you want to achieve with your time on this planet, you no longer allow your time to be wasted on meaningless tasks.

Rather than having a to-do list, you have what Gary Keller would call a “success list.” As he writes in his book, The ONE Thing,

“Instead of a to-do list, you need a “success list” — a list that is purposefully created around extraordinary results. To-do lists tend to be long; success lists are short. One pulls you in all directions; the other aims you in a specific direction.”

Indeed, productivity and success are not about doing lots of things fast. Instead, it’s about doing ONE thing well and then moving onto the next.

3. You’re True to Yourself

Although 70 percent of U.S. employees hate their jobs and only a third of Americans report being happy, highly intelligent people absolutely love their lives.

And as a result, they’re willing to completely and unapologetically be themselves.

If something doesn’t fit who they are and where they want to go, then they simply get rid of it. To quote Dan Sullivan, “You can have everything you love in life as long as you give up what you hate.”

However, they also know that information alone will only take them so far.

“Knowledge is only potential power. It becomes power only when, and if, it is organized into definite plans of action, and directed to a definite end.”

Thus, highly intelligent people don’t just stop at reading a few books or watching a few YouTube videos. Instead, they put it all into action.

While most people are still reading, thinking, and dreaming, highly intelligent people are already out there practicing.

Now, does this mean that they don’t think things through before they do it?

No, but it does take us to the next point:

Thus, no matter how much their learning, highly intelligent people are always using it as a means to take on bigger and brighter futures. Said Dan Sullivan, “Always make your learning greater than your experience”

Indeed, their vision is not limited to what they know or do, but rather, to how big they’re willing to make their thinking. They know they need not live out of their memory, but instead, have the freedom to live out of their imagination.

Thus, their vision of who they are and where they’re going is continually expanding. Although, this is not about fueling their ego or trying to look good, but rather, to fulfill an insatiable desire to see how far they can go.

6. You Prefer Being Alone

In a 2016 study, it was found that highly intelligent people actually prefer being alone.

According to their scientific findings, it was found that those people who had a greater level of intelligence were most likely to have a lower level of life satisfaction when placed in frequent social situations.

Thus, if you have a leniency to prefer being alone, then you’re likely smarter than you think.

There could be two reasons:

Highly intelligent people have an ease about life. When something goes wrong, they’re not rigid in their thinking. Instead, they’re flexible.

Rather than trying to force the desired result, they simply trust the universe (or their higher power) will take them where they need to go.

They know that any negativity lies not within the event itself, but instead, in how they responded. To quote Ryan Holiday,

“There is no good or bad without us, there is only perception. There is the event itself and the story we tell ourselves about what it means.”

Thus, they don’t take things too seriously. They laugh and are happy even when they make blunders. They’re okay with the fact that life and themselves are not perfect.

To them, all of this experience is upside. They know that every day is a gift and don’t take a moment for granted.

According to a 2013 paper published in the Current Biology journal, people of a higher intelligence generally have a better ability of sensory discrimination.

In that, they are able to suppress irrelevant information and focus on only that which is most important.

In the study mentioned, they found that people with higher IQ’s were slower to recognize background movements within an image, and thus, were more likely to be able to focus on one thing at a time.

The researchers had hypothesized that intelligence and sensory discriminations were most likely governed by similar neural functioning.

9. You’re Sensitive to Other People’s Experiences

Highly intelligent people know that there is no right way to live. They don’t view other people as beneath or inferior to them. Instead, they understand that everyone is living their best life based upon their own perspective.

So, rather than anger and resentment towards them, they have empathy and compassion. They simply want the best for all.

10. You Aren’t Afraid to Ask For Help

“Getting lost doesn’t mean you’re an idiot. But if you stay lost, if you waste more than a second of your time being more lost than you need to be, then yes, you are an idiot.” -Ryan Holiday

Highly intelligent people know they don’t have all the answers. And as a result, they aren’t afraid to ask for help.

If they get lost, they don’t stay lost. Instead, they ask for directions. If they’re having a hard time, they aren’t too proud to say so. Instead, they simply seek assistance.

Most people, however, would rather suffer than get help. Getting help requires vulnerability, humility, and admitting that you’re not as capable, as strong, or as smart as you think.

Hence, Jordan Peterson has said, “Treat yourself like someone you are responsible for helping.”

Indeed, it’s far easier to help someone else than it is to help yourself. However, if you don’t ask for help, no one’s going to do it for you. So, why wouldn’t you?