Check out the top most stupid quotes of all time

By Oritsetimeyin (self media writer) | 1 year ago

The following is a list of statement made many years ago by expert in their fields. At this time they were said they sounded intelligent. With the passing of time they sound idiotic 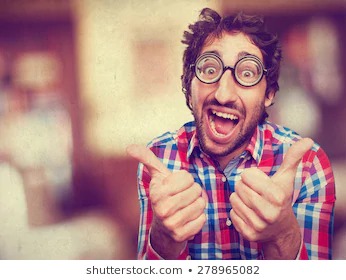 1. Kenneth Olsen, president of digital equipment corporation in 1977 said"There's no reason for any individual to have a computer in their home"

2. Marshal Ferdinand Foch,. a French military strategist said" Airplanes are interesting toys but of no military use".

This has been proven wrong as airplanes are highly used by the military.

3. Dr Lee De Forest, Inventor of the audion tube and father of radio said" Man will never reach the moon regardless of all the future scientific advances".

But he's been proved wrong as Neil Armstrong reached the moon.

4. Darry F. Zanuck, head of 20th century-fox, in 1946 said"Television won't be able to hold on to any market it captures after the first six months as people would get tired of staring at a plywood box every night".

But is that true? Television has becomed more advanced than it was then and has become a great source of entertainment to people all over the globe.

5. Decca Records rejecting the Beatles in 1962 said "we don't like their sound. Groups of guitar on the way out".

Hasn't this been proven wrong?

6. Dr Ian G MacDonald said"For the majority of people, the use of tobacco has a beneficial effect".

This statement is false as tobacco has done more harm than good. It has ruined the life of many.

7. Western Union Internal Memo in 1876 said"the telephone has too many shortcomings to be seriously considered as a means of communication. The device is inherently of no value to us"

But this statement has been rubbish as the benefits of telephone in the communication sector is unrivalled.

8. Ptolemy, the great Egyptian astronomer said "the earth is in the center of the universe".

Is this true? Guess we all know the answer

10. Charles H Duell, US commissioner of patent said in 1899" Everything that needs to be invented has been invented"

Drop your answers in the comments section below

Content created and supplied by: Oritsetimeyin (via Opera News )