Can science and God work together?

By SeyiXam (self media writer) | 2 years ago 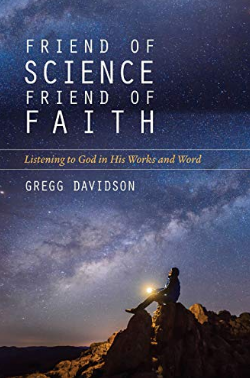 Sure, science and God can work. If you approach it in a proper, reasonable way, science and faith have no issues with each other, as they don’t really, strictly speaking, overlap in any meaningful way, even though it is a widespread opinion that they are completely incompatible and mutually exclusive.

Now, first of all, I have to say that there is nothing wrong with being an agnostic, or an atheist, or a believer, and, importantly, neither of those need to be permanent. In fact, it’s very common for people to change their opinions and worldview multiple times throughout their lives. It seems particularly common for a person to become an agnostic or an atheist in their teenage or young adult years, and to rediscover their faith later, quite likely in a more mature and profound form. Having said that, I’d like to delve more into how to reconcile science and faith in God.

Nothing from science leads to a conclusion that there is no God, not even frequently vilified theory of evolution or the Big Bang theory. Science merely tries to describe, to the best of humanity’s current capabilities, the world around us, how it functions, what patterns and regularities we can find within it, how we can then use these patterns and regularities to predict the outcome of specific actions and situations. You say yourself that science seems very real, and that’s because it is. And, importantly, it’s not something you have to accept on faith, you can check and see for yourself whether or not it works. Sure, you cannot directly observe, for example, evolution across millions of years, but you can read about it in detail and find out exactly why humanity has come to such conclusions, and decide for yourself whether or not it makes sense. It’s a lot of hard work, and you’d need to learn a lot, but you really can take any scientific theory and follow it, step by step, checking things for yourself whenever possible by conducting your own experiments, by verifying for yourself that the theory’s conclusions do indeed follow logically from its premises and from observations. And if you are honest and diligent in these efforts, you will find that it all works, and if something really, actually doesn’t (assuming it isn’t a mistake), why, that would be even better! That would mean you’ve discovered something new, something previously unknown, and our understanding of the world would improve. This is how science works, it never claims to be some Absolute Truth that you are required to blindly believe, but instead, step by step, we figure out more and more about the world, occasionally finding that we were wrong, or not entirely right, about something and updating our understanding accordingly. 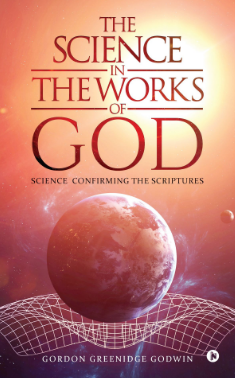 How is this against God? After all, if God created us, wasn’t it he who gave us the powers of observation and reasoning? And would you expect those God-given powers, the tools to understanding His Creation, to be somehow wrong, or misleading, or deceitful? In fact, most of the people who laid the foundations of science were devoutly religious, you might even say it was their belief in God that inspired them to study the beautiful and majestic world around them, to get a better understanding of the world, the God’s Creation. Sure, you can often hear people saying that studying science lead them to believe that there is no God, yet at the same time there are people (like the aforementioned fathers of science) who, by studying the intricacies of molecular biology, mechanisms of evolution, quantum mechanics, or the movements of distant galaxies which align astonishingly well with the general theory of relativity, become even more convinced in God and Creation. To me, it seems to suggest that science, in and of itself, doesn’t (and isn’t even capable to) prove or disprove God, but can merely be interpreted in a way that confirms the preexisting inclinations of the interpreter.

Yet, there is a contradiction of a kind. For example, if you decide to trust your own reasoning capabilities, and accept the Big Bang theory as extremely highly probable, and the theory of evolution as true beyond any reasonable doubt (which you will, if you honestly and seriously study them), then what to do with the fact that the Bible tells a completely different story of the creation of the world, the living creatures, and humans among them? Now, if you think that to be a Christian, to believe in God means to believe in absolutely everything that the Bible says, then it’s really irreconcilable. Then you have to choose one: either you trust science, or you reject it because the Bible contradicts it, but you cannot have both. But it doesn’t have to be this way.

After all, the Bible is a book. And by definition, a book is something written by people. Even if, in some way, it is a representation of the Word of God, as you’ve probably heard many times, that word must have passed through the imperfect human brains in order to take the form of actual words written in ink on paper. Now, don’t get me wrong, I’m not trying to completely discredit the Bible, it’s definitely a great book, full of wisdom and valuable moral lessons, but it would be highly unreasonable to treat is (as, in fact, any book) as the Absolute Truth, such that you are obligated to blindly believe anything it says despite any reasonable evidence to the contrary. It is a book, written quite a long time ago by actual, living people, whose understanding of the physical world was far poorer than that which we have now. If some modern scientific discovery contradicts something that the Bible says, then that is simply because we now know more than the people who wrote the Bible. To discard such a discovery on the basis of blind belief in the Bible - that would be against God, in my opinion, if you believe in Him, because in this case you would be rejecting the powers of observation and reasoning that He gave you! Rejecting God’s direct, unquestionable gift in favor of an ancient text of honestly dubious origin that claims to be the Word of God! I’ll repeat, a great book, full of wisdom and valuable moral lessons, but still, just a book, even if it’s maybe, from some point of view, the greatest book ever written. Notice, by the way, that there was no science-religion contradiction at the time the Bible was written. The Bible doesn’t contradict any “science” (such as it was) that existed then: it doesn’t contradict smelting iron from ore and forging a sword or a plow from it, it doesn’t contradict dyeing of clothes, or keeping track of the days and years using a calendar, or weaving fishing nets, or building vessels and sailing on the sea. It only contradicts what has been discovered long after it was written, and that’s simply because the people who wrote it didn’t (couldn’t!) know about it. 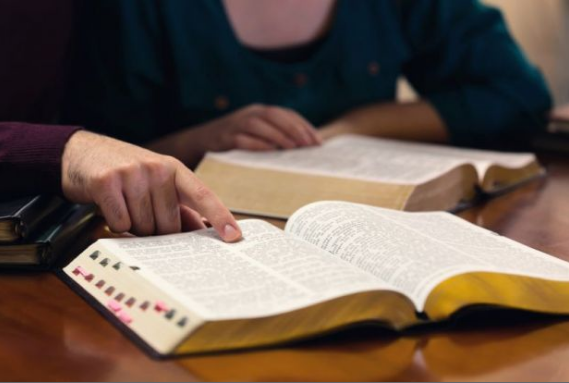 Most importantly, being a Christian is, in my opinion, not at all about believing in everything the Bible says. It’s about compassion, kindness, and forgiveness. It’s about how you should act in order to be a decent human being. It’s about the figure of Jesus as a perfect human, who has shown you how to live in harmony with God, yourself, and other people, a perfect human who you should try to emulate, even though you cannot to the full extent, but by earnestly trying you become better, closer to God and harmonious existence within His Creation. Nothing science says contradicts this, and in fact, science in principle cannot say something that would, in and of itself, either support or contradict this, as science simply does not concern itself with such questions. Science can reveal to you the secrets of the atom, and show you how to split it to release the colossal energy stored within, but it cannot tell you how to use this knowledge: whether to build a nuclear power plant or an atomic bomb. Science can reveal to you the secrets of the human body, but it cannot tell you whether to use this knowledge to heal or to kill. Similarly, if you believe in God, your faith can guide you, help make the right choice, the right decision, but it cannot give you knowledge about the physical world. Read the Bible for its wisdom and moral guidance, but not for lessons in physics, cosmology, or biology: there are incomparably better sources for that.

So, you don’t have to stop believing in God in order to study science, and you don’t have to reject science in order to keep believing in God. Simply trust science to help you understand how things are, how the physical world works, and trust your faith to help you understand what you should do, to guide your conscience and your actions. And that, in my opinion, is how you make science and God work.