By Jollybronze (self media writer) | 2 years ago

This world is full of mysterious and strange things, science have been discovering so many things that most of us have not seen before even don't know that exist.

Here are some of the strange giant sea creatures we probably don't know that exist that were discovered . 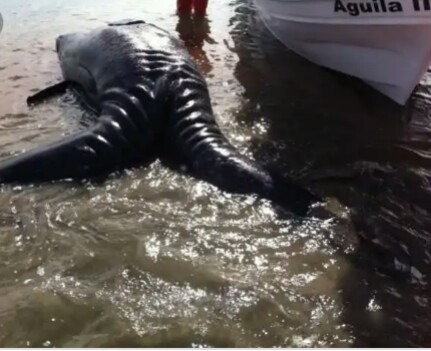 This strange and mysterious sea creature was washed up on Mexico's Laguna Ojo de liebre ,it baffled the people across that area because they have not seen sea creature like this before.

This strange sea creature that seem not to look like every others sea creature from earth.There have been talks about sea monsters and mythical creatures and the sorts,but as this animal looks, it's strange and didn't come from faraway place. 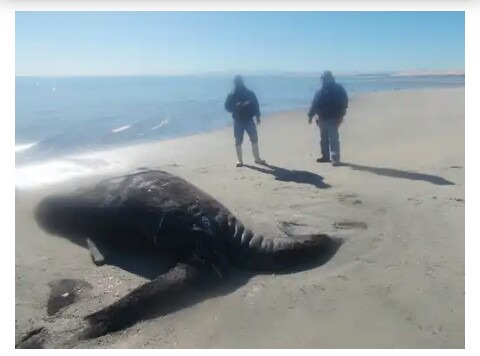 This strange sea creature seem to be seven feet long and it has fins on either side ,the astonishing thing about this sea creature is that it has two tales and four eyes.

This monster was actually a pair of extremely rare conjoined gray whale twins ,most new born gray whale are about twelve feet long.this creature seem clearly that something had gone wrong with it birth. 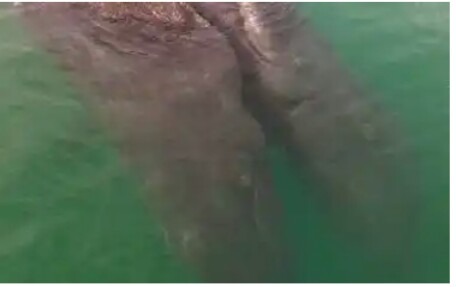 Scientists have said that the pair was likely the product of miscarriage,it may be a relief that this is not actually a sea monster,it's upsetting that such innocent creature could never survive for long in the wild. 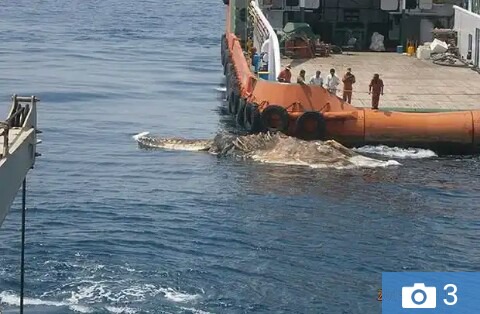 The Iranian Navy members were baffled after sitting the 50ft rotten creature floating by their ship,so they took photo of it and posted it on social media.

After the pictures was posted ,social media users suggested it could be remains of a whale. Ecosystem ecologist said Dead whale ,most likely that the blackened skin and vertebrae are good give away.

The director of the institution of marine science at the university of California said ,from his vast knowledge and experience with whales and their skeletons,it is clearly whale.

Although with the condition of the body ,it is difficult for him to determine what kind of whale it is.

The surprising thing is that ,this dead sea creature's carcass provided a valuable source of nutrition to others sea creatures like sharks ,crabs and other scavengers quickly devour most of the whale part including its fat and muscles.

Here are some of it photos 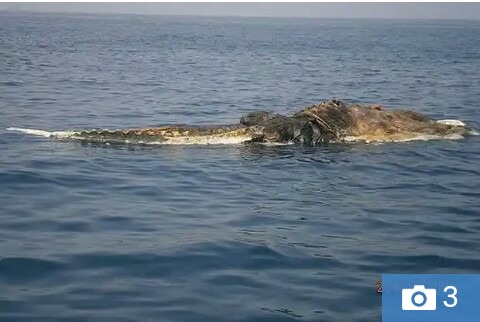 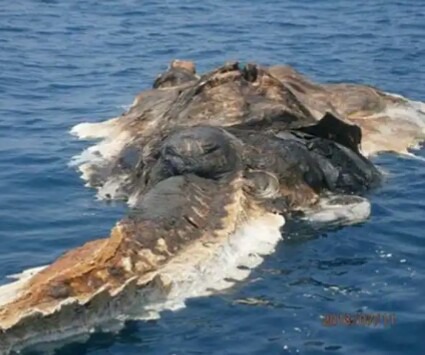 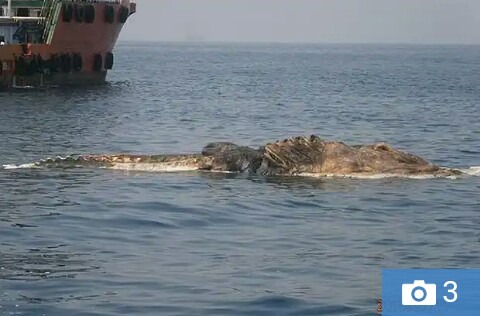 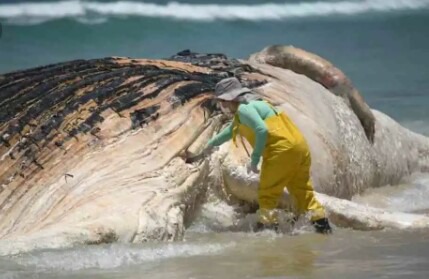 This dead mysterious sea creature's carcass was washed up in on the shores of Rio de Janeiro’s Ipanema beach of Brazil.

The composition image magnifying the appearance of the dead humpback whale is often used as a thumbnail image in stories and videos relating to giant sea creatures. Below are couple of other stock photographs of the dead whale from different angle. 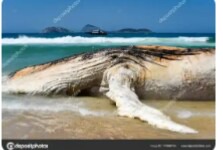 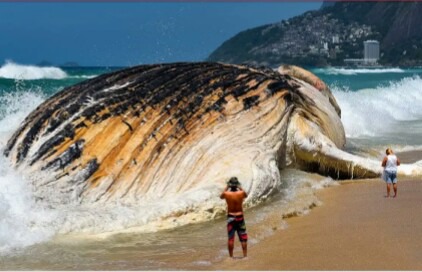 Content created and supplied by: Jollybronze (via Opera News )