81-yr-Old Scientist Claims to have a New Planet-Saving Invention that is Baffling People.

Regular walks to Walden Pond gave Marshall Medoff plenty of time to think. Just like the scenic view moved Henry David Thoreau to pen his most famous work, it also got Marshall reconsidering humanity’s relationship with our environment. 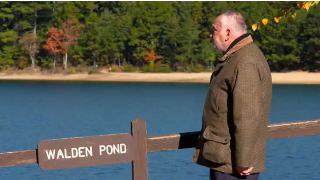 The Massachusetts man felt so sure plant life contained some unlocked energy that was capable of, in his own words, “saving the world.” Of course, it wouldn’t be a stretch to say that Medoff was overconfident. Many thought he was biting off more than he could chew.

After all, Marshall wasn’t some biology expert. He didn’t even have any advanced scientific education. He spent most of his career in the realm of sports business, and even there he didn’t exactly thrive.

Up until the 1990s, Medoff was best known for selling the promotional rights to the Boston Marathon to corporate interests. Critics accused him of shady dealings and selling out the hallowed endurance competition. But that was a lifetime ago.

At an age where many of his peers entered retTheranos. Medoff was instead looking forward to his second chapter. His Walden visits motivated him to do some real good by tackling a puzzle that’s stumped scientists for generations.

Discarded plant base, known as biomass, contains energy in the form of natural sugar; we’ve known that for quite some time. But because of the complex chemical makeup of plant life, we haven’t been able to access these nutrients. 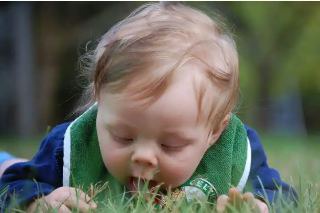 All that sugar is held in rigid material called cellulose. It’s tough enough that humans can’t digest it — which is kind of a shame, according to Medoff because plant matter offers a rare type of sugar that won’t rot your teeth.

Medoff figured there had to be a way to break down that cellulose and extract the sugars, but he didn’t know quite where to start. He didn’t have a world-class laboratory or a team of MIT-trained scientists to support him.

All he had was some free space in his garage. So like a mad scientist, Medoff began tinkering with various experiments and inventions, often late into the night. His new obsession took over his entire existence.

Marshall admitted that his home lab completely ruined his personal life. With a house full of stacked boxes and no free time to spare, most of his friendships and relationships fell by the wayside. He realized he couldn’t do this alone. 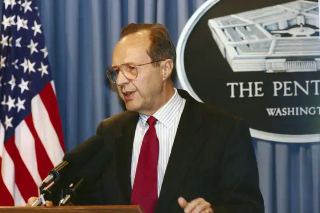 The amateur scientist got in touch with Craig Masterman, who was an MIT chemist. Medoff asked the young talent to build him a legitimate testing site and implement his unorthodox ideas. With so many options available to him, Masterman wasn’t exactly sold. 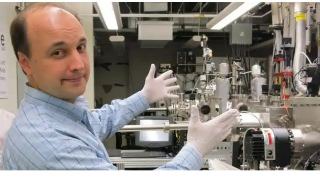 That’s how Xyleco was born. In stark contrast to Medoff’s garage setup, their organization soon found the direction and financial backing to make these biomass applications a reality. Marshall’s unlikely origin story didn’t hurt the company’s cause either.

Engineer and former Secretary of Defense William Perry compared Medoff to Thomas Edison — “a very eccentric genius, but a genius who had come up with this totally revolutionary idea.” And the former sports agent had the hundreds of patents to prove it

One of Medoff’s primary focuses is the development of biofuel. Rather than rely on harmful and limited oil supplies, vehicles could run on fuel made purely from plant matter. He dreamed of a near future where every gas station sold it.

That invention is still in the works, but Xyleco has also looked to biomass to solve pollution. Today, millions of tons of plastic clogs up landfills and drifts through our oceans, and this material takes 1000 years to break down. However, Medoff isn’t against plastics.

His team created a plastic made from plants. Besides having a much greener manufacturing process, this alternative plastic can deteriorate in a mere 11 weeks under the right conditions. It almost sounds too good to be true. 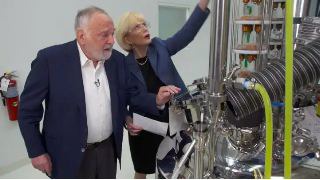 That’s probably why Xyleco has met a fair amount of backlash. Some scientists claim that Medoff — a layman making high-profile discoveries in his 80s — exaggerated many of his finds, and that the energy required for his electron accelerators exceeds reasonable limits.

But Medoff has plenty of big supporters backing him up. Nobel Prize winner Dr. Steven Chu realizes that Marshall “definitely is a character,” but believes Xyleco is on the right track to saving the planet. 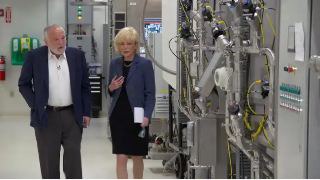 Medoff also got former Secretary Perry to join his Board of Directors. The celebrated official certainly would hope that Xyleco wouldn’t crash and burn like another venture he’d supported: a daring medical company called Theranos