Despite what some people might tell you, a scientific theory is an explanation of the natural world that has been repeatedly confirmed by scientific experiments and tests.

They are incredibly difficult to "refute". Gone are the days when humans thought parasites spontaneously spawned on the surfaces of open food bowls, but sometimes a theory can be wrong or potentially wrong.

Here are 10 scientific theories that could be wrong. The observations on the expansion of the universe revealed something strange in the galaxies. They don't seem to obey the laws of physics. Or rather, the visible matter present in the galaxies seems to be inadequate to function as they do without flying on the sidelines.

Cosmologists and mathematicians had the idea that, perhaps, there was an invisible form of matter that explained what was missing in these galaxies that would allow the right amount of gravity to explain the speed of most galaxies. They called this invisible matter "dark matter".

After decades of research, we haven't actually found any dark matter and other physicists are starting to find other ways to explain the seemingly impossible speed of galaxies. Such a varied approach revolves around the idea that gravitational mechanics works differently on a large scale. Holographic universe theory is the idea that our three-dimensional universe is actually a two-dimensional projection that simply appears in 3D. Now this doesn't mean that the universe is a form of simulation like in The Matrix.

The idea is that a distant two-dimensional surface can contain all the information necessary to describe our universe. Basically, if the holographic principle is true, then the three-dimensional reality that you perceive could be an illusion. 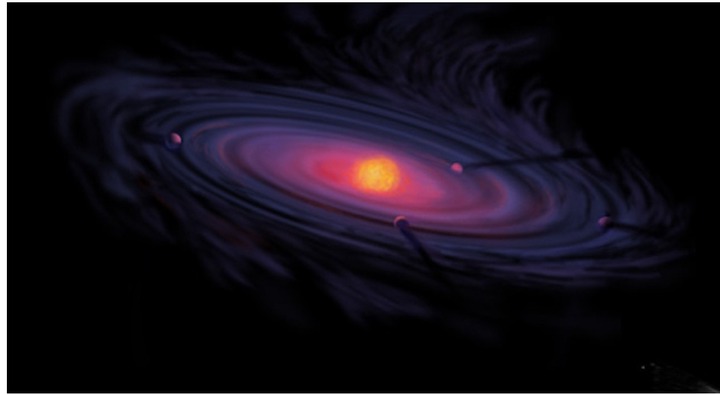 The theory goes like this: 4.5 billion years ago, gravity collected a huge cloud of gas and dust to form the sun and the bodies of our solar system. The rocky planets ended up orbiting closer to the sun, while more gaseous bodies like Jupiter and Neptune ended up orbiting the far sun, near the outer borders.

Nothing in science is static. For years, we thought that our star system was typical, common. But when we started discovering exoplanets with the Kepler space telescope, we found that much of what we took on extraterrestrial star systems turned out to be wrong.

We find gas giants (known as hot Jupiter) in orbit near their parent stars. The red dwarf systems constituted entirely Earth-like rocky worlds (such as Trappist-1) and other strange orbital configurations that left astronomers baffled and scratching their heads.

While the accretion disk theory has not been completely ruled out, these discoveries have forced scientists to come up with new models to explain how these alien systems could have formed. Especially now that our solar system seems to be truly unique compared to our heavenly brothers and sisters. 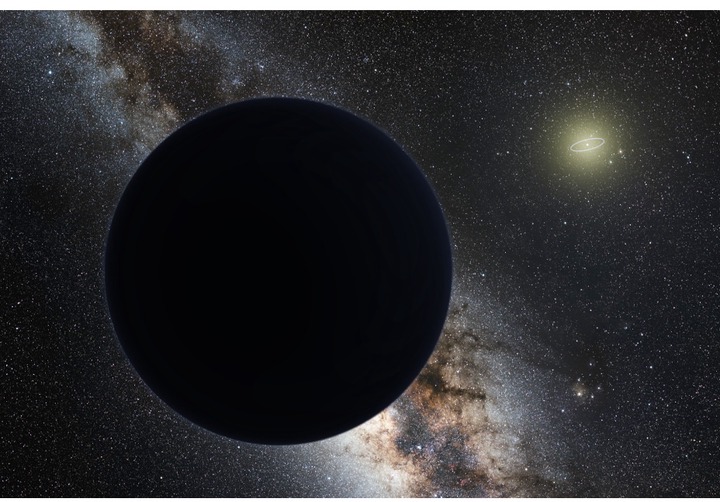 Based on the same methods used by astronomers to predict the existence of Neptune and Pluto, astronomers have long searched for this mysterious planet nine, hoping to explain the aspects of the axial rotation of the sun and why the frozen asteroids beyond Neptune's orbit seem regroup.

The Kuiper belt is made up of frozen objects that orbit the sun beyond Neptune. While the Kuiper Belt mainly houses rock-sized asteroids, some of which are nearly 2,000 kilometers in diameter and small pieces of planetary material left by the formation of the solar system, most of these objects share similar elliptical orbits. to those of Pluto.

Why planet nine may not exist:

We haven't found it. This means that the object is probably too dark to see it with our current telescopes. There is also a theory that planet nine is not a planet at all, which is actually a primordial black hole (which should be the size of a softball).

In fact, there is a lot of evidence for this. While researching planet nine, astronomers also observed small gravitational lens events that could be explained by a black hole. The black hole should be completely dormant, which means it has not consumed any material since the formation of the universe.

Honestly, how nice would it be if our solar system ended up being at home in a black hole left by the formation of the early universe? The idea that our universe is a grain in an infinite sea of ​​identical universes is not really new. Scientists and science fiction writers have long speculated on the existence of alternative realities to ours, imagining that every choice made could have an opposite, resulting in a completely different universe from ours. Physicists have even suggested that the "bruise" in the lower right corner of the cosmic microwave background is actually the result of our universe colliding with another.

Why it could be wrong

There is simply not enough evidence. And it is not for lack of attempts either. Some physicists even go so far as to call the theory of many worlds "marginal". Just as dark matter is the solution to the problem of galaxies that don't seem to have enough matter to move at their incredible observed speeds, dark energy is a means of explaining the apparent accelerated speed at which the universe is expanding.

Before observations showed otherwise, expansion of the universe was thought to have slowed. Dark energy is supposed to be a type of repulsive force that prevents the universe from collapsing on itself (an event called Big Crunch).

Why it may not exist:

In a study published by The Astrophysics Journal, researchers from Yonsei University in Seoul, South Korea say they have found evidence that dark energy does not exist at all.

The team found that supernovae in younger galaxies are weaker than in older galaxies. This launches a wrench to the idea that the brightness of supernovae does not evolve over time, which would also mean that dark energy does not exist.

4. The laws of physics

The laws of physics suggest that basic scientific rules exist throughout the known universe. Gravity attracts, the speed of light is constant, the water is wet, that kind of thing.

They also deal with things like thermodynamics, which suggests that matter cannot be created or destroyed in natural circumstances. The laws of movement state that an object will remain at rest or in a given state unless an external force acts on it.

Okay, you got it; They are not wrong, but recent studies have suggested that the laws of physics have changed over time with the aging of the universe and that today they may not even be constant throughout the universe!

In an article published in the journal Science Advances, UNSW Sydney scientists reported that four new measurements of light from a point 13 billion light years away from us showed confirmation of changes in the electromagnetism constant. If these results are accurate, it could mean that the electromagnetic constant in this distant region of space is different from that here. Galaxies are believed to have formed in the early universe due to dark matter halos. These dark matter halos attract gas and material and eventually form what we know as the galaxy. But spiral and disk galaxies like ours are a slightly different story.

They are believed to have been created in a method known as "hot mode" galaxy formation, in which gas falls to the center of the galaxy, condensing and cooling. It is a gradual and time-consuming process. Therefore, spiral galaxies like ours would not have formed in the early universe.

Spiral galaxies are believed to have been unable to exist in the early universe due to extremely difficult conditions. But the discovery of the Wolfe Disc, a galaxy that is both a spiral galaxy and much older than it should be (only 1.5 billion years after the Big Bang). Considering antiquity, its existence suggests that we may have to rethink our theories on formation in spiral galaxies as a whole. The Big Bang theory suggests that 13.8 billion years ago, all matter in the observed universe we see today exploded from a single point, smaller than the end of a pin, an extremely small singularity.

It is the main theory behind the explanation of what could have caused the beginning of the universe. We can't really go back in time and look back, so most of what we know about the Big Bang is through mathematical equations and models.

Not that the Big Bang theory is wrong. There is much evidence to suggest that most of the theory is correct. We can predict what probably happened up to ten in the power of twenty-three negative seconds after the Big Bang happened. But there are problems with other parts of the theory.

We can't prove what happened before ten with the negative power of twenty three seconds after the big bang. It is not verifiable It is believed that the strong and weak force of electromagnetism is actually a force. There is simply not enough direct evidence of those early stages (and dimensions) of the universe. 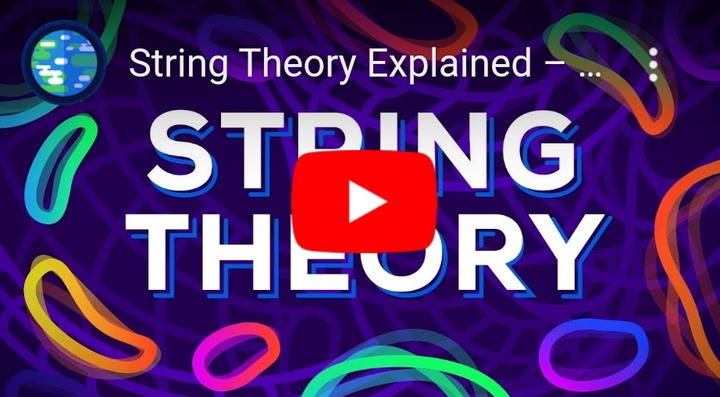 String theory was originally supposed to be the "theory of everything". Something that unifies quantum physics with the standard model. Albert Einstein worked on many things before he died, some outside the norm in terms of what was accepted at the time. Although he never realized his theory of everything, Einstein's dream continues today.

The theory revolves around the idea that individual particles are linked together by things called "chains" which, depending on how a given chain "vibrates", would produce quantum gravity.

The math proposed by string theory works to some extent, but when combined with other fields, it quickly falls apart. Part of the problem is that there are multiple versions of string theory.

And although they were subsequently combined into a more unified theory that combines the behaviors described in other versions of the theory, it would seem that even after adding an additional dimension to their equations, the behavior of the strings in the equation favors only the most idealized. conditions

Basically it is almost impossible to make the standard model work with strings or M theory.