Scientists Have Cloned Sheep For The First Time, Are Humans Next? 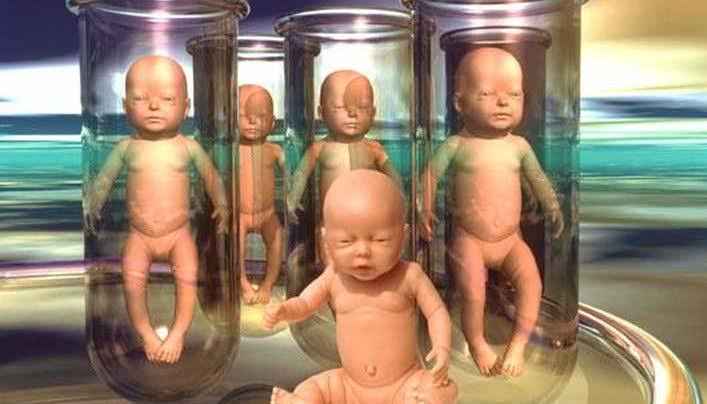 What is human cloning

Human cloning is the creation of a genetically identical copy (or clone) of a human. The term is generally used to refer to artificial human cloning, which is the reproduction of human cells and tissue. It does not refer to the natural conception and delivery of identical twins. The sheep Dolly was created in 1996, when a group of scientist successfully take an egg from one sheep, removing its DNA-carrying nucleus and infuse into the egg of a cell from another sheep (in this case, from a cell line from a sheep that had been dead for several years), then hitting the resulting cell with a jolt of electricity. After trying this process several times, the resulting cell began to grow and divide. It was successfully implanted in a sheep’s uterus and eventually became a healthy lamb called Dolly. 1. Therapeutic Cloning : It involve cloning cells from a human for use in medicine and transplants, and is an active area of research, but is not in medical practice anywhere in the world, as of April 2020. Two common methods of therapeutic cloning that are being researched are somatic-cell nuclear transfer and, more recently, pluripotent stem cell induction.

How is cloning used as treatments?

Therapeutic cloning can be use to remove genetic material from the cells and inject it into donated human eggs from which the chromosomes have been removed. These altered eggs will yield stem cells that are able to form heart muscle cells and other tissues that can be used for transplant.

Countries that Ban cloning of humans

The successfully cloning of sheep dolly resulted into the discussion of cloning humans and babies , although governments around the world has rushed to ban human cloning The possibility of person cloning has raised controversies. These ethical concerns have prompted several nations to pass laws regarding human cloning and its legality. On December 13, 2001, the United Nations General Assembly open up an international convention against the reproductive cloning of humans. A coalition of states involving Spain, Italy, the Philippines, the United States, Costa Rica, sought to extend the discussion on banning all forms of human cloning, noting that, in their view, therapeutic human cloning violates human dignity.

What is your opinion, should human cloning be allowed?

Content created and supplied by: Folly01 (via Opera News )