Why your spouse needs to be your mate in these key areas.

By RosyB (self media writer) | 2 years ago 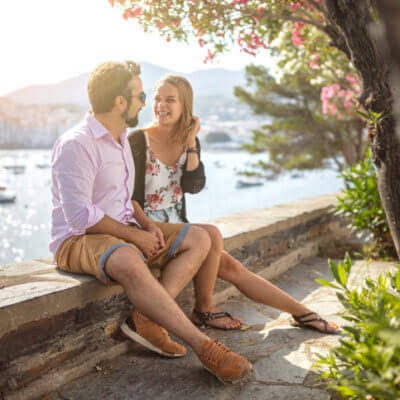 In marriage ,during a misunderstanding,you will usually hear the question "am I your mate". Of course, your partner ought to be your mate.This has nothing to do with age. There are lot more vital areas where you have to have your partner as your mate

Marry someone you can speak with together & understand each other.

Communication is crucial in marriage.many men go to bar to hang out with friends & gist till 11pm because they know their wives can't engage in any meaningful intellectual discussion.

So many women too prefer to hang out with their friends, because they know their husbands mentality when it comes to vital issues & discussions is very low.

By this I mean, marry someone you can learn together & improve together.

Don't marry someone who is rigid & not open to new ideas, new ways of doing things, or new innovations.

Marriage is a great institution.

From day one till death do you part, you will keep learning.

YOUR SPIRITUAL MATE ;marriage is not just a social union.

It is also a spiritual union.

Marry someone who knows the same GOD you know.

Don't marry someone who's believe of GOD is different from yours.

The spiritual controls the physical, even in marriage.

Check for spiritual compatibility in that person you want to marry.

Don't marry someone who is stingy.

There are so many expenses to cater for in marriage.

A stingy guy in courtship won't suddenly become a generous husband in marriage. Don't marry a lady that has the financial philosophy of "My husband's money is our money, but my money is my money."

Marry someone who believes in dignity of labour.

Marry someone who is ready to work, not a lazy fellow who just want to be a consumer & not a contributor.

Marry someone who is ready to spend & be spent for to the growth & success of the family.

Marry someone you have sexual feelings for.

Sexual feeling is not a sin.

It is an instinct GOD put in every person. Sex plays a major role in the success of any marriage.

Any man you don't have emotional feelings for, don't marry the person.

If you don't have emotional feelings for that lady, leave her alone.

A spiritual being is also a sexual being.

No matter how spiritual you both may be in your marriage...,

• You won't be reading the Bible or worshipping God 24/7.

• You will have sex!

• You will flirt with each other!

• You will make babies.

So, marry someone you can connect with sexually.

It will help you to enjoy your marriage so much

- Don't marry someone you won't be proud to go out with.

- Don't marry an anti-social person when you're social.

Marriage is no child's play at all,look well before you leap.

Content created and supplied by: RosyB (via Opera News )