By BornWriter (self meida writer) | 20 days

A married lady who was posted as Anonymous has expressed confusion on what to do because the family of her late husband Confronted her to marry the younger brother of her deceased wife.

There are certain things in marriage that married couples wouldn't want to experience in life. One of those things is the death of someone whom they made vow with to love and to cherish, stand by come what may until death do them part. However, no matter how much scared married people are about death, it does not stop it(death) from striking when it deems fit because death is a debt owe by every living mortal. 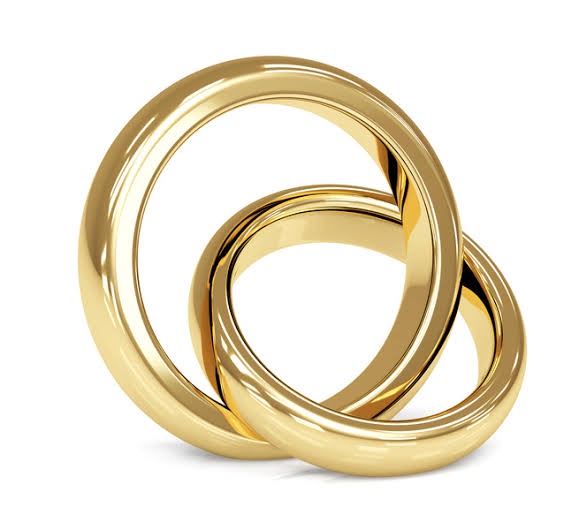 The pains the death of one's spouse leaves behind in the life of the wife/husband can't be expressed and understood by anyone except the victim. Sometimes, when people lose their spouses to the fold hands of death, they will be a shadow of their former selves - they will not be as complete as they were when the spouse was alive. 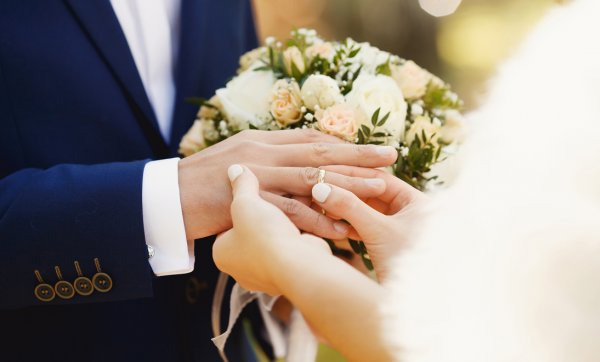 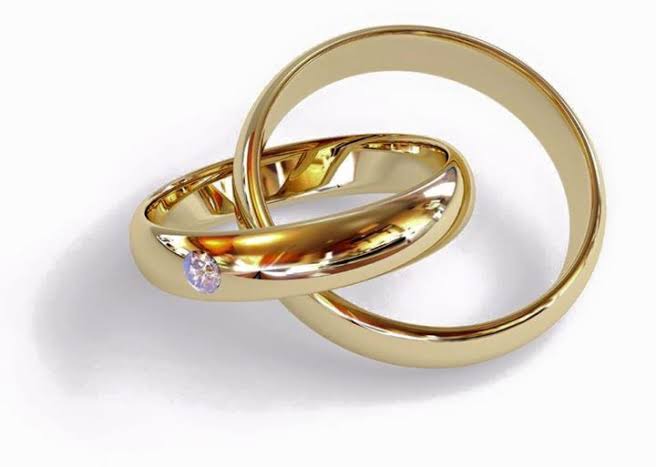 Such subjection from the family of the dead man always deposit the woman in the world of pains and tears. It is an agonizing experience not to be experienced by any married woman. In this case of the lady in question, after having 2 kids for her late husband, she is approached to marry the younger brother of the late husband. As it stands, before speaking out, it seems she does not buy the idea due to lack of interest for the man.

My husband's family want me to marry his jnr bro after his death. 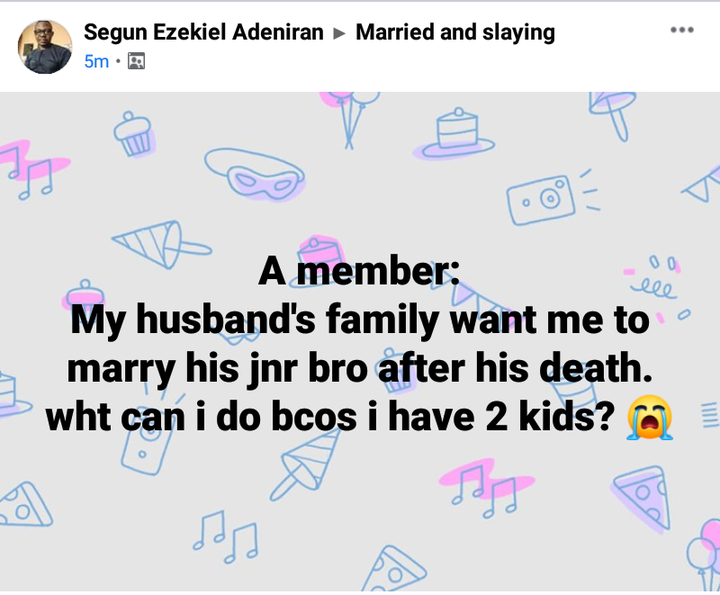 Having felt the pains of the lady, some members of the group advised her on what to do in the comment section of the post. They have the follow pieces of advice to give:

One of them advised her from the angle of "choice". He said it is a thing or choice, that it is not by force to marry him if she does not want to do so.

Still on same line of choice, Queen advised her to make the choice of declining what the family wants by focusing on her children. However, if she is not well to do financially, she can give in and use it as a means to take care of their needs.

Chidimma advised her to take the offer if the man is responsible because she does not see anything wrong with it. She made reference to her grand mom to buttress her point.

If the lady were to be your sister, friend or daughter, what would you want her to do? Don't forget that, saying NO would result to her not getting married to an outside person, even if she finds the man compatible and responsible.

Here Are 8 Children With Outstanding Beauty Around The World