How to Stay in a Marriage When Times Are Tough

How to Stay in a Marriage When Times Are Tough 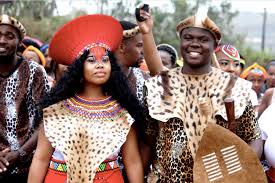 If you're considering divorce because your current marriage situation is bringing you tremendous challenges and calling it quits seems like a way to escape a painful situation, you might want to slow down before you pull the plug. Why?

Consider the results of an authoritative study by the Institute for American Values* that could shed some light on your marital relationship and what you decide to do about it.

The study found that, except in marriages where there is physical violence, divorced spouses are usually no happier after divorce than before. On the other hand, many married couples who had once been unhappy together for an extended period of time were able to turn their marriages around to become happily married even in spite of serious problems, including alcoholism, infidelity, verbal abuse, emotional neglect, depression, illness, and work reversals.

How is that possible? Here is a composite story of a couple (not in the study) who came close to divorce but finally overcame obstacles to achieve a happy marriage.

Henry and Martha had once had a good marriage. In the first few years after they married they'd enjoyed being together at home, going on camping trips, and celebrating birthdays and holidays together. They had felt secure, safe and comfortable being a married couple.

But in the seventh year of their marriage, some problems became evident. Henry had never talked much and this began to bother Martha because she felt cut off from her husband emotionally.

Another issue was that Martha felt overwhelmed with working and trying to go to school at the same time. This didn't leave much time for the couple to spend together. They began to drift apart.

Then Henry was laid off from his job close to the birth of their second child. He fell into depression and started drinking excessively. The breaking point in their marriage came when Martha found out that Henry was having an affair.

Martha consulted with a divorce attorney. It seemed to close friends and family that their marriage would not make it.

Interestingly Martha and Henry are still married. And even more surprising, they both rate their marriage as being very good. They go out to dinner and dancing once a week. They share their private thoughts and feelings with each other almost on a daily basis. And their sex is better than it's ever been.

When Martha went to the attorney, Henry knew that, as a non-custodial parent, he would not be able to bear being away from his two daughters much of the time if he and Martha divorced. Furthermore Martha's sister, who had been divorced with small children, strongly advised Martha to try to work things out if at all possible.

Henry agreed to go with Martha to a marriage counselor who showed them ways to communicate better. He learned to open up more and express himself to Martha. Eventually Henry was able to find another job and he got medical help for his depression.

Henry realized that he had too much to lose by continuing with his affair, which he broke off. Martha was eventually able to finish her schooling and find a better job.

By being persistent and not giving up, their marriage survived the difficulties and eventually got better. Today Henry and Martha are glad they hung in there when things were tough.

Here are some pointers that will also help you avoid divorce:

1. Don't delude yourself over the supposed benefits of divorce.

The results in the study mentioned above showed that divorce did not make spouses happier in most cases. The notable exception is when there is physical abuse in the marriage.

A substantial number of divorced spouses in the study wished they and their partners had tried harder to work through their differences.

Numerous unhappily married couples who persist are able to work through many of their difficulties to improve their satisfaction with being in the marriage.  The financial stress on divorced parents is often more intense than they anticipated.

For non custodial parents, the emotional pain of being separated from their kids can be traumatic.

2. Be persistent in the face of difficulties when external stressors like job or family come between you and your spouse.

o Be aware that if you have had long periods of harmony in your marriage, you have an excellent chance of regaining marital tranquility and happiness.

o Focus on hanging in there today. Tomorrow will take care of itself. External difficulties often go away or you may learn to adapt to them.

o Spouses can sometimes adapt themselves to difficult circumstances by changing their attitude about what their situation really means.

3. Identify ways to get support from others.

o If lack of communication between you and your spouse has been an issue, a good counselor or minister can show you ways to connect more deeply with your spouse.

o If your spouse is acting out by having an affair, try to get him (or her) to go with you to a marriage counselor or minister. If all else fails, let your spouse know that you're serious about maintaining your self respect by consulting with a divorce attorney. At the same time, don't continuously harp on divorce with your spouse. Often, a spouse who consults with an attorney sends a wakeup call to the partner having the affair.

4. Look for ways to improve your own life.

o Regardless of what your spouse does, you can decide to enjoy your own life more.

o Try new ways to improve your life. Take up a new sport, join a book club, learn to pay the guitar, or go back to school.

o Start having more fun by doing something that you've always wanted to do. Learn to dance, to cook gourmet dishes, to sail, or to sing in a community choir.

Conventional wisdom is that unhappy couples who divorce will be better off - happier, less depressed and with greater self esteem. The study, however, found that unhappily married adults who divorced were no more likely to report emotional and psychological improvements than those who stayed married. 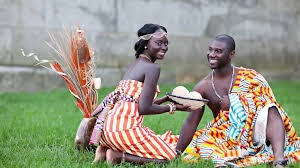