Women, if you want to enjoy your marriage, never marry men with these 7 qualities 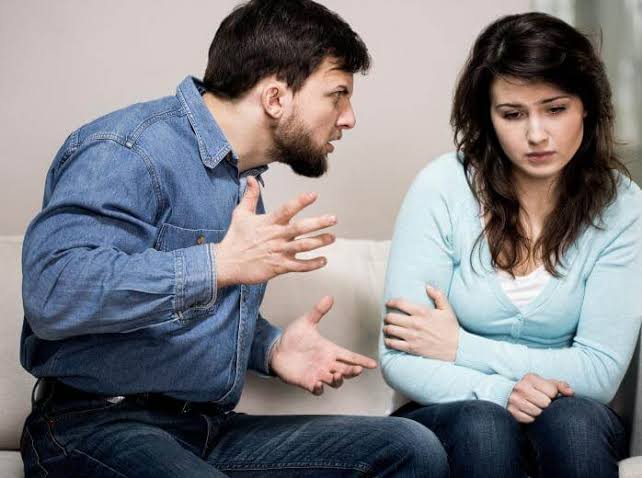 Marriage is not something someone can rush into. We have heard a lot of broken marriages due to one reason or the other. Ladies should be very careful and also make sure they know the kind of man they want to marry.

Women hope to marry some that are charming and they forget to check if he posses the quality of a husband. The truth is that everyone has good and bad qualities and you have to pick what you are willing to deal with.

However, there are some certain characteristics that are red flags. You need to weed guys with this below qualities:

A man who doesn’t listen to you or ask for your opinion is someone you should avoid. When he is just too found of himself, he thinks he can do it all alone without any help and he never listen to you his girlfriend, then, you should never marry such man.

A man who doesn’t respect you didn’t deserve you. He can never treat you well if you later marry him. If you eventually marry him, you will have issue in the future and it will later lead to regret.

A man who is unfaithful to you is very dangerous to be with. What is the essence of you been in a relationship without trust? Trust is one of the pillars holding a relationship. Your relationship can never stand if its lack trust.

A man who is never sorry or doesn’t apologize when he is at fault is not someone you can marry. If he pushes all the blames on you, instead of apologizing, you should never spend the rest of your life with him.

This is human abuse and you shouldn’t allow any man to abuse you. Don’t ever think he will change when you marry him. If he can't s change before marriage, then, he can never change. Don’t fall victim to this because you claim you love him. If something bad happens to you, he will marry another girl, so think now, so you won't regret it in the future.

7. He doesn’t appreciate it.

A man who doesn’t appreciate you doesn’t worth you. You should never marry that kind of man. Instead of appreciating, he complains more and renders your effort useless. I don’t think spending the rest of your life with such a person is good.

Avoid men with these above qualities, don’t have in my mind that you will change them when you later marry. If you cant change such man now, what is the assurance he will change later? Don’t decide just for today alone, think about your future.

Content created and supplied by: Aybam4 (via Opera News )