"I am a private person"- man tells his girlfriend after she demanded to meet his family.

Many people have different takes and opinions when it comes to when it is the right time to involve family members into a relationship. This may include informal introduction of one's partner to either the parents or a sibling prior to their engagement or subsequent marriage. This has also been a sensitive issue as people get scared If they make such introductions too soon and the relationship does not work out, they might just be made a fool of.

This could be the case of this young man who in the WhatsApp conversation screenshots, tells his girlfriend that he is a private person and would not want family members interfering with their relationship, at least not yet. This became a matter of discussion when his girlfriend told him that she had taken the liberty of telling some of her family members about him. This revelation did not sit well with the man who claimed he was a private person and did not need family members interfering in his relationship.

The man also took offence to the fact that she has already told some of her family members about their relationship and it wasn't right to him. His girlfriend then insisted if he wouldn't want her to meet his family members, at least she could meet his sister. This he also disagreed, saying she should wait until the are about getting married. Their relationship at the end of the convention took a rather bad turn when it seems as though they were going to end it soon. 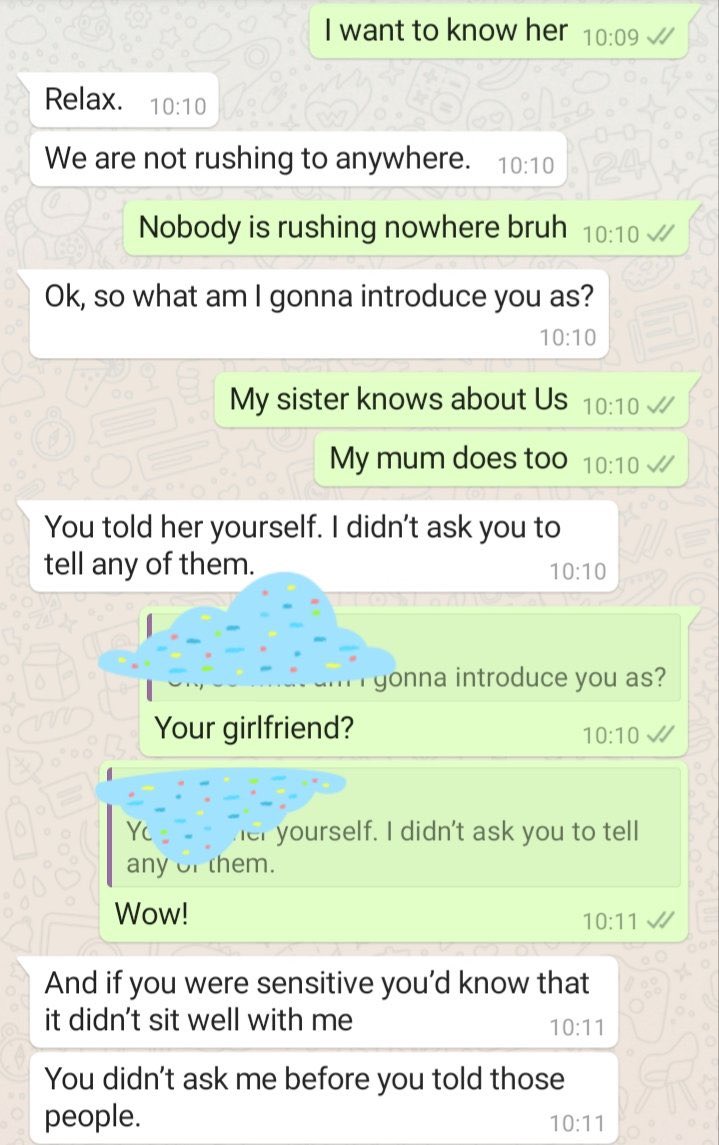 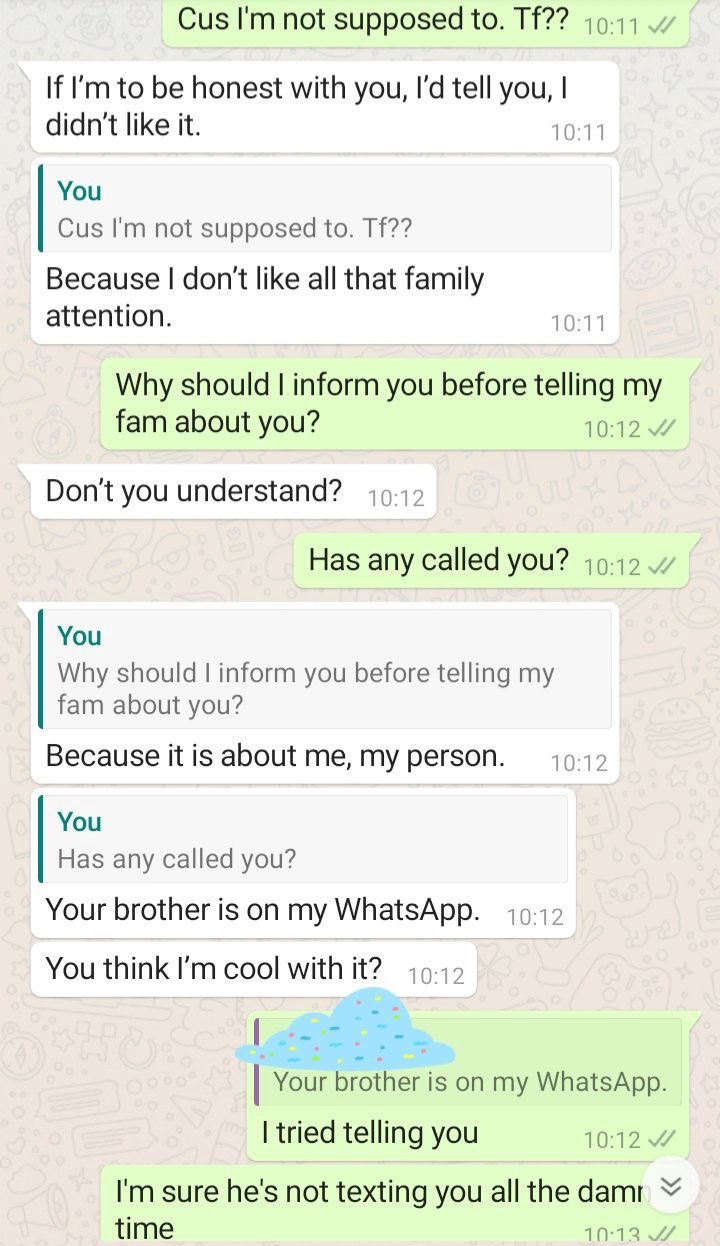 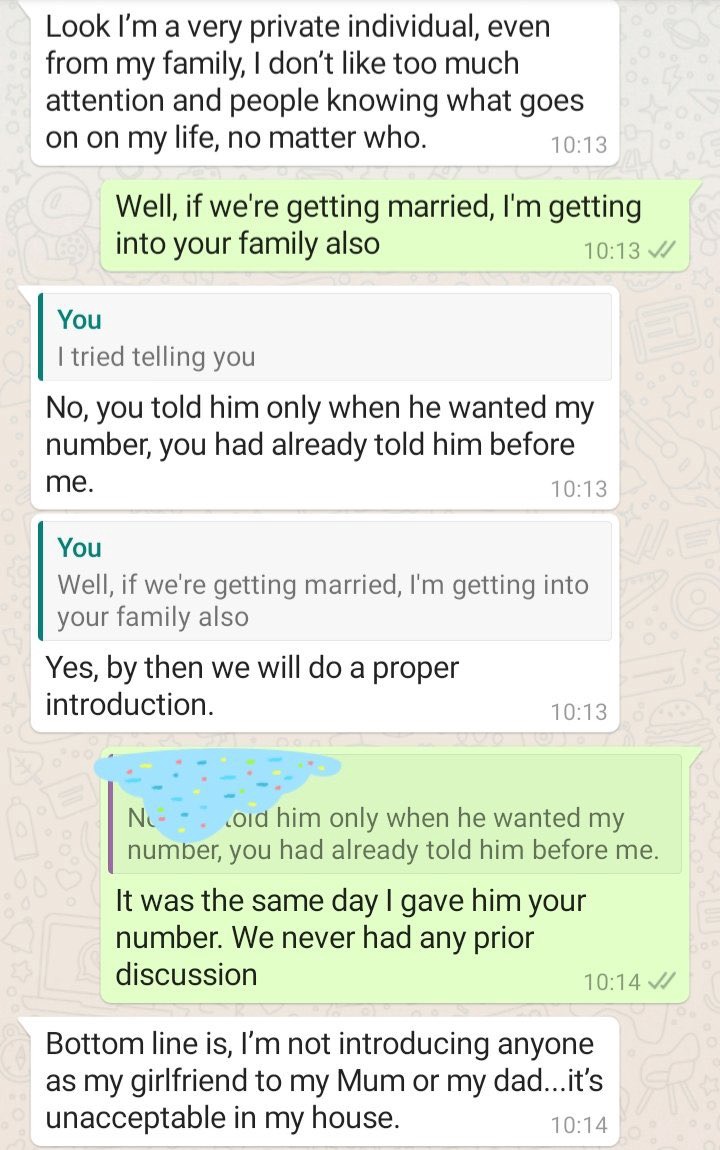 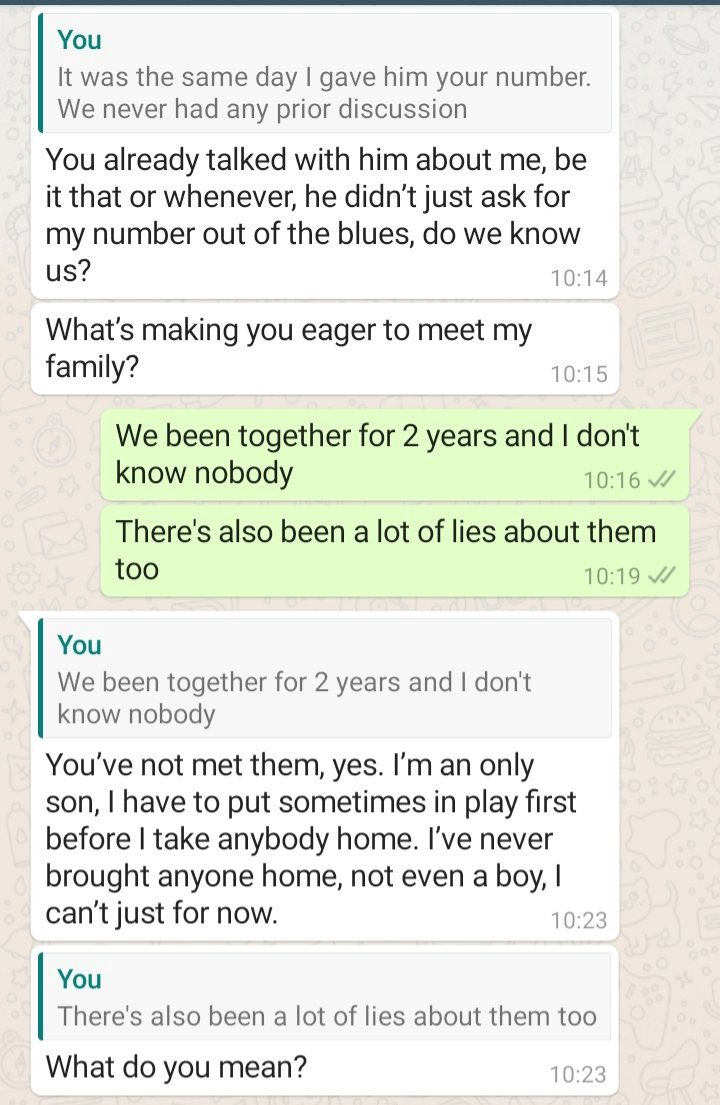 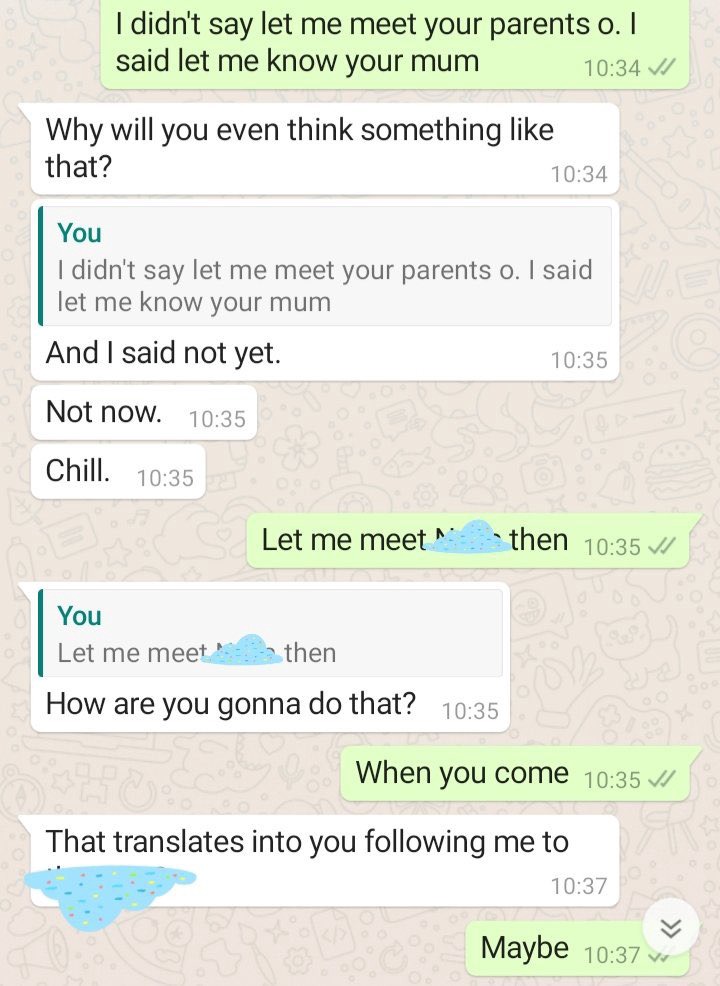 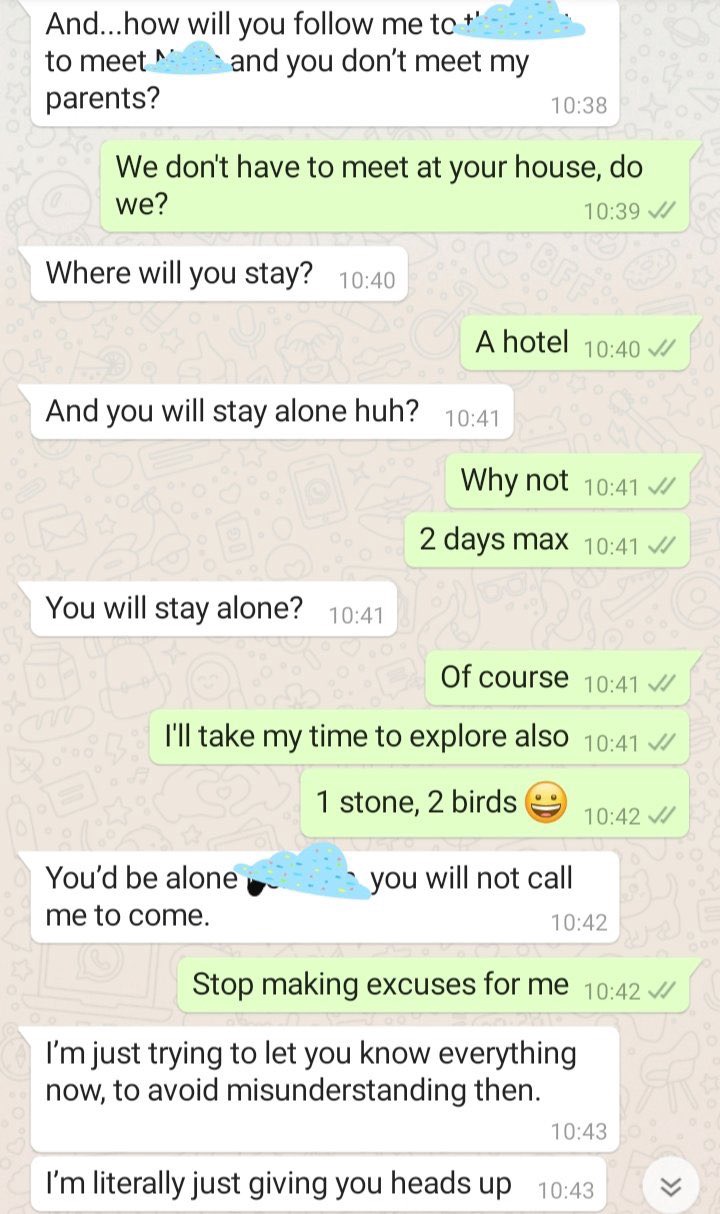 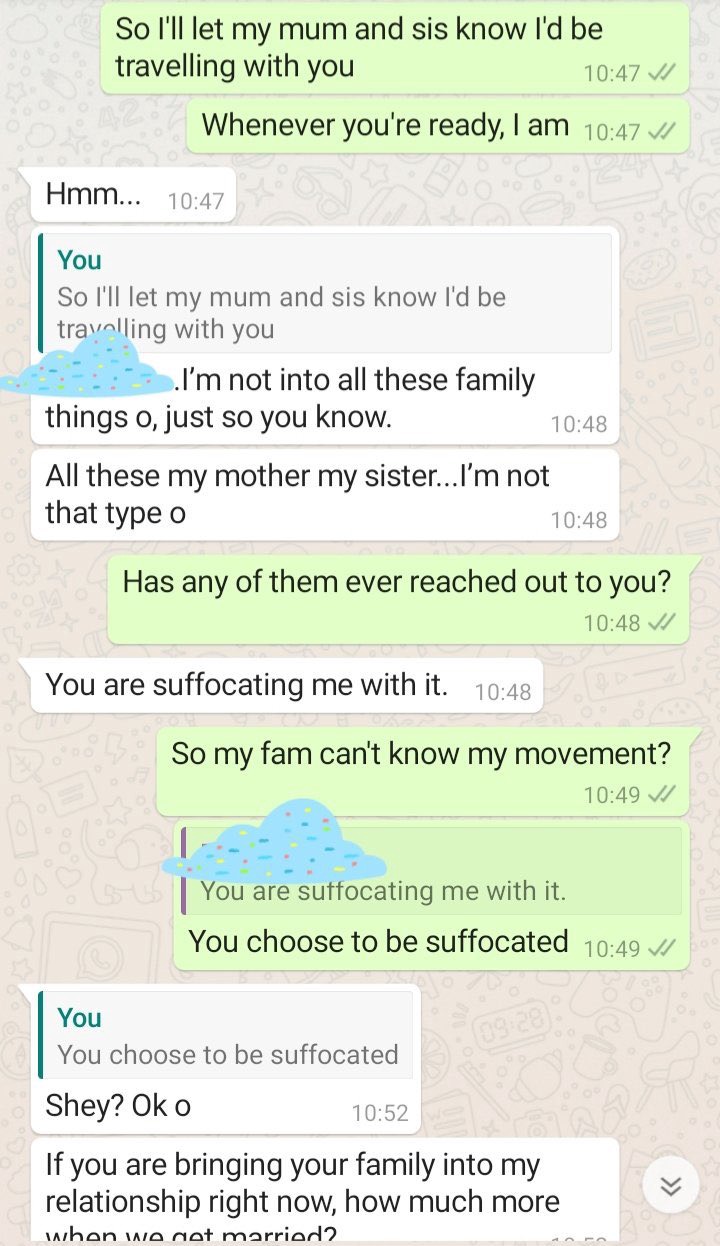 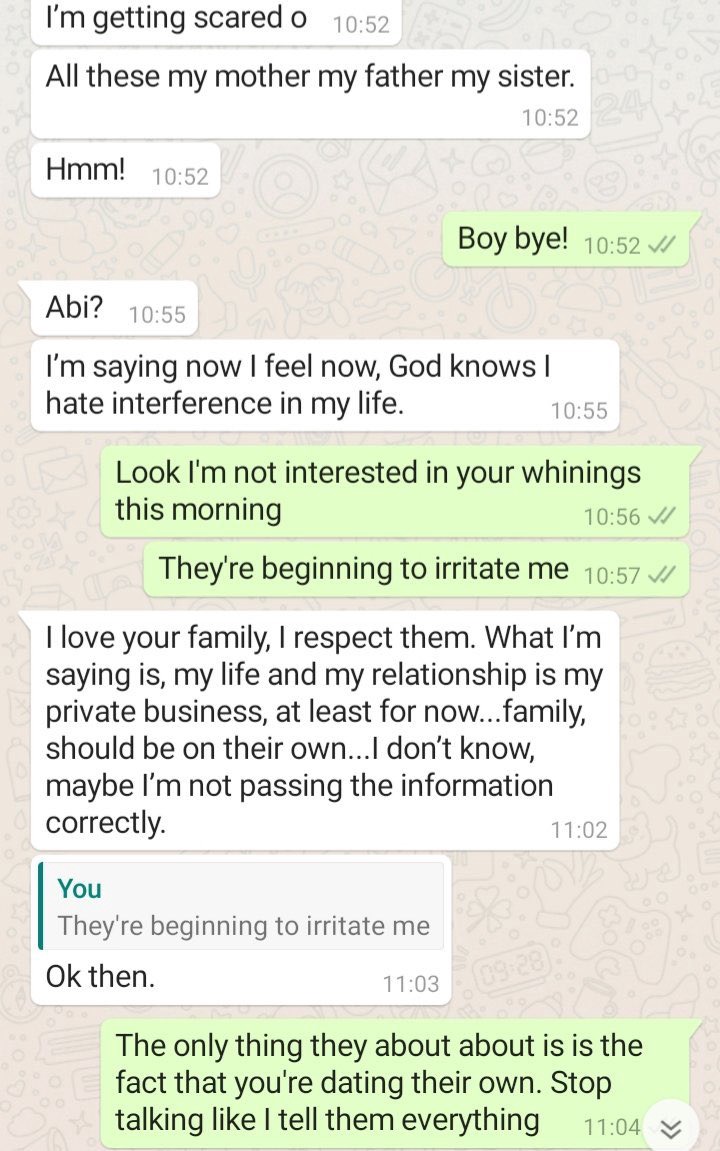 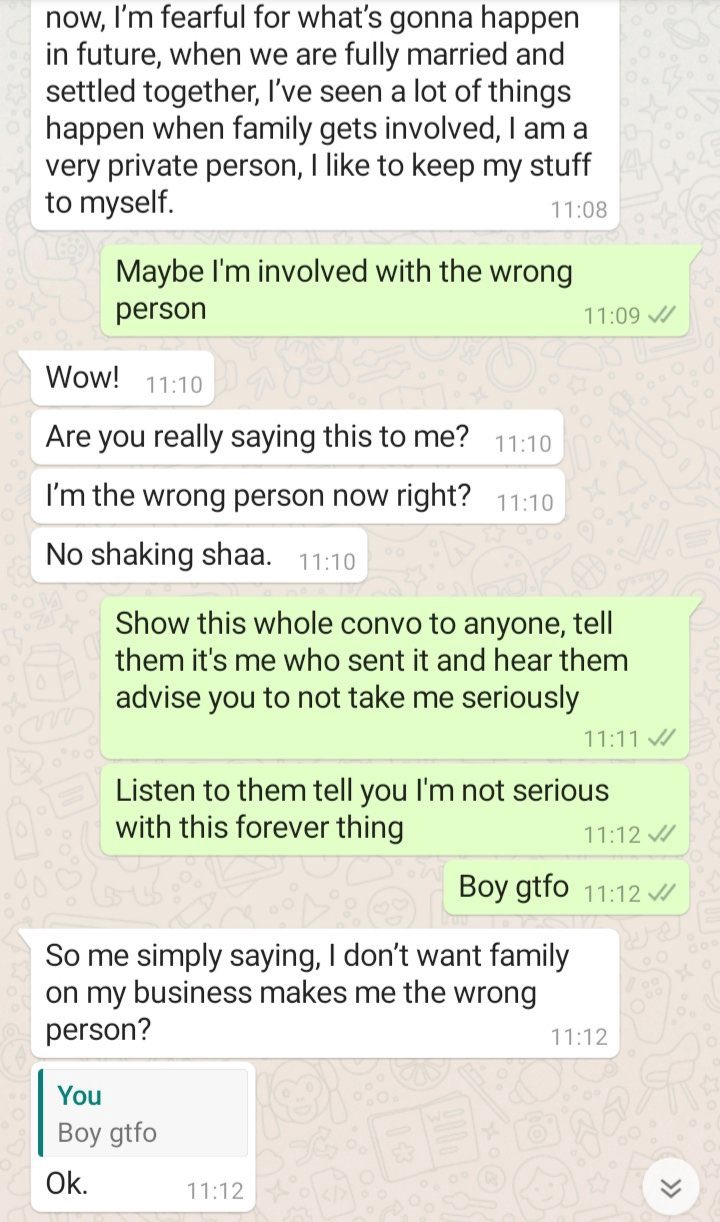 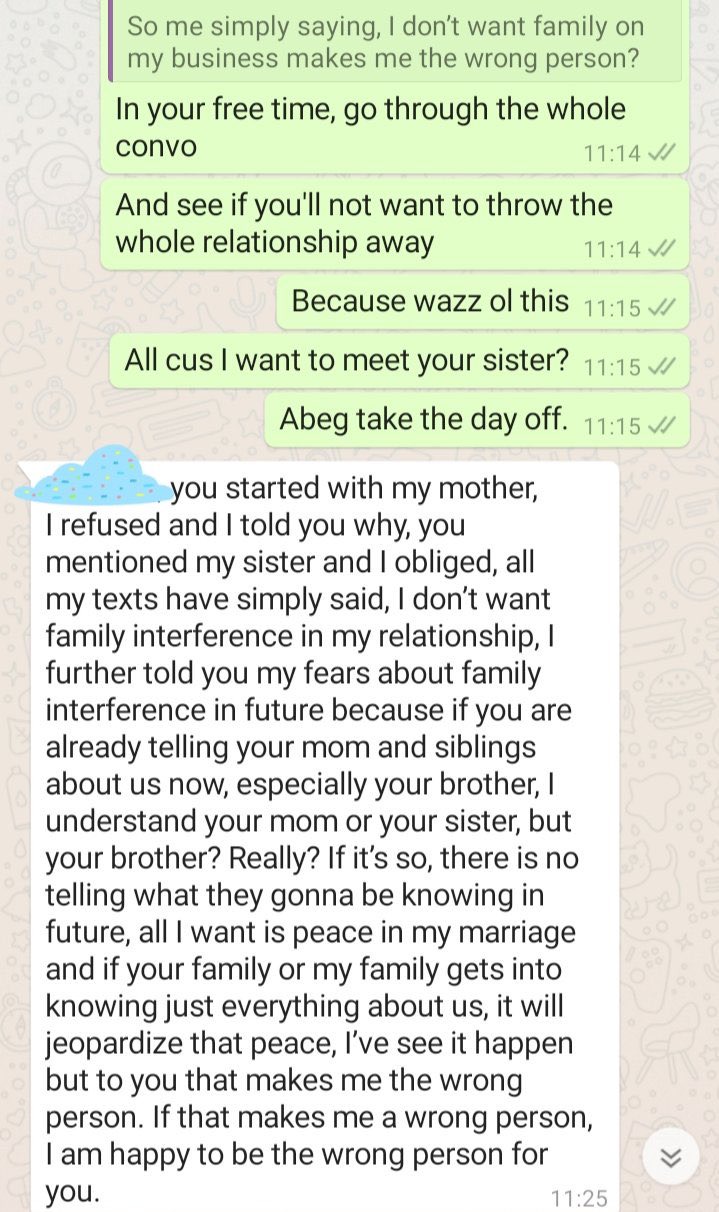 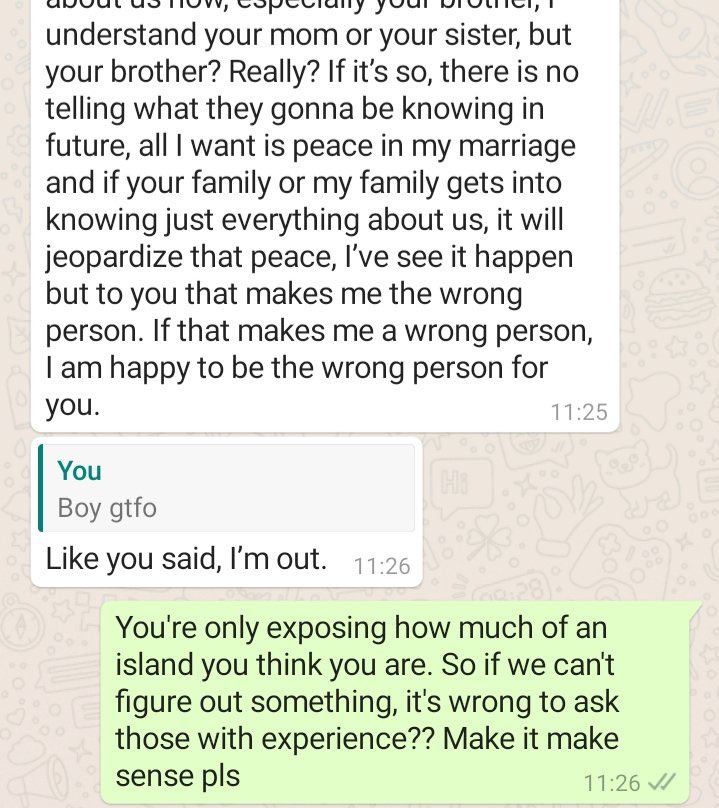 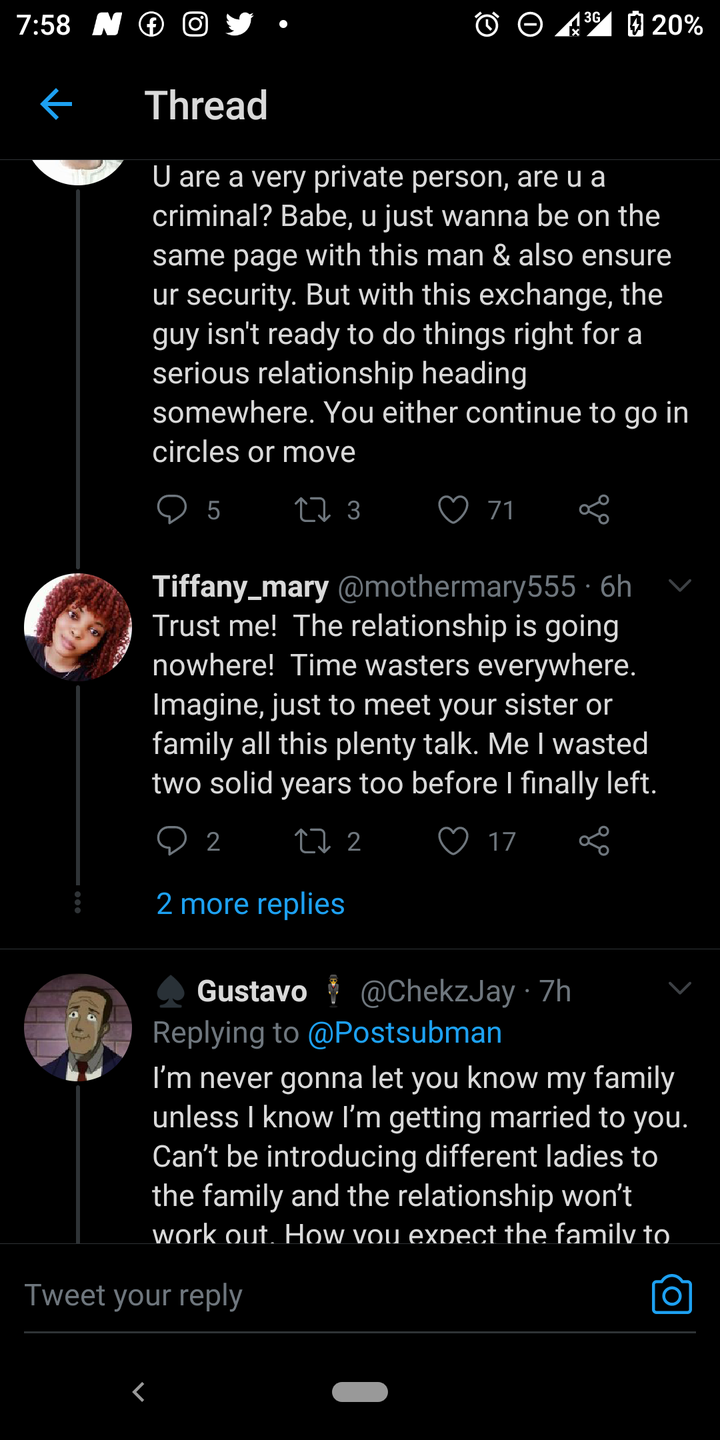 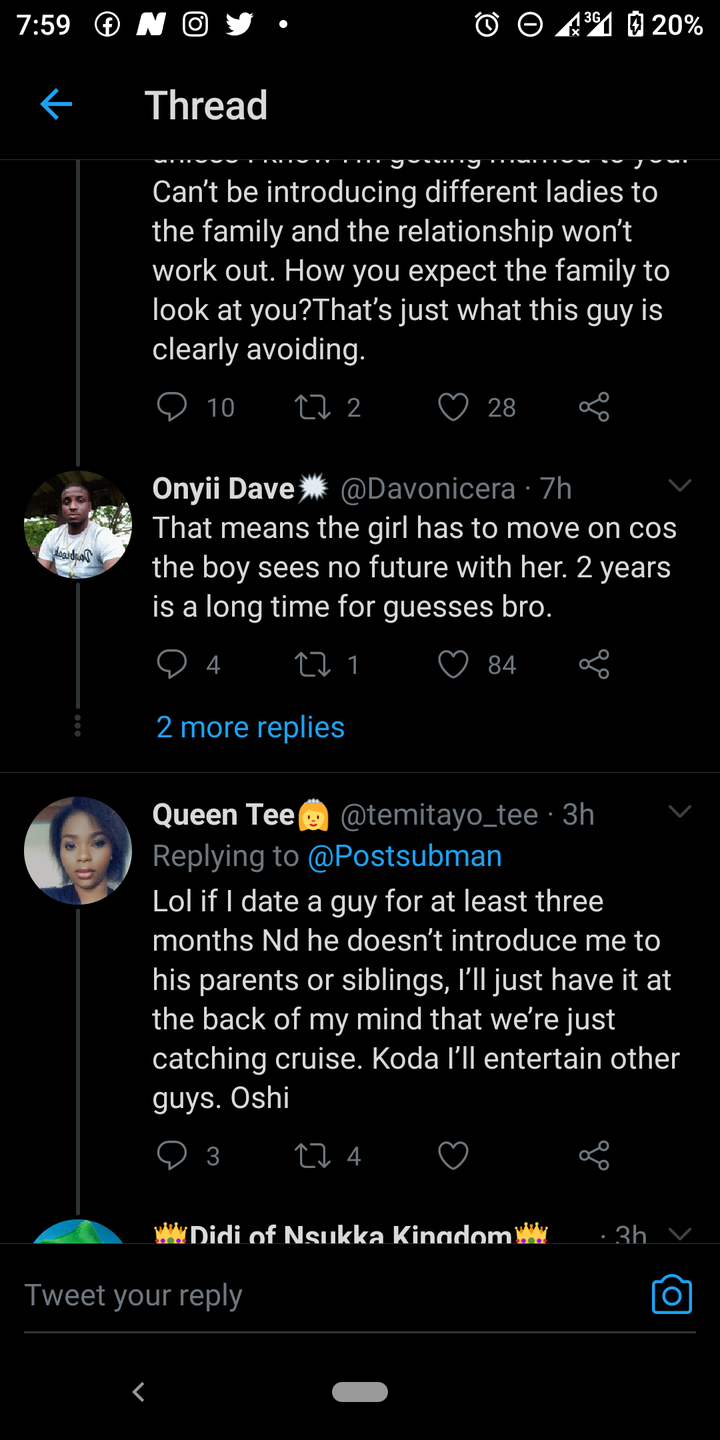 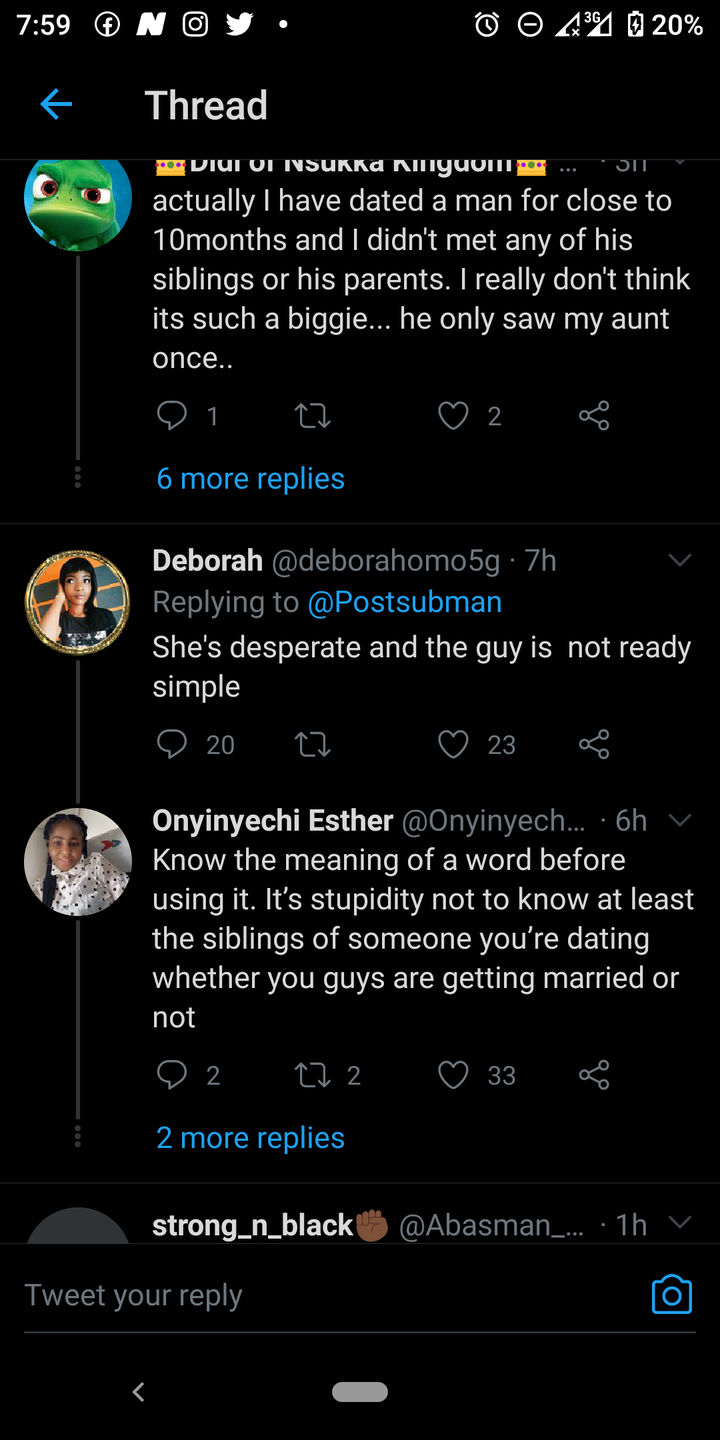 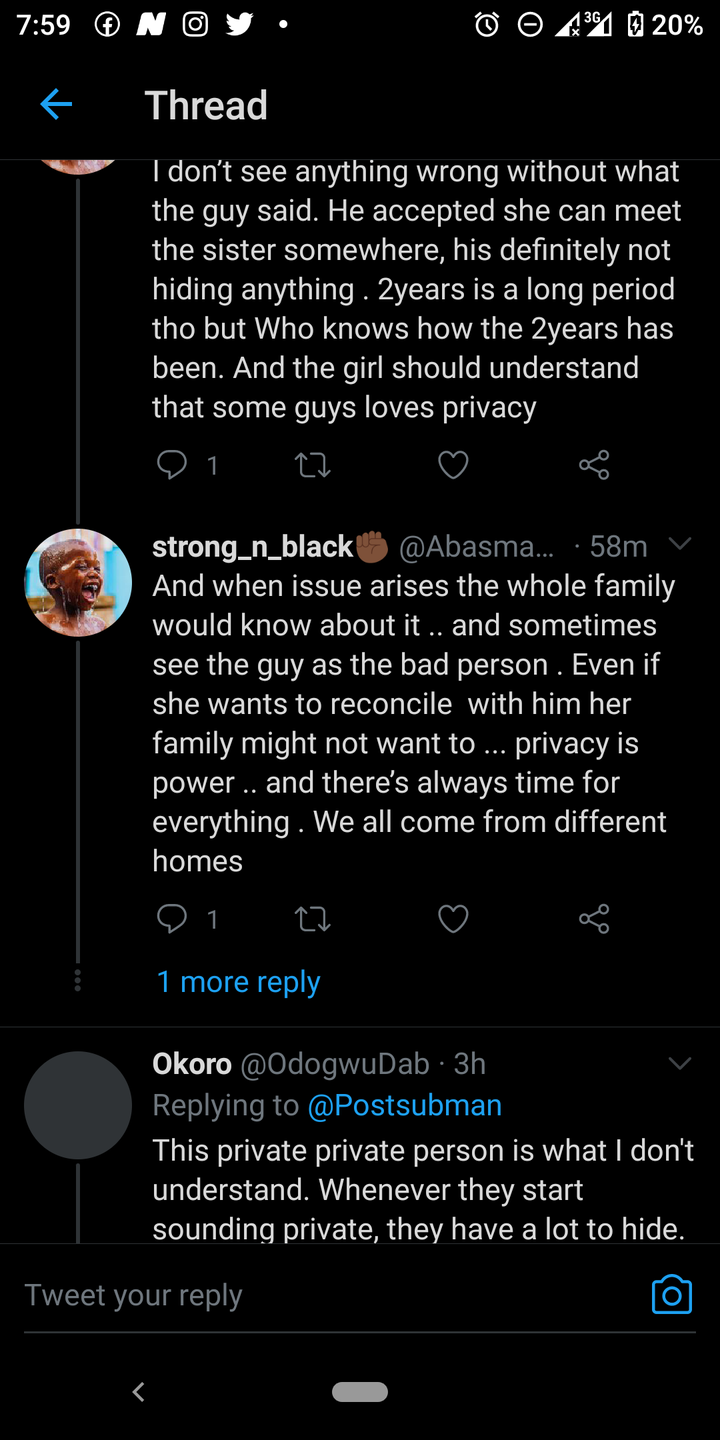 Content created and supplied by: PenGod007 (via Opera News )