Ladies, check out 9 reasons why your man is cheating on you 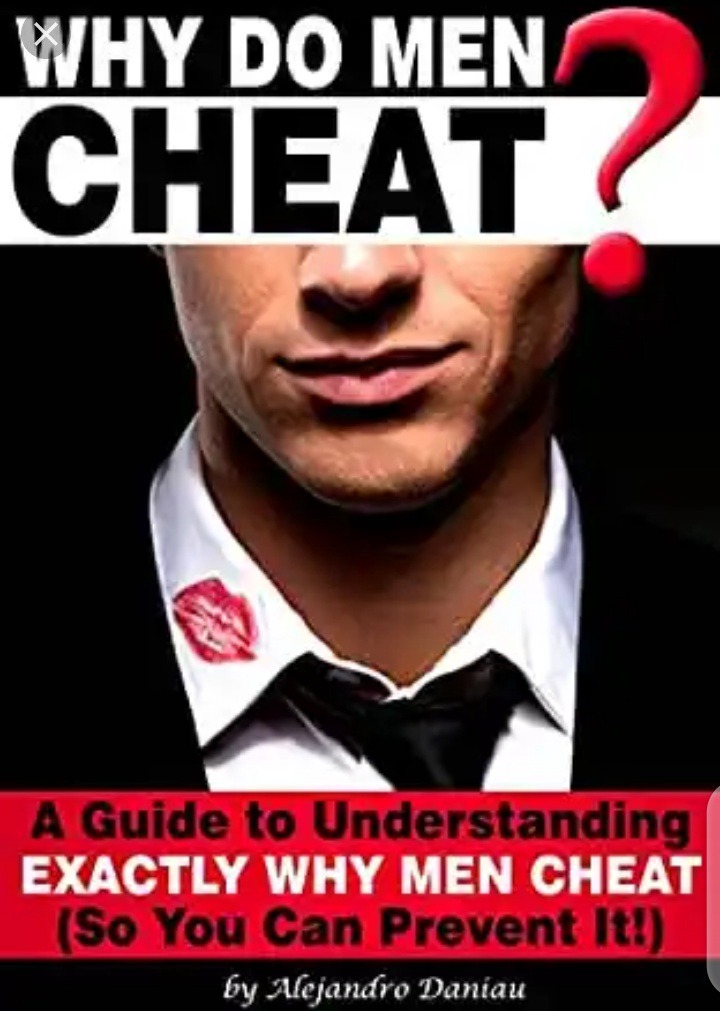 So why do some men cheat in relationships? Almost all men know that cheating is wrong, yet many still do it. Men will blame their reasons for cheating on been men and their necessity to reproduce. However, aren’t we suppose to be further evolved than a monkey?

Shouldn’t we be able to control our bodies through our minds and conscious decisions? Apparently, not always.

Men like Arnold Schwarzenegger, Tiger Woods, Jesse James and lots more, had it all: talent, fame, money and a beautiful family but yet with everything, they were accused of cheating on their wives.

Approximately 40% of men seek sexual satisfaction outside their relationships, estimate Kat Hertlein, Ph.D., Professor of human development at the University of Nevada-las Vegas and a marriage and family therapist. They’ve evolved the desire to be with several women; One act of sex versus nine months of pregnancy for women, so to create as many offspring as possible they’re biologically programmed to mate with many women since time immemorial. Example is Tuface in Nigeria. 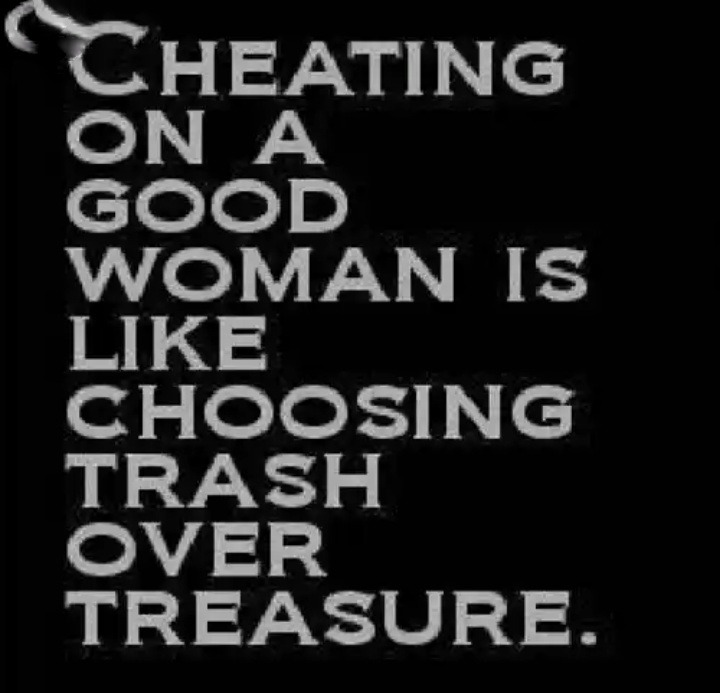 Seeking Variety: Some men get tire of eating rice for dinner every night and want to try another food. The same goes for love making with a woman. That’s why men don’t necessarily always cheat with women who are more beautiful than their partner.

Nagging Partners: A nagging wife or girlfriend can drive her man speedly into the hands of another woman.

“No Matter what a woman does, it wasn’t an excuse for cheating, whatever the problem with relationship, its not that healthy to begin with if it leads to infidelity” a marriage councilor says.

Men will cheat often times to get away from an overly critical or argumentative partner. Nobody wants to be around someone who is constantly on them about something.

Many women derive joy in fighting, not just only their partners but their neighbors and anyone who offends them. In such cases, men would prefer to stay outside.

Just For Fun: Most guys who have affairs are getting in touch with their inner caveman: they like to play with fire. “it adds a level of danger, Dr Solomon says “and danger adds to the excitement”

But Solomon so says men cheat also because of fear, loneliness or anger.

For most guys, love making and love means entirely different things. We really believe “I can still love my wife and want to have make out with other women” we separate it in our Brian’s not heart.

If a guy is in a committed, monogamous relationship, he should ask himself this question before he cheats: is it worth it? He should consider the worst case scenario, of if he partner finds out and how will the aftermath be?

Refusal of their partner to have sex with them: let’s face it. Men wants more sex than women.

So when their partner claims to be tired from taking care of kids all day and unwilling to try new things, even the most loyal hubbies get bored and go looking for alternatives.

If a man is not getting enough from his partner, there is a good chance he will have an affair. Just because you have a husband or boyfriend doesn’t mean you should stop trying. Apparently, long term relationships seem to put off sex drive form some women, leaving men gasping for fulfilment.

Many women starve their partners of this because they are working and would therefore tell Their partners they are tired after working or would claim to have headaches or not feeling well or just give some excuses to avoid making love with them.

Temptation/Opportunity: women should always remember that men would always be men. Many men finds it hard to resist temptation, especially when it’s at their fingertips.

Phones and access to the internet has made it more easier for men to cheat anytime and anywhere; while they’re watching TV, at place of work, at home, even while they’re in bed with their wives.

A marriage counselor says “cheating is anything that Bridges a relationship contract” that includes sexy Communication or text messages that is kept secret from your partner.

What eyes don’t see, the heart doesn’t feel, goes the old adage and it still holds true, as long as there are no cameras around. The knowledge that no one will find out is the reason why most men cheat in any given opportunity. But be careful; as men get craftier with avoiding detection, women get more sophisticated with detecting, not to mention boosting their spy network.

Distance: Due to the nature of work, some couples are living in separate locations. Most home/relationship are been scattered due to distance. Everyone is busy with making money and sometimes not deliberate but it makes it easier for most men to just look for means to satisfy themselves even if not regularly but once a while. Couples should avoid unnecessary distance a much as possible. There could be an alternative if it’s very essential for the distance, one can decide to come and stay with the other depending on which one gets more pay at the end of the month.

Ego Boosting/Challenge: Sometimes men no longer feel like they are attractive to the opposite sex and when a woman shows some interest, not only does a man reach, he may allow her to stroke his ego and more. Some men simply cannot leave behind the thrill of the hunt, the chase and the conquest. For other men, the excitement is in the variety, like changing ice cream flavors for one day after years of sticking to just one.

Some men who don’t even have money Believe in their sugar coasted mouth to woo beautiful women which they see as challenge and in many instances succeed in their exploits.

Fallen out of Love: A couple might not have as much in common as they thought before they got married. Later, the man may meet a woman who has more in common with him, who loves football or read novels like him. He may check out if he is compatible with her under the sheets also. If all these are okay, he may cheat on his partner with her or even just her outright.

Some changes in the woman can lead to this sudden change on him. If for instance he got married to her slim but now she’s two bedroom flat, or maybe she stops taking care of herself as before or her change in character can just cause a change in him.

At times, some women might just love having male friends instead of female friends and their partner might misinterpret this and assume they are cheating on them. So men, be aware! 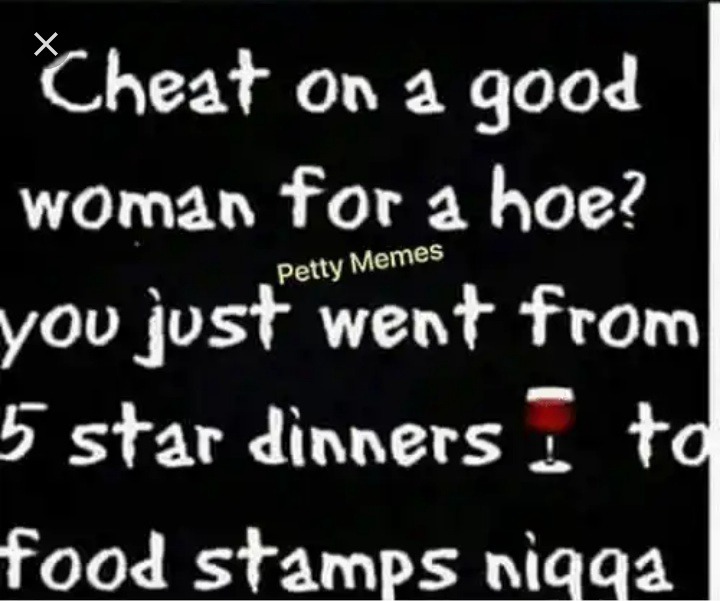 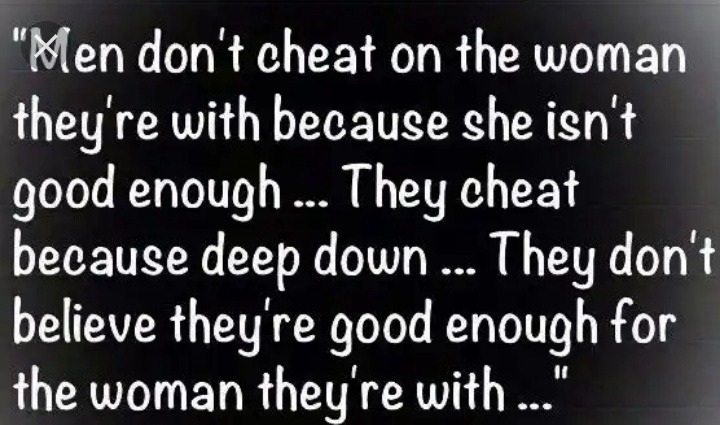 Considering these factors, do you still feel as a man, it’s okay for you to cheat on her?