By Kunlex4star (self media writer) | 2 years ago 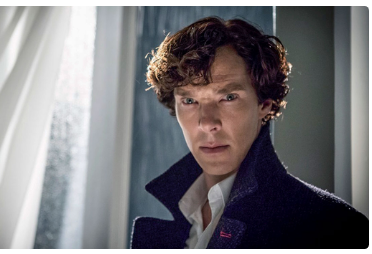 It's appropriate in any situation and it's a better response than most of the things we say.

1.Say " Thank You" when you are receiving a compliment.

We often ruin complements by devaluing the statement or acting overly humble.

Internally,you might think this prevents you from appearing arrogant and by deflecting the phrase of a genuine compliment,you don't acknowledge the person who was nice enough to say something.

Instead of: "oh,this old thing?"

Been late to work or school is the worst,it's stressful for the person and it's disrespectful to the person,who is waiting.

It might seen strange to thank some one for dealing with your hassle,but that's exactly the correct response,most people stumble in the door and say, " Sorry I am late " .

Instead of: " Am so sorry ,the traffic was insane out there " .

Try Saying: " Thank you for your patient,it was traffic insane out there " .

When we make a mistake,some one else ,often makes a sacrifice,our default response is to apologize, for our failure,but the better approach is to praise their patient and loyalty.

Thank them for what they did despite your error.

3.Say " Thank You " when you are comforting someone.

When someone comes to you with bad news,it can be awkward.

You want to be a good friend but most people don't know what to say.

What we fail to realize is that,it doesn't matter if you don't know what to say,all you really need is to be present and thank them for trusting you.

Instead of: " At least you have a lot of fond memories to hold unto " .

Try Saying:Thank you for sharing that with me,I knew this is a hard time for you ".

Example: Your brother lost his job

Try Saying: " Thank you for sharing this with me,I am here to support you " .

In the time of suffering,we don't need to hear words to ease the pain as much as we need someone to share our pain.

4.Say " Thank You " when you are receiving helpful feedback

Feedback can be very helpful,but we rarely see it that way,whether it's an unflattering performance review from your boss or an email from a customer,the standard reaction is to get defensive.

That's a shame because the correct response is to simply say " Thank You " and use the information to improve.

Example: " I bought your product last week and it get broken at the start of a conversation " .

Try saying: "Thank you for sharing your thought. We will serve you better next time ".

Nobody want to fail,but failure is just a data point to success.

Respond to helpful feedback with thanks and use it to become better.

5. Say " Thank You " when you are receiving unfair criticism.

When you thank someone for criticizing you,it immediately neutralizes the power of their statements.if it's not a big deal to you,then it can't grow into a larger argument.

Example: " Your statement is the dumbest thing ".

Try Saying: " Thank you for the feedback,I still have a lot to learn " .

Realizing the need to win every arguments is a sign of maturity.

Someone on the Internet said something wrong,win the argument by the way you live your life.

Content created and supplied by: Kunlex4star (via Opera News )