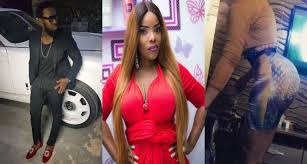 In today's world the general approach towards sex has changed and instead of it being something that one engages in after a certain time, it can take place without too much time having passed. And like most things in life, there are pros and cons to this type of behaviour.

For some people, having sex will lead to nothing more than physical pleasure and there won't be any emotional ties created as a result. And then there will be other people who find it difficult to separate the physical side of things from the emotional.

But at the same time, given the right circumstance, each of these people could end up swapping roles. So someone who usually doesn't feel anything could end up getting emotionally attached and the person, who usually gets attached, could have an experience that is only physical.

The first person could be said to be more suited for no strings attached relationships and the second person would be more suited to a relationship. But in today's dating culture, this is not necessarily going to put someone off from going against their true wants and needs.

When the body has the urge, all sense of reason can go out of the window. And unless someone is extremely disciplined and emotionally together for instance, the temptation can be too much to resist.

So when one goes with what their body wants and has what could be described as instant pleasure, their mind and heart can also come to other conclusions about what is taking place.

It could be that one knows a few things about the other person or this could be an overstatement and they might not know anything whosoever about them. And if sex was something that always had no effect on someone, then ones lack of knowledge towards the other would not be a problem.

For the person that simply engages in the physical side of things and then moves on with their life, the consequences are likely to be minimal. But when ones end up getting emotionally attached, there is going to be the potential for so much more to occur.

It is said that when one has sex their brain releases a hormone called oxytocin and what this can lead to is one feeling attached to the other person. And this can create the emotional experience of being in love.

When one is having sex with someone they appreciate and respect, usually their partner, this is going to enhance the relationship. And yet in the case where one knows very little about the other, this can cause all kinds of problems.

Now, this internal idea of the other person that is creating the illusion could start to diminish after a short while or it could hang around for quite some time. One is then at the mercy of it and although their intellectual mind might wonder what is going on, their body and heart could be completely caught up in the illusion.

It can all depend on how attached one has become to the other person and what gets projected onto them. And this whole process can be influenced by what is going on for someone at an emotional level.

Because while it could be said that one is being controlled by the chemicals or hormones that their brain is creating and are therefore powerless to what is taking place, they had to be in a certain place emotionally in order to be attracted to this person in the first place or they wouldn't be in this situation to begin with. And what they are projecting onto the person is often what they have yet to realise within themselves.

It is clear that sex is a biological need and yet this need is also influenced by what is going on for someone emotionally. So one way of avoiding this kind of situation and projecting things onto someone that doesn't posses them, is to deal with ones emotions.

This might stop one form engaging in sex before they know someone better or it might just lead to them seeing the other person in a way that more balanced. And to be aware of what one is projecting onto another and if these have any basis in reality.

Through realising the effects that hormones and emotions can have, one can decide if having sex straight away is in their best interests or not. One might also decide that they need to dig a little deeper and see what emotions need to be acknowledged, processed and released from within them.

And as this takes place, who one is attracted to and attracts will change, as will their behaviour. As this happens, one will have less to project onto others and this is the result of one owing their own projections. What others can give and what they can't, will then become more evident.