6 Signs Your Partner Is Not Fully Over Their Ex

By Lifepost (self meida writer) | 18 days 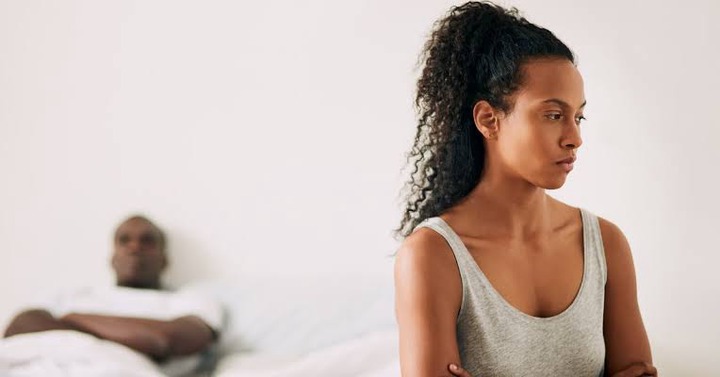 So, the person you’re with had a tumultuous breakup in their past. You were totally cool with it when you first found out. After all, who doesn’t have a past! But now you can’t seem to shake off the feeling that something isn’t quite right.

You may feel that they suddenly became withdrawn or there is a part of them that you just can’t seem to reach.

They brush it off as nothing. But is it really nothing? To help you put an end to that dilemma, let’s look at some of the classic signs he/she is not over their ex.

"People that are still connected to their exes will still have emotional connection to the things and places they associate with them.

They Still Keep Photos Of Their Ex

This one is pretty obvious, but if your partner still keeps photos of their ex around, they're not over them. "It might be in their wallet, on their desk, or somewhere more hidden than that, but it's something they'll refuse to get rid of because they're 'still friends.

He Still Seems Angry With Her.

Past relationship wounds can still sting, but the feelings we have about those former partners should ebb over time.

It's normal to be sad about a breakup, but not after you're in another relationship. Your guy may not still be in love with his ex, but if he continues to act depressed about what went down between them, then he hasn't put it behind him.

She Holds On To Mementos From Her Ex.

Even after you've told your partner that these mementos from her ex make you uneasy, she refuses to give them up, and this presents one of the biggest signs that your partner is refusing to move on from old memories of her previous relationship.

Your partner may get annoyed and make up excuses, or say they'll get rid of these things, but never seem to get around to doing it. You may also notice your partner looking at items, or holding them, and looking wistfully into the distance.

He Compares the Two of You.

One sign that your partner misses their ex is that they openly compare you to them.

Even if they are complimenting you in the comparison, it is typically not a good thing.

It's natural to occasionally think about and compare or contrast things about the people we've dated, but if your partner voices those comparisons, it means that they are thinking about them more than what is healthy.

Tired Of Plaiting Your Hair? Here Are Some Haircuts You Can Try

We Will Use Cows To Process Resources And Sell All Over The World - Adamu Garba.

Ladies, Upgrade Your Wardrobe With These Lovely Short Gowns