7 Early Signs You're Dating A Man who Doesn't Love You

By AfricaMedia (self media writer) | 24 days ago 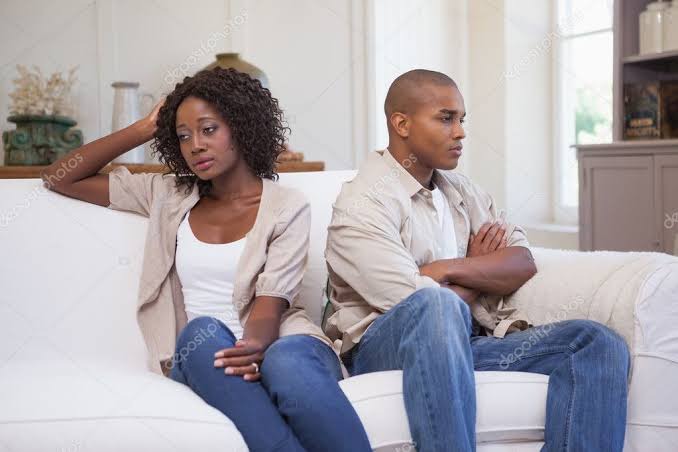 As a woman, if you see some of these characters or negative attitudes in your man or boyfriend, it is a sign he doesn't love you or his love for you is dropped.

A relationship is sweet if you are with the right person, but that doesn't change the fact you guys won't have misunderstanding or conflict at times, we are all humans, and we aren't perfect.

Here Are 7 Early Signs You're Dating A Man who doesn't Love You.

1. He doesn't Want To Have Anything To Do With You In The Public.

But if he wants the relationship to be private only for you to know you guys are dating, it is a bad sign, and there are high chances he doesn't love you enough to show you to the public or friends.

When a man really loves you, he doesn't mind showing you to the public or even boast about his relationship with you. A man who loves you won't be scared of walking with you in the public unless he is hiding you away, or you are his side chick.

2. He doesn't Care About Your Feelings.

He doesn't care if you want to leave the relationship or stay in it. His feelings for you will be so low that even your sad moment won't move him, that because he doesn't love you, or he is tired of you. When a man really loves you, even after a fight, he will still be able to comfort you and make you feel better.

3. He Stops Saying Love Words To You.

When romance dies off, no more sweet words or the word "I love you" will be hard to say from him. When a man you are dating now finds it hard to say I miss you, or I love you, you should know something is really wrong in your relationship, and it is best you can your man to know where you are standing in the relationship.

4. He Gives You No Attention.

This means his love for you is no more, or he has never loved you, and this is a sign he doesn't want to be involved in your life. He is always busy all the time when you want to talk to him, even the way he chats to you slows down unlike before. He stopped asking you about your personal life and how you feel. This is a big sign that he is uninterested in what you do.

5. Sometimes he Gets Angry For Little Reasons.

Little things now make him angry, unlike before. He now yells at you for little mistakes or gets angry when you upset him. His tolerance level towards you drops, and he tries to leave the relationship on a daily basis or when you upset him.

A man who loves you won't be too secretive, like picking calls outside when you are with him. He doesn't allow you to access his phone anymore, as usual, he doesn't tell you about his whereabouts anymore.

A guy who loves you won't be so secretive and won't see anything bad, telling you his location or where he is at the moment.

7. Giving Unnecessary Excuses To Avoid You.

When you try to visit him, he is either busy at work or he has traveled. He won't like having much physical communication with you because he is now tired of you. He gets irritated whenever he is with you, this is a sign he doesn't love you as you think.

Content created and supplied by: AfricaMedia (via Opera News )