"First Time I Messaged Her, She Ignored Me"- Man Shares Story Of How He Met His Wife

By UniqueGrace (self meida writer) | 28 days

A young Man identified as Chinonso Ogboju has taken to Facebook to share the beautiful way he met his wife, and everything that happened before they finally fell inlove. 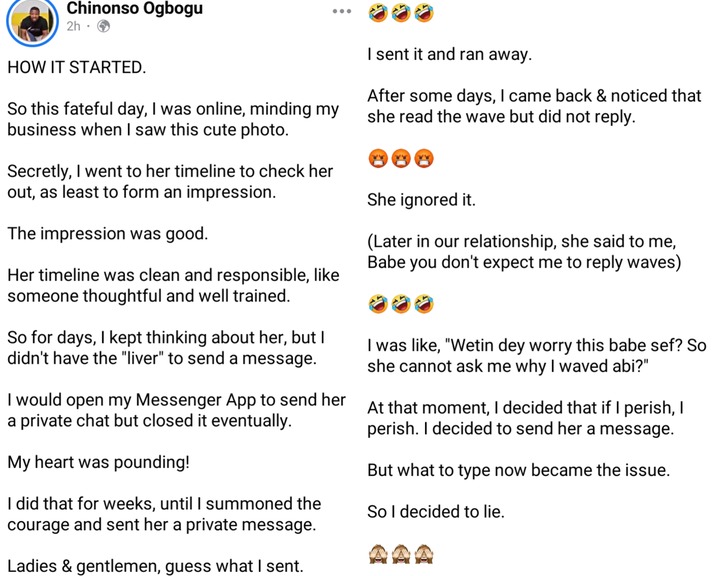 According to him, he was just online scrolling through news feeds, and he came across her beautiful pictures. He went ahead to her timeline to view more of her pictures, he did this secretly and admired her from afar. He noticed her timeline was just clean like a responsible Woman, that was raised right. 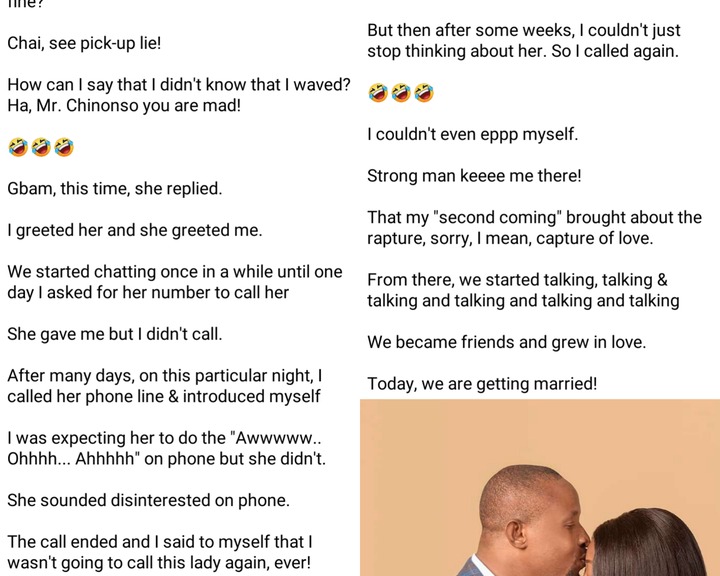 He kept on thinking about her for a few days, bur he was scared to chat her up or even say anything. For weeks he would try to message her, but fear won't let him go ahead and text her. Then one day he finally got the courage to message her, he sent her just one Wave Emoji and nothing more. 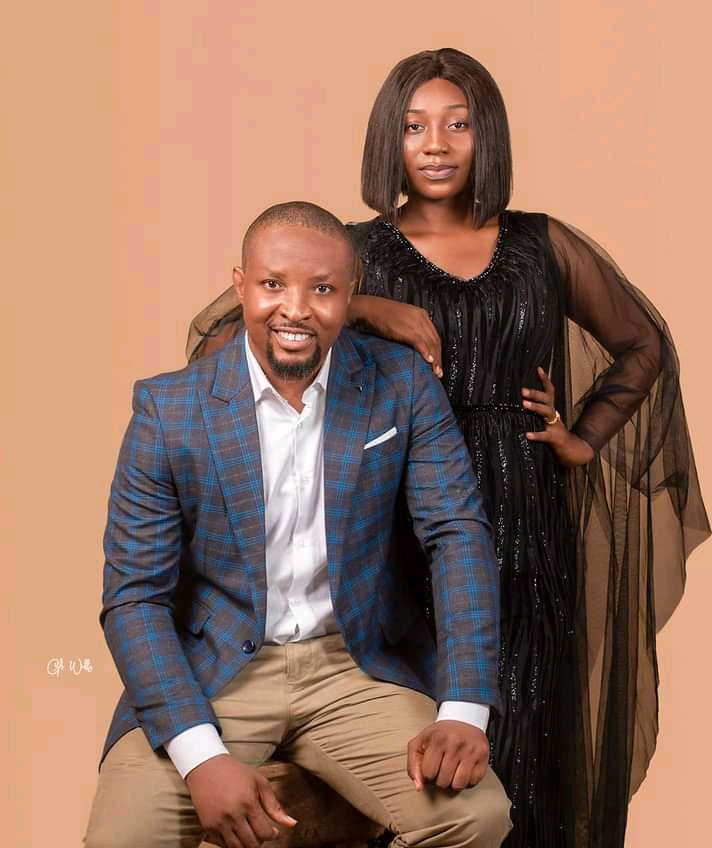 He just waved and left the chat, only to return a few days later that she ignored the message, the first thing he sent to her was read and ignored. Still yet he didn't give up, he now has to lie to her that he mistakenly sent her a message, luckily for him she replied. 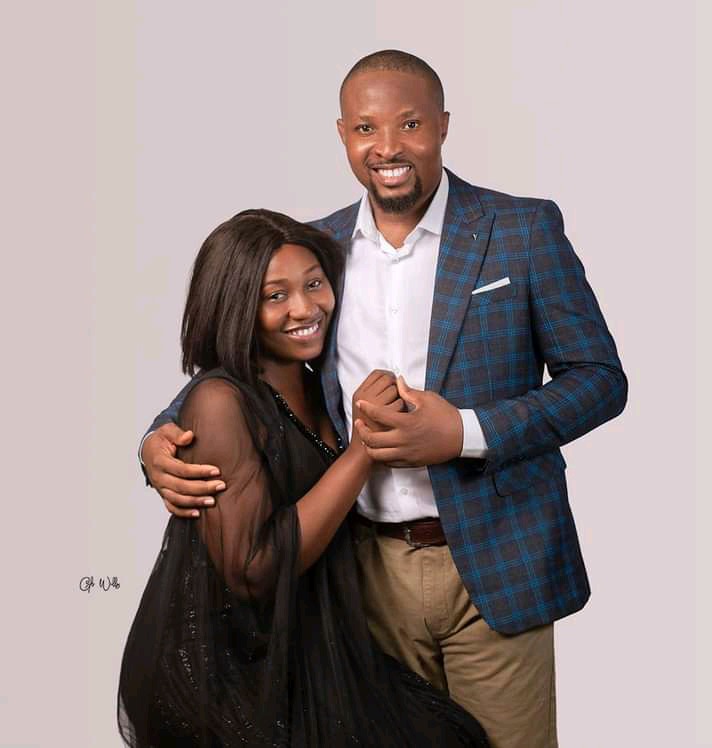 From there they started talking once in a while, until he collected her phone number but he did not call her. It was after a few days that he decide to call her, and they spoke but she was not interested in his conversation. 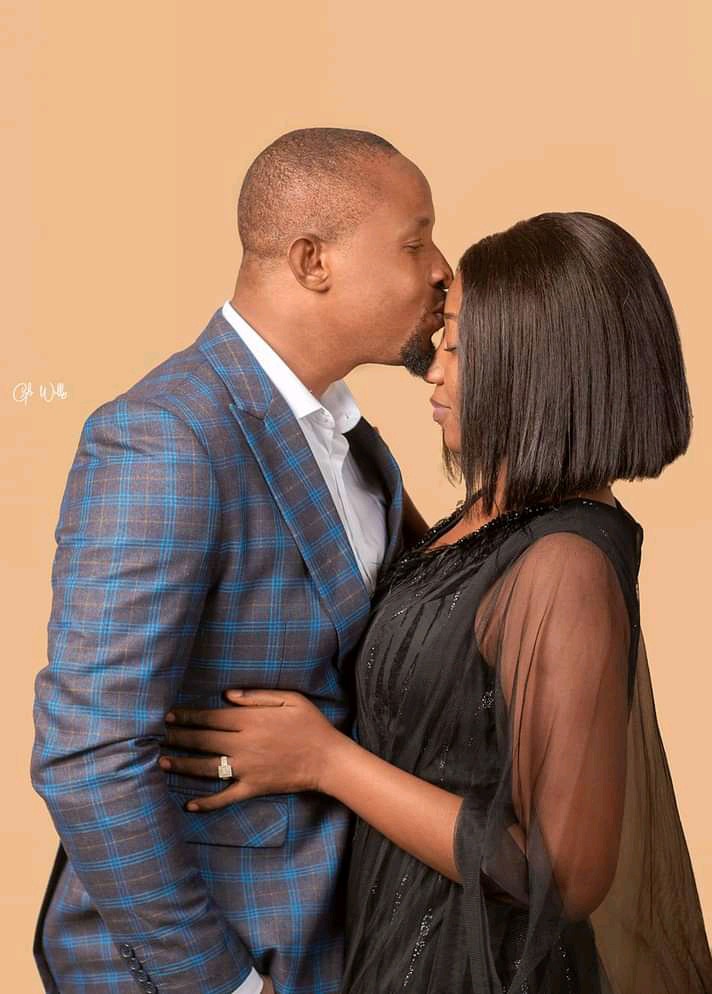 He promised himself that he would never call her again after that attitude, but things didn't go that way. A few weeks later he decided to call her again, and from there they started talking and both fell inlove. Now they are both getting Married, and they are both madly in love with each other, all thanks to the fact that he never gave up on their beautiful relationship.

Bead Lovers / Makers Here Are Top Bead Designs In Nigeria You Should Try Out.

Reactions As Actress Abigail Nebechi Shares Gorgeous Pictures Of Herself

5 Undeniable Signs She's In Love With You

Ladies, Slay With These Outstanding And Fabulous Ankara Blouse