By OhAfriculture (self media writer) | 10 months ago

Following reports of widespread immorality among opposite sex, Kano State's Rano Local Government Area has implemented a bye-law prohibiting the sighting of lovers in public areas at night in Rano town. 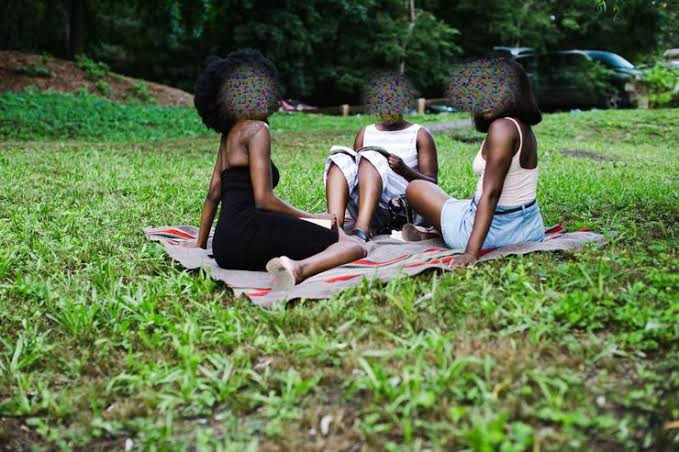 However, the prohibition was raised to checkmate and likely put an end to the promotion of immoral behaviors among adolescents and divorcees in Kano's Rano Local Government Area.

As a result of the prohibition, lovers and couples will no longer feel the need to converse with one another at night, aside from during the day, as stated by the local authorities in Rano Local Government Area of Kano State. 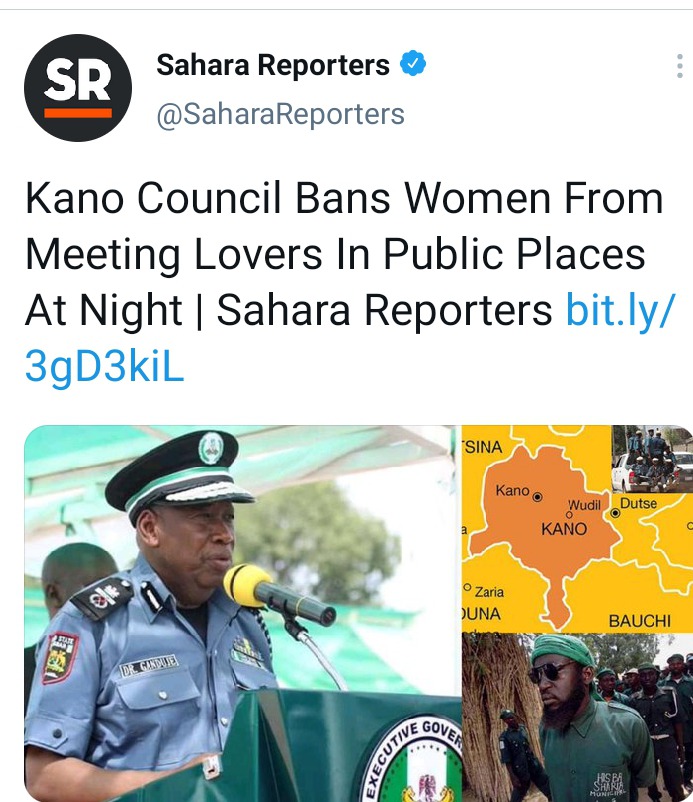 According to SaharaReporters, the restriction was announced at a security meeting comprising both traditional rulers and dwellers of the Local Government Area by Dahiru Muhammad, the Council Chairman of Rano Local Government, through his information officer, Habibu Faragai.

The information officer, while conveying the prohibition on seeing lovers in public areas at night, said the council boss had, but to act by enacting such a legislation after an uproar of high rates of prevailing immorality among boys and girls in the local government. Meanwhile, he claimed that the rule was enacted to help cleanse Rano Local Government Area by prohibiting all immoral acts among boys and girls in the area. Hisbah and all security agents in Reno have also been ordered by the council boss to fully implement the enacted law, including arresting and punishing violators. 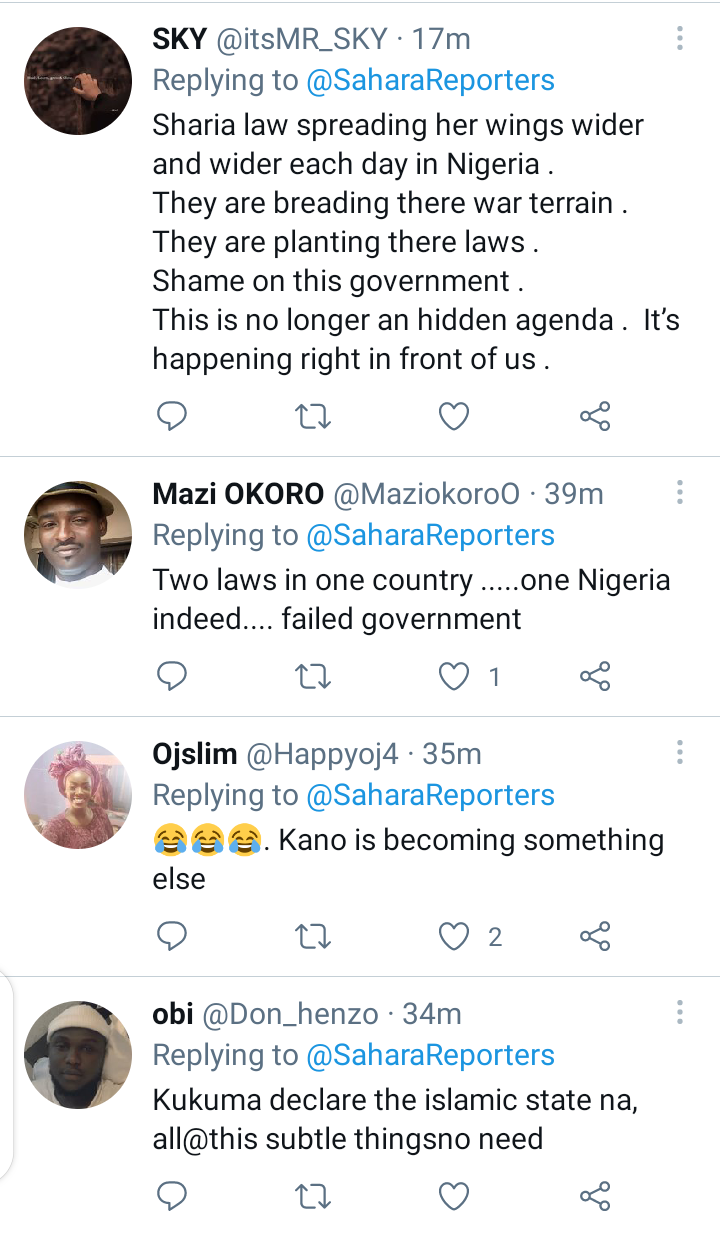 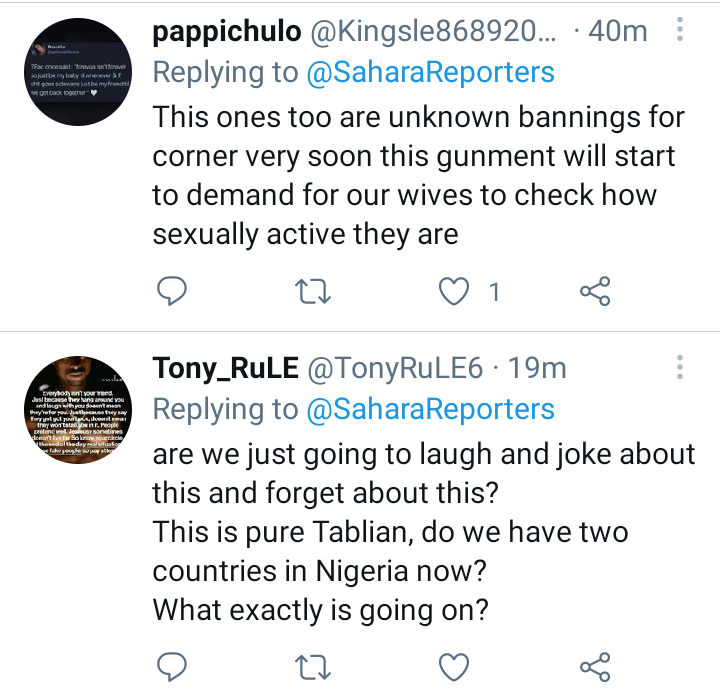 People reacted to the news after SaharaReporters shared it on microblogging platform, describing the prohibition as Taliban-style of leadership and wondering why the country is governed by two separate laws, while also fiercely opposing such a law, claiming there is always a hidden goal to it.

What are your thoughts on the prohibition of seeing lovers in public areas late at night in Rano Local Government Area?

See screenshot of other reactions below: 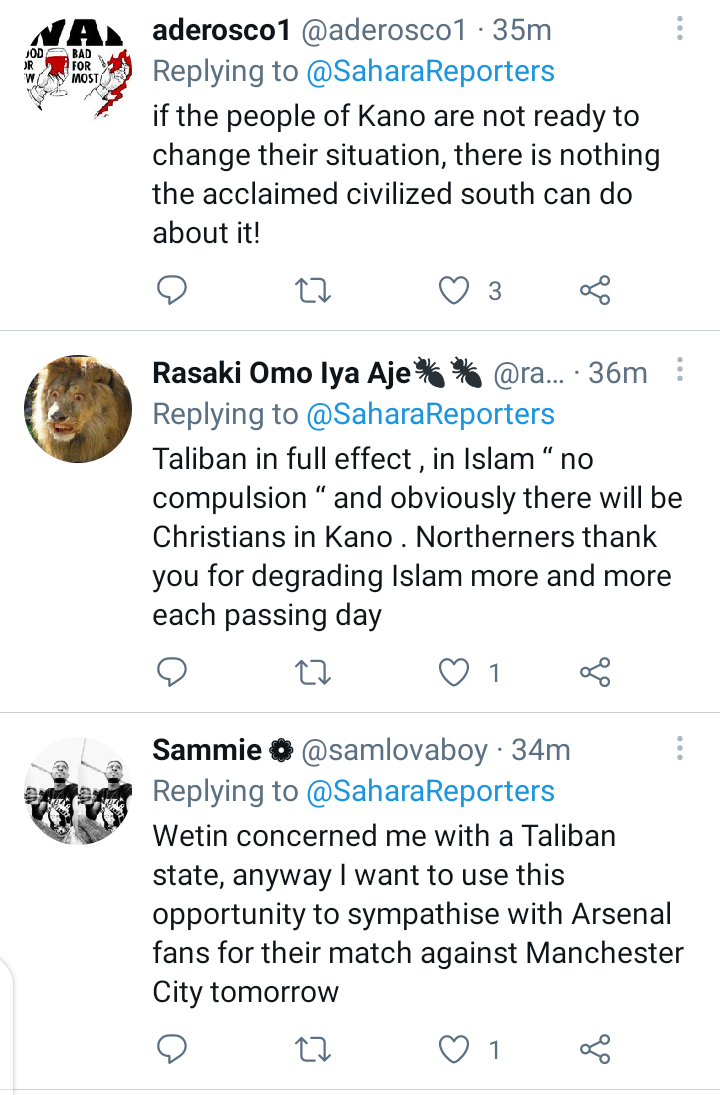 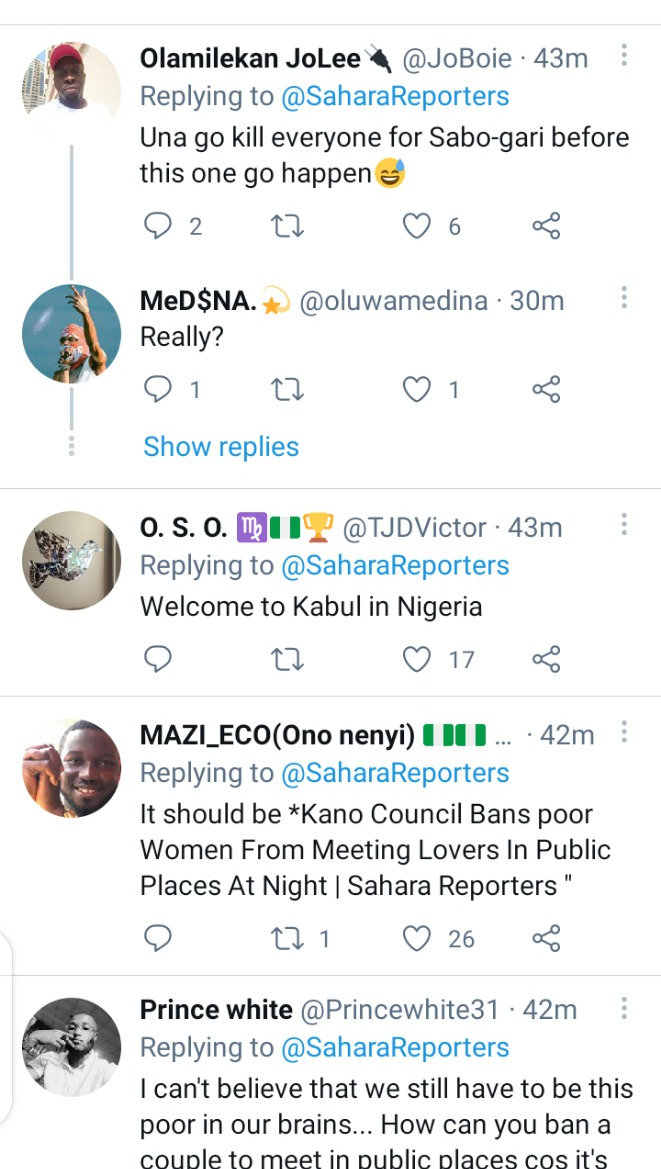