6 Signs your girlfriend is losing interest in you

It can be really confusing and frustrating when your girlfriend starts to act differently and is less invested in the relationship.

Usually, it means that she’s starting to feel bored in the relationship or slightly distant because something or the other isn’t fulfilling her. This can be a result of monotony and predictability. 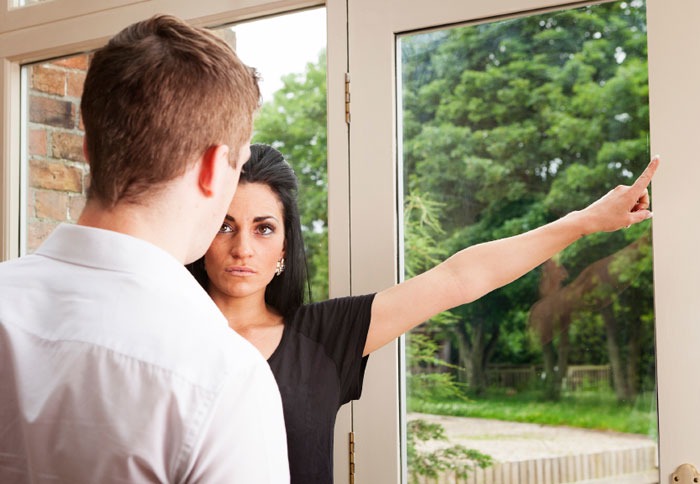 I’ve come to realize that spontaneity is an important characteristic in romantic relationships.

Even I have gone through about when routine dictated everything in my relationship and it impacted the way my partner felt.

It hurts when your girlfriend loses interest in you.

And like most guys, it bruised my ego when we were forced to have a very honest and raw conversation about the way things were going.

Let’s get in the meat of this article on what does it mean when your girlfriend loses interest in you.

Before dealing with a problem, we need to be aware of it, what it looks like and the way it presents itself.

Most guys are blind to these signs and end up missing out on key behaviors that indicate a loss of interest.

Pay attention, make some notes and be honest with yourself when deciding whether your girlfriend has exhibited any of these signs.

1. She doesn’t text or call you often

When your girlfriend goes from texting and calling you all the time to replying only when you text her, it’s usually a sign of poor interest.

Unless she’s upset with you or actually super busy with work or going through a personal loss, there’s no reason for her to stop making an effort.

I’d like to think that women are far more active and punctual with texting than men are. This is especially true when it comes to their partner.

If your girlfriend has slowed down all of her texts and calls, it’s a sign she’s losing interest.

2. She seems bored around you

During a good phase in any relationship, you’ll notice that your girlfriend is all over you. She’s brimming with excitement and clinging to you in the sweetest way.

She hangs on your every word and her eyes almost sparkle with admiration as she looks at you.

However, when this picture-perfect reaction changes to a dull, bored and almost disinterested demeanor around you, it’s a bad sign.

Granted, most couples can’t maintain the honeymoon phase for too long and the two of you are bound to lose some of that insane level of excitement as you spend more time together.

However, a strong and solid interest should remain irregardless of how much time has elapsed.

When she looks visibly bored and this is an ongoing issue, it might be time to consider the possibility that she is losing interest in you.

3. She no longer makes an effort to be romantic

When your girlfriend is all over you and soaks up all the romance as well as makes every effort to be romantic, she’s happy and in love.

When she isn’t doing any of those things and you can sense a degree of distance, she’s not feeling all that great about you or the relationship.

It may not mark the end of your relationship but there’s an issue that definitely needs to be addressed.

When you are certain that the cause of this change has nothing to do with her work life, family life or health, then the most obvious option is that her problem is with you or the relationship.

On the topic of romance, intimacy of any form is a sign of a healthy relationship.

It’s a component but not the only element of intimacy in a relationship.

That closeness and desire to be connected with each other is something that is nurtured and essential to any healthy relationship.

Without it, you’re bound to experience problems. The thing is, a lack of intimacy can stem from a problem and become one as well.

In this case, when she pulls away and you feel like she’s trying to create some space from you physically, emotionally and mentally, it’s a sign she’s losing interest.

5. She argues with you often

As much as bickering and arguing can be a sign of closeness between a couple who are strong-minded and very opinionated, it can also be a sign of disinterest that manifests in a breakdown of communication.

Arguments can quickly become unhealthy for a relationship.

It can cause resentment and insert doubt into what was once a solid and stable relationship with good communication.

When your girlfriend starts picking arguments with you, it could just be a way of adding some excitement and life to the relationship because she’s losing interest and that makes her feel bored or frustrated.

It could also be her way of trying to get through to you or venting because you refuse to take heed of how she’s feeling and what she’s saying.

Treat the root cause of all these arguments rather than the arguments themselves.

6. She’s spending more time with other people or guy friends

Another telltale sign your girlfriend is losing interest in you is if she puts your relationship on the backburner and opts to spend much more time with other people, especially guy friends.

She wouldn’t do that if she felt engaged and excited to see you and be in your company.

There’s a fine line between maintaining your social life and choosing it over your romantic life.

Mothers, Check Out These Stylish Ankara Designs For You To Rock This Coming Sallah