By Novice (self media writer) | 1 year ago

Say: My brother hasn't many books.

Don’t Say: Is there many dust in the room?

Say: Is there much dust in the room?

Use many with plural nouns: many books or many boys. Use much with uncountable nouns: much water or much bread.

Don’t Say: Although the question was easy, a few boys were able to answer it.

Say: Although the question was easy, few boys were able to answer it.

Don’t Say: Although the question was difficult, few boys were able to answer it.

Say:  Although the question was difficult, a few boys were able to answer it.

Few means not many and emphasises the smallness of the number it is distinguished from a few, which means at least some.

Little and A little.

Don’t Say: She took little exercise and felt much better.

Say: She took a little exercise and felt much better.

Little means not much and emphasises the smallness of the amount. It's distinguished from a little which means at least some.

Don’t Say: She gave an apple to every of the children.

Say: She gave an apple to each of the children.

Don’t Say: Each child had an apple.

Say: Every child had an apple.

Use each for one of two or more things, taken one by one. Never use every for two, but always for more than two things, taken as a group. Each is more individual and specific, but every is the more emphatic word.

Note: Each and every are always singular: Each (or every) one of the twenty boys has a book. 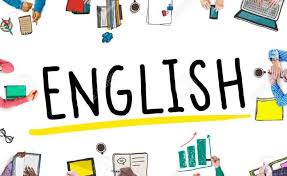 Don’t Say: My older brother is called John. My oldest brother is not here.

Note: Elder can't be followed by than: Jane is older (not elder) than her sister.

Content created and supplied by: Novice (via Opera News )