How 75-year-old Grandmother Marries Her Daughter's Husband after She 'Cheated' on him.

By Nigeriainfos.com (self media writer) | 2 years ago

According to a piece of news available to Nigerianinfos.com has it that 75- year-old Grandma whose name is identified as Galina Zhukovskaya a resident of St. Petersburg city, western Russia region of Leningrad Oblast had ended-up on a bad note with her own biological daughter as her daughter's ex-husband identified as Vyacheslav Zhukovsky decided to go for her mother after daughter was caught cheating on him. 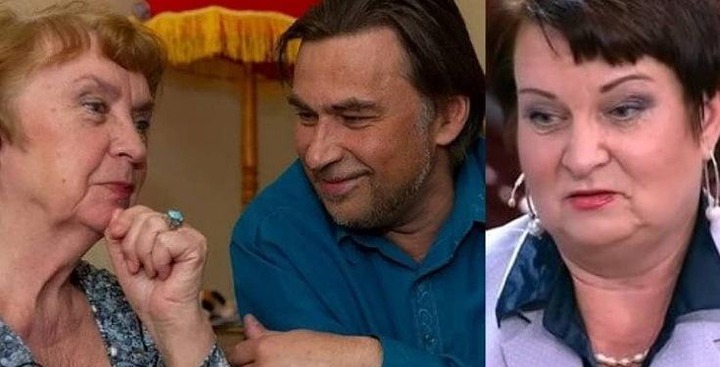 The grandmother who was reportedly to has gotten married to her daughter's ex-husband in the year 2010, in which she ignited their friendship just after the man abandoned his family after he discovered that his wife was cheating him. 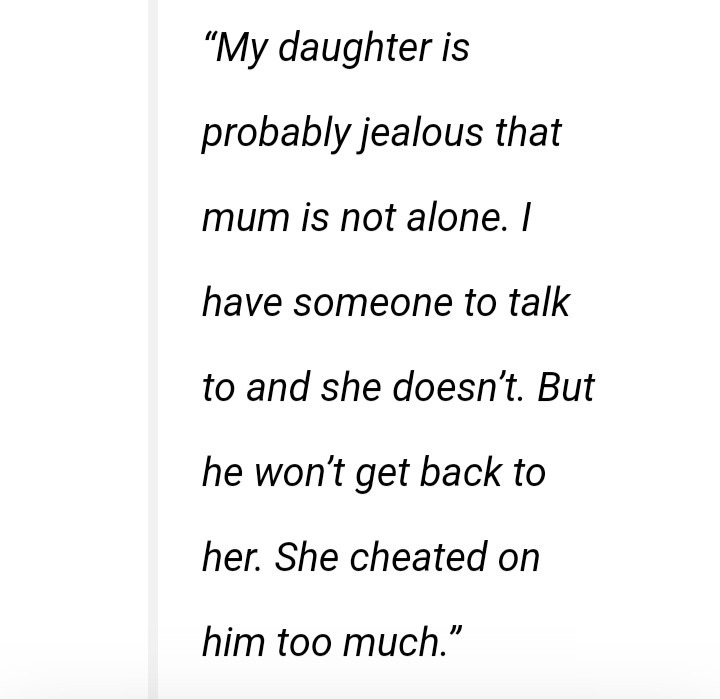 However, Galina gave the man a place to stay after he left his matrimonial home as a result of her daughter cheated on him and that was where their relationship started. The grandmother who spoke to the local media narrates that her daughter, named Elena Podgornaya is trying to steal back her ex-husband from her after he left her matrimonial home in 2010 adding that her daughter is actually facing difficulties finding love again since the incidents after she was dumped by her ex-husband. 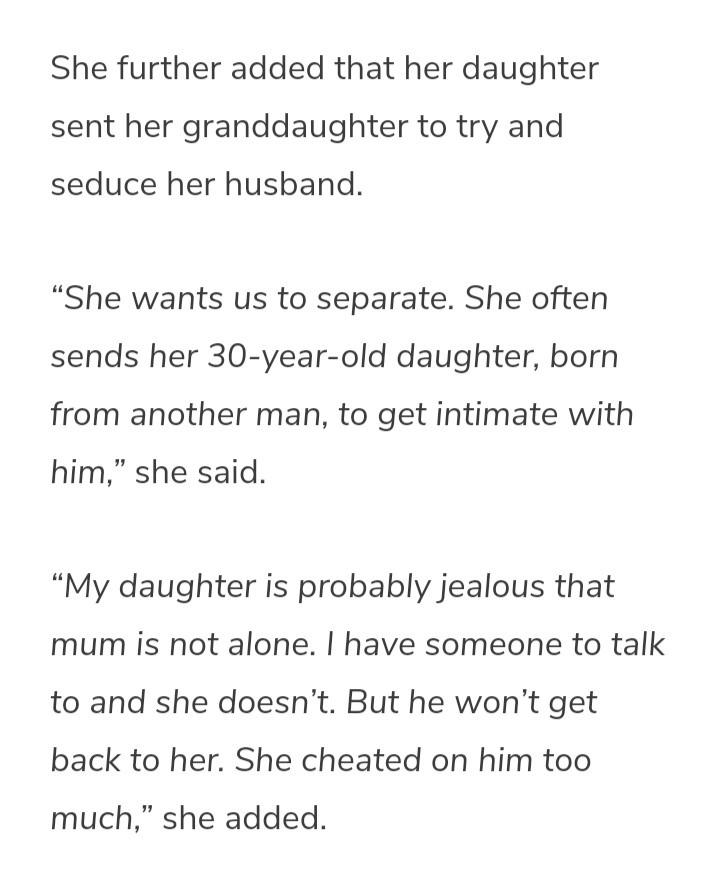 She added, that her daughter has sent her granddaughter to seduce her husband but failed “She wants us to separate. She often sends her 30-year-old daughter, born from another man, to get intimate with him,” in addition my daughter is probably jealous that grandmother is not alone, because I have someone to talk to, dine with and we are both in love to each other and she doesn't but he will never get back to her, because she cheated on him.

What is your thoughts on this? Share your comments below

Content created and supplied by: Nigeriainfos.com (via Opera News )