Opinion: Follow These Easy Steps To Learn How To Talk To Nigerian Ladies Without Getting Embarrassed

It has come to my notice that most men get insulted or embarrassed when they try to approach Nigerian ladies. These men are sometimes subjects of ridicule and are left heartbroken and unable to approach the opposite sex comfortably. 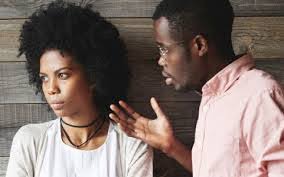 After much deliberation I have decided to put up tips and give out advice to men out there who're finding it hard to approach Nigerian women. Note that these tricks were gotten from a research I made as well as from interviewing people. I've interviewed the women I know that get lots of advances from men and the men I know who're professionals at talking to women.

More so, although this tricks should be able to work for most women, it isn't a 100% percent guarantee that you're going to win the Lady over.

Although some people would tell you otherwise, the way you are dressed on the first day you meet a lady matters a lot. No one wants to identify with a loser or a pauper and it wouldn't hurt if you walk past that lady and approach her when you feel like you're well dressed.

Try as much as possible to look clean when you go out so as to be able to approach women when you want to. Some women say the reason why they've turned down most men is due to how they looked.

However, if the lady really likes you that can be an exception as she might have been trying to talk to you too. All the same, it wouldn't hurt dressing neatly as this increases your chances of getting an audience.

Number 2: There is a time for everything.

Once I saw a guy try to stop a girl in the middle of a road whilst cars were coming at full speed, the insults she hurled at him that day were so bad I felt pity for him.

Before you approach a lady, try to observe her mood and the environment. Quit trying to talk to women under the rain, in very noisy places and any other place that'd cause either you or her discomfort.

Places of religious worship, places of learning and other places where social engagement is not necessary should be avoided or else the lady initiates the conversation.

Most times, women might not be in the mood to talk due to either their menstrual flow, mental health or other underlying issues, It might not be a good time to start up a conversation. Although some men suggest you can use this to your advantage by politely asking what the matter is in a friendly manner.

For example "Hello dear, is everything alright?" If you get no response then politely leave her be and allow her to recover. You can talk to her when she's probably feeling better.

"Hey", "Hello", "Sisssss", "fine girl", "my wife"; All these statements are mostly used by thugs to approach women. You should stand out by showing some class and charisma whilst approaching a lady. You don't expect a lady who is in a hurry to stop and come answer you, it is better you follow her up with her pace because trust me, she'd grant you audience on the way.

Don't call her when you're in the midst of your friends, she'd feel intimidated and ashamed. Don't call her when she's with her friends, she may like you but would want to protect her image. Try as much as possible to be yourself and act cool and normal. Make use of the language you're fluent in and don't try to imitate accents or act big.

Stop calling women to come to where you are, go to them, they deserve to be adored. Greet them first and act politely, they'd have no other reason than to be polite too.

You've talked to a girl for barely 5 minutes and you're asking her out, or you're asking for her phone number. That's definitely a wrong move because most girls don't like appearing cheap even if they really like you.

Take your time and stop rushing things. You may only ask for her number if you know your chances of seeing her again in the nearest future are really slim. Allow her become friends with you first before telling her what's on her mind.

Number 5: Try to make her smile.

My statistics show that girls actually give ears to guys who aside being polite and nice, are fun to be with. Try to make funny remarks about anything you can think of around you and try to make her smile. You might proceed by telling her how you love her smile and you want you guys to be friends. Although following these steps won't guarantee that you'd win Nigerian ladies over easily as they are a hard nut to crack, abiding by these steps would definitely save you some embarrassment and bring you closer to that lady.

Ladies would these tricks work on you?

Guys what else did I forget to mention?