By Love_Zone (self media writer) | 1 month ago

This is a question that has a been asked over the years. We have heard people who have continued to say that they cannot marry a person from an opposite religion because of his/her religion. This got me thinking, should a person's religion really affect the relationship? 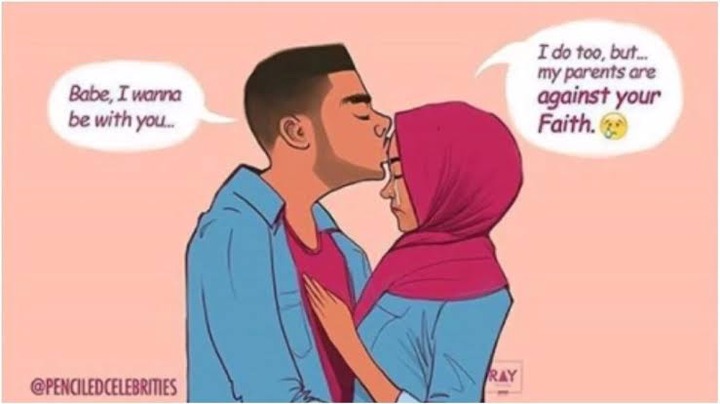 Well I made a few research and I got some ideas from experts. There are some people who believe that they can never marry someone from another religion because they don't want a divided family.

Yes, as much as this is true, it also has some faults. Relationship is not based on religion, it is based on love and respect. This should be the bedrock of your relationship and not your religion.

A person's religion can play a role in the aspect of where the marriage will be sealed but couples need to come in line with which party they will want to seal their marriage with. If they don't figure that out, marriage could also be conducted in the court and traditionally.

According to masini, a relationship expert, he stated that in an interfaith relationship the most important thing is respect and love for one another.

He added that couples can either agree or disagree but you cannot disagree and have things work.

You cannot force a person to leave his/her religion because he or she loves and wants to marry you. It is either you try to convert the person to your religion by teachings or you forget about it.

But if you really love a person, you two can stay on separate religions and still love one another. What do you think readers??