Reasons Why He Wants To Be Friends After Dumping You

Things in your love life were going great until suddenly, he drops a bombshell on you. He doesn’t want to be with you anymore and decides to end the relationship. But, instead of going your separate ways, he wants to be friends after dumping you. 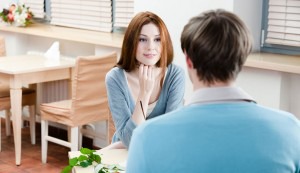 In some situations, he wants to be friends after dumping you out of guilt.

He feels bad about hurting you and assumes that friendship will make you feel better and make him feel less guilty.

Very rarely will he want to be friends with you solely for the reason of being friends!

Unless, of course, you were good friends before the relationship then it’s possible.

More often than not, his reasons are selfish and self-centered when he wants to be friends.

I think it would be highly beneficial for us to discuss all of the reasons why he wants to be friends after dumping you because it can shed some light on his psyche, what he aims to achieve and whether it’s something you should agree to.

1. He wants to soften the blow of ending the relationship

There’s the pain and fear of having to actually go through with the breakup and having that conversation which can turn extremely ugly at times.

Then, there’s the pain and suffering from actually having to split from your partner.

Pulling the rug from under their feet is difficult.

And that’s something I never really considered until I had to walk away from a relationship.

It’s not easy to tell someone who loves you that this relationship isn’t working and you want to part ways.

You start to feel afraid of what your partner is going to say, how they’re going to react and so forth.

This is especially the case before breaking up.

The dumper will play out this conversation and situation in their minds a thousand times.

Rarely is it ever a spur-of-the-moment decision.

To avoid that, the dumper assumes that he can avoid having to deal with your reaction by just suggesting to be friends.

Additionally, he knows that he’ll miss you. Attachment can exist outside of romantic feelings.

So, despite not being in love with you anymore, he probably is still attached to you.

The routine, the plans and the life you both built together is not something he can just walk away from with ease.

To prevent that from being too difficult on himself, he wants to be friends after dumping you.

It’s a self-preservation tool more so than an undying desire to have you in his life.

2. Finding comfort in knowing you’re still in his life

Here’s the crazy part about breakups, even the dumper will experience all those traumatic feelings of separation once the high of ending the relationship wears off.

One of the reasons why it seems like the dumper suffers less during the initial stages after a breakup is because they took complete control of the situation.

That feeling of power is intoxicating. It would make anyone feel like they’re in control of their life and everything happening in it.

But, what they don’t realize is that the control or power they feel will wear off very soon after the breakup.

When they’re alone with their thoughts, not enjoying their breakup, feeling separation anxiety or simply missing you, it’s going to hurt.

At which point, they’ll start to question their decision of ending the relationship.

If you allow them to walk away and try to use no contact, this will cause his anxiety and fear to spike.

He’ll begin to consider the possibility that he may never hear from you again.

To avoid this, he wants to be friends after dumping you.

It’s an easy way to find comfort and move on whenever the fears and anxiety hits.

Once again, it’s a defense and self-preserving mechanism designed to help him cope with his decision and to facilitate the easiest way to move on from you.

3. To keep you as an option

Of all the reasons why he wants to be friends after dumping you, this is by far the most selfish.

It’s so unfair and underhanded to dangle a carrot in front of someone without the intention of letting them have it.

Some men will dump you and keep you around in case things don’t work out for them in their love life.

Even worse, some men will try to transition into friends with benefits sort of relationship while you’re under the impression that he may want to get back together or be genuine friends.

It devalues your worth and practically rewards him for dumping you.

What you’ll notice is that he’ll barely put any effort into the so-called friendship. He may even disappear for some time.

Suddenly, he’ll pop up again talking about how much he misses you.

You’ll see him for a bit but then he’ll phase himself out again only to repeat the process.

When he disappears, it’s usually because he has met someone else or is dating other people.

When he comes back, it’s because something went wrong with that other person or his love life.

Now, ask yourself this question – does this sound like the behavior of someone who truly wants to be your friend?

4. He cares about you

Up until now, I’ve only discussed the selfish and inconsiderate reasons why he wants to be friends after dumping you.

However, that doesn’t negate the possibility that he wants to be friends with you because he cares about you and truly believes that the two of you can transition into a healthy friendship.

Some relationships end because two people outgrow each other. It sucks, sure, but it happens and it’s okay.

Nobody is to blame.

If nobody is to blame and you accept the outcome of his decision, it doesn’t necessarily mean that you have to cut each other off altogether.

When two good people part ways from a romantic relationship, it’s healthy for them to have some space from each other but if they can be supportive at times through friendly communication, that isn’t a problem at all.

It really depends on how you feel, his intentions and what would be the best way for you to move forward in life without getting stuck in the past or tormented by the breakup.

But, if he genuinely cares about you, you’ll sense the sincerity in his desire to be friends.

"Even In The Ugliest Picture I'm Still A Fine Girl" - Erica Brags On Twittter, See Reactions

Check Out Some Dangerous Pregnancy Photoshoots Taken By Women

"Even In The Ugliest Picture I'm Still A Fine Girl" -Erica

4 Things You Should Never Say To A Girl You Just Met.