True Story: Why I dodged my 2go girlfriend, who traveled down to see me for the first time. 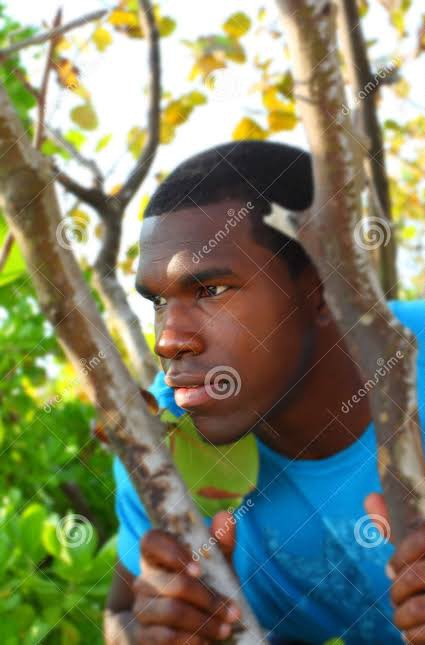 It was a bright sunny Friday last week in Warri, I was full of happiness, because my 2go girlfriend who is based in Port-Harcourt, agreed to come see me in Warri, located in Delta State, we would be seeing for the first time, so my heart panted very fast out of anxiety.

We've been in our relationship for over 3 years, but have only communicated on phone, either on call, text messages or on 2go, where we actually met 3 years ago. Her profile picture on 2go, made me believe she was very beautiful, she had this very fine face and light complexion, these features which I was able to gather, were based on her photograph she had on 2go, she did send me some of her other photographs, on my request.

Over the period of our dating online, on 2go, I had frequently requested her visit, though she always turned it down, on several occasions, I even suggested that I travel over to see her in Port-Harcourt, which she had always refused.

Immediately the inter state lockdown was lifted, she was the one who now picked up the interest of coming over, but on the condition that I send her to and fro transportation first, and I gladly obliged.

My 2go girlfriend proposed coming over to Warri from Port-Harcourt, to spend the weekend with me, and I became the happiest man amongst my friends, who have mocked me for the past 3 years, saying that I am not a serious person, for being in a relationship with a girl I have not met, and may never agree to see me.

I felt like I was on top of the world, it was my chance to prove them wrong, so I gladly informed my friends, about my 2go girlfriend's arrival, they were astonished that she eventually agreed to see me.

That very Friday afternoon I waited for her in excitement, along side my very close pal, who went with me to the spot I was to meet with her.

Not long after my phone rang, and when I took the call, she told me that she was at the spot I asked her to stop, I couldn't see anyone that looked like her around, I thought to myself, she may not know her way around, since she is new to Warri, so I asked her the colour of her dress, and she told me “red”, I was startled when I saw a very fat girl, putting on a red dress, and holding up a phone to her ear, thankfully I was behind her, so I quickly went out of sight, to hid myself behind a tree, so she wouldn't see me and recognize me, though I wasn't so sure she was the one, since we were still talking on phone, I asked her to cross over to the other side of the road, and wait in the restaurant there, and immediately the fat girl moved across road into the restaurant.

I was so confused, how the 2go slim, light in complexion girl, I have been in a relationship with for the past three years, suddenly became fat, so I had to dodge her, and my pal that was with me, was just looking at me in confusion, when I finally came out from behind the tree, I urged my friend that we left immediately.

On our way home I explained to him, that the girl actually was the fat girl on red we stood behind, that was why I dodged, my friend became angry at me, that I should have at least, see her first, instead of dodging her, there by standing her up.

Well, I already gave her both her to and fro transportation, so I sent her a text to go back, that I couldn't make it.

My conscience has not rested since the last Friday, but I did what I had to, when I realized she has been playing me online, she looked nothing like her pictures online.

Please, I strongly need your opinion via the comment session below, because I still think she played me.