By LegitFlix (self meida writer) | 23 days

Getting married to the love of one's life have always been a dream come true for alot of people, the idea of being proposed to and saying yes to their proposal is always a thing of joy for many. However in the modern world today, it seems people are beginning to develop unrealistic expectations of others, having too high expectations of others or not being grateful for an honest thought behind an action.

A lady identified as Adeola have been facing some level of backlash on Twitter after she revealed a step her friend took after she was proposed to. Adeola, narrating her friend's incident revealed that a friend of hers named Mojisola was proposed to by her boyfriend, however the said friend rejected the proposal after she discovered that the ring was worth just 10 thousand Naira only. 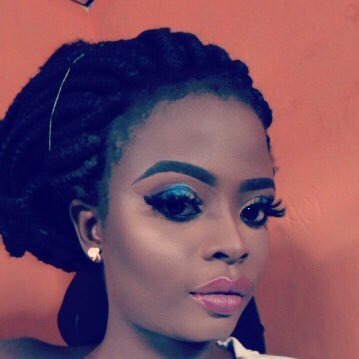 According to the tweet, the said Mojisola discovered the price of the ring from an online vendor on Instagram. Adeola, felt quite said for her friend Mojisola because the boyfriend "messed it up". She revealed they had actually been waiting for that proposal only for him to come with a 10 thousand naira ring. Read her post on Twitter below: 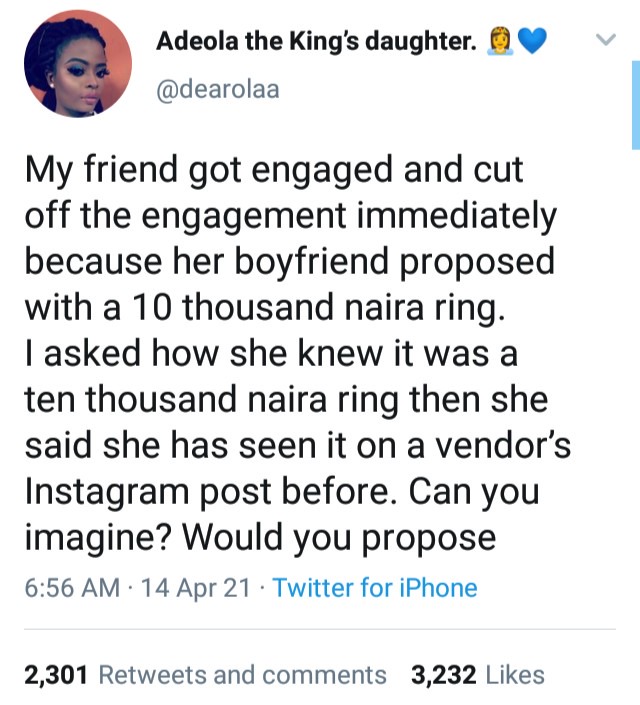 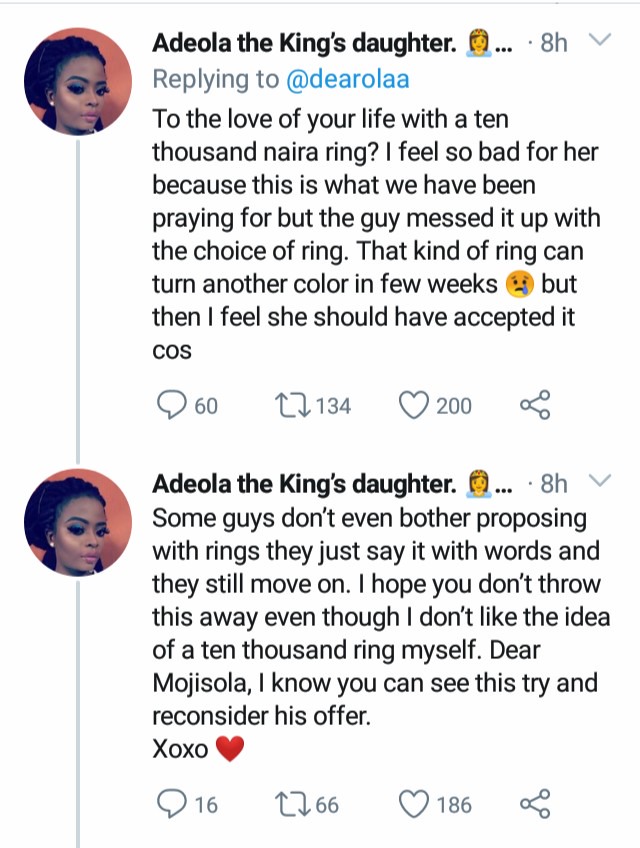 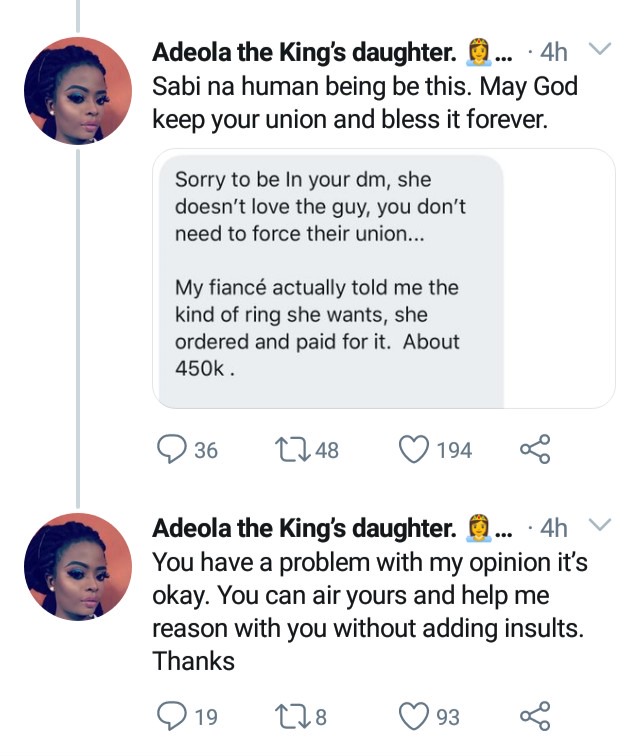 Adeola actually made the post seeking for advice for her friend but she was faced with a lot of backlash and criticism instead, people reacted differently, some even blamed the said boyfriend for spending as much as 10 thousand naira on just a ring in this hard time. 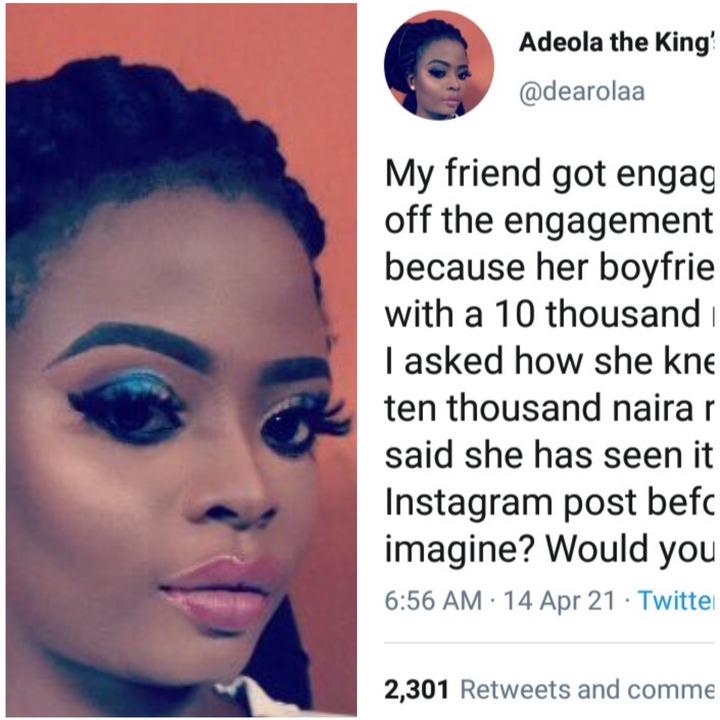 What do you think? Do you think it was proper for the lady to have rejected the proposal over the price of a ring? Do you support the boyfriend for buying a ring worth 10 thousand naira for his engagement? Share your comments below.

Meet the most tattooed man in the world, Gregory Paul with the total amount of his tattoos