10 Signs Your Ex Girlfriend Is Over You 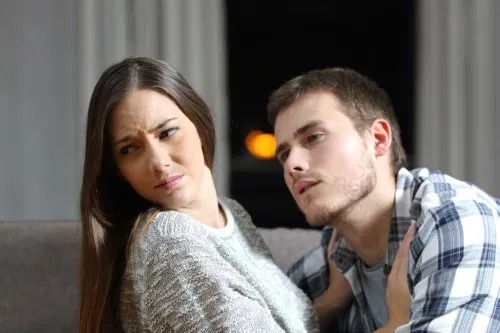 It’s quite difficult to be aware of these signs when you’re just going through a breakup or struggling to move on which is why it’s important to have a list like this to measure against your ex’s actions. By comparing your ex’s actions to the signs below, you can get a good idea of how she feels and change your behavior towards her accordingly.

1. She has moved on with someone else

From the position of someone who has just been dumped, it is not uncommon for exes to enter rebound relationships. What you must know about rebound relationships is that they serve as a temporary band-aid for the pain of separation from a previous relationship. Unless a significant amount of time has lapsed, relationships that immediately follow a breakup are rebound in nature.

They do not overwrite or erase feelings for someone else. Be that as it may, if some time has passed on or she has gone back to an ex, it could just be that she has made peace with the end of her relationship with you and has found someone else. The longer she remains in this relationship, the likelier it is that she has moved on from a breakup.

2. She no longer responds to your messages or calls

People who still care about you and want you in their life, despite a breakup, may still take your calls and messages. Unless you have been abusive or exhibited stalker-like behavior, she most likely will respond to you.

If what you notice is that all of your messages go unanswered and your calls are never returned, there’s a strong likelihood that this is one of the signs your ex-girlfriend is over you or in the process of getting over you.

3. She only contacts you when she is sad

There’s a fine line between an ex who contacts you because they genuinely miss you and want you back after you initiated no contact in comparison to an ex who is just looking for comfort when she is sad, lonely, or depressed.

This particularly applies to situations when your ex-girlfriend is the one who ended the relationship and despite coming back, she doesn’t talk about getting back with you. In fact, you may have come to learn that she was dating someone else or on the market and faced rejection. That’s a telltale sign that you’re dealing with an ex-girlfriend who only needs you to soothe her aching heart.

People who still find you attractive and view you from a romantic lens will always have a hard time pretending to be just friends. More often than not, you’ll be able to spot the signs that she likes you because it tends to present itself subconsciously.

5. She acts cold and standoffish with you

When someone you once shared a close relationship with is cold and standoffish with you, it can mean one of two things. They’re hurt and upset with you or they don’t have any positive feelings for you. If it’s the former, then she obviously still cares.

But, if she behaves this way with you despite making peace with the past, after a long time apart or without cause, she’s most likely over you. 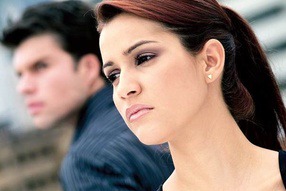 6. She is the happiest she’s ever been

I struggle to find someone alive who claims to be the happiest they have ever been while pining dearly for someone they shared a romantic relationship with. If all you see and know about her is happiness, then take that at face value.

This is particularly true if she’s in another relationship or pursuing other things in her life. Priorities change all the time. She may be focused on building a new future for herself that doesn’t have any space for you in it. That as well is another sign your ex-girlfriend is over you.

7. She talks about liking other guys

Women may try to make you jealous by talking about other guys or even admiring them but, they will rarely ever claim to have feelings for another man if her goal is to be with you.

Many guys make the mistake of being friends with their ex-girlfriends as a means to an end. The objective is to win her back. Unfortunately, they mistake her friendliness and openness to maintain contact assigns. I’m not saying this is always the case. Sometimes it is. But, most of the time this is the conundrum. If this is the situation you find yourself in or you’re in contact with your ex after some time and she is talking about liking someone else, believe her.

8. She always makes excuses for not being able to meet you

Someone who cares about you or has a desire to be with you, even a little, will come around to meet you. In fact, a woman who is interested in you would push to meet. She’d want to see you and spend her time in your presence.

So, the exact opposite could be true. If she has no desire to see you and makes excuses for why she’s too busy, then she obviously doesn’t have a strong desire to be around you. You’re not a priority. You would need to examine the reasons why you aren’t a priority and you’re likely to run into a situation where she just doesn’t care about you enough anymore. It sucks but it’s the truth.

Love and fondness cannot grow within a space of rudeness and disrespect. Those two attributes of human interaction have an adverse effect on human connection.

If she’s not doting on you, she’s probably indifferent to you. Which means, there’s hope because she neither cares nor does she not care. But if she’s rude and disrespectful on a regular basis, then she definitely doesn’t care about you. And if she does care, then it’s not the type of care you really want in your life.

10. She blocks you on social networking platforms

Social networking platforms may be a wonderful tool for facilitating communication and connecting us with new people but, it can also be weaponized in certain instances.

The ability to block people is one of those tools/weapons. Being blocked prevents you from contacting someone and sends a very clear message as well. It tells you that the other person plans on moving on from you. They don’t want to be in communication with you or they’re using it as a weapon of manipulation. Being blocked for a significant period of time and proceeding a breakup is one of the modern telltale signs your ex-girlfriend is over you or in the process of getting over you.