By ExcellentWriter (self meida writer) | 9 days

A male Facebook User who is simply recognised as Japheth John Offong, has in few minutes ago assumed the position of a marriage counselor, thereby advising married women to give their husbands the privilege of marrying second wife to avoid the outcome of cheating from them (men).

Cheating is one of the major setbacks that can make any marriage to collapse within a twinkle of an eye. More often than not, most married people encounter cheating from their spouses. Irrespective of individual differences, religious beliefs and cultural differences, no one feels happy when he/she directly or indirectly finds out that, the person they are married to is having an affair with another opposite gender. 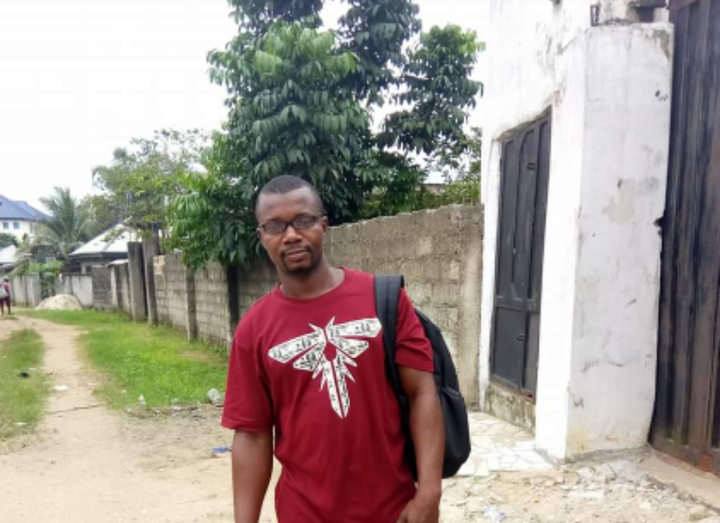 Most people fear cheating for different reasons. First, cheating can create room for a married man or woman to contact STDs/STIs from their spouses. Some who weren't lucky enough faced their untimely death when they got infected with AIDS by their husbands/wives. In addition, cheating can affect the one who is cheated on psychologically because, it makes the person feel inferior (the feeling of not good enough). More so, it reduces the level of trust that may exist between married people. Consequently, the amount of love that exist between the spouses would be negatively affected. 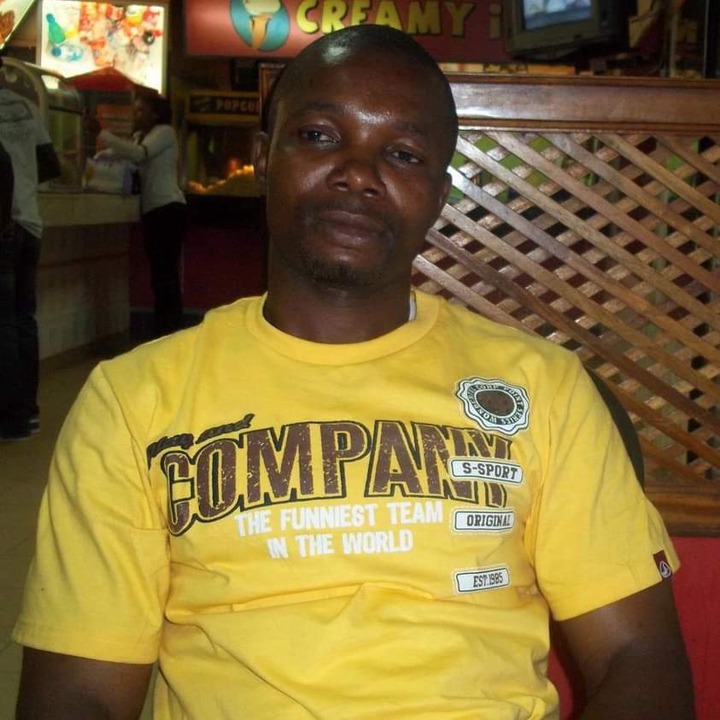 Each time the issue of cheating in marriage is raised, most people end up blaming the one that is cheated on because, they feel they (victims) are the reasons behind the unfaithful act of their husbands/wives. However, truth be told, it is wrong for the victim to be blamed because, cheating has been, is, and will always be a thing of CHOICE.

Furthermore, cheating amongst men have been justified by some members of the society with statements like, "Men are promiscuous in nature. Men are polygamous in nature". Such statements have given most men free licence for cheating, without thinking of how their wives would feel. That has been one of the factors responsible for unsuccessful marriages in recent times. Sadly, though, most women have accepted the challenge of cheating from men, so much so that these days, cases of cheating among most women is becoming rampant. Truth be told, cheating is an ugly act that should be frowned at by both genders.

Apparently, Japheth is likely to be one of the men who believes that, it is the promiscuous or polygamous nature in men that push them into cheating in marriage. Hence, he advised women to allow their husbands to marry second wife, so as to avoid cheating from them(men).

"Women should allow their husband to marry another wife to avoid cheating. Should i increase the volume" - He posted. 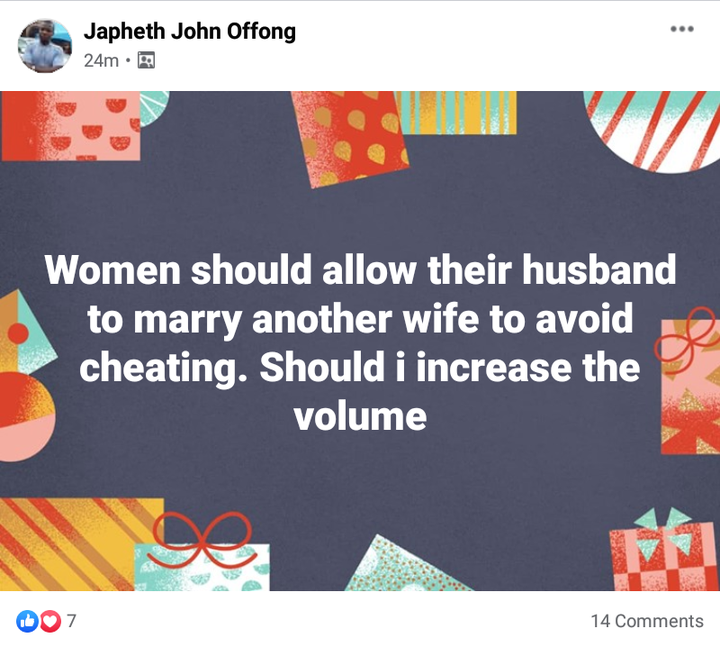 His message which didn't go down well with some people (mostly the ladies) attracted some reactions from them. See the screenshots below to see how people reacted to the advice: 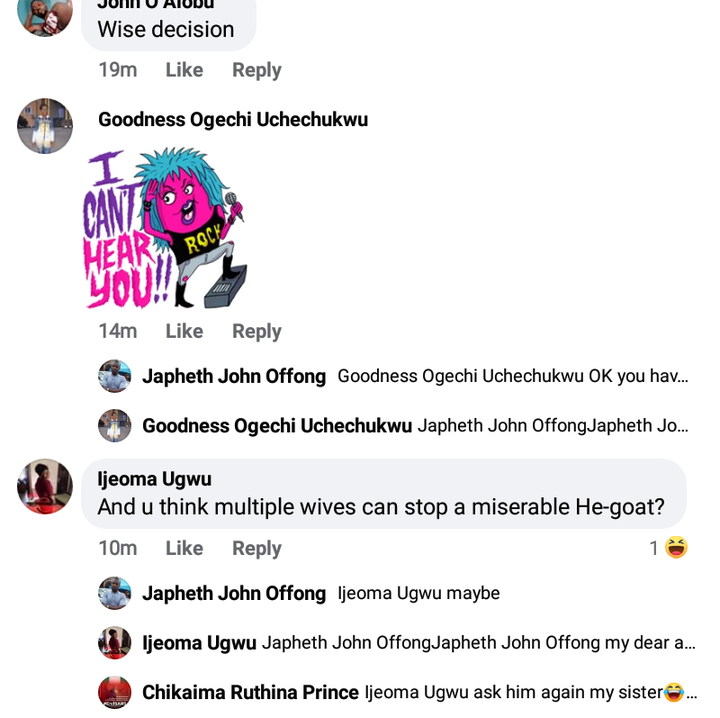 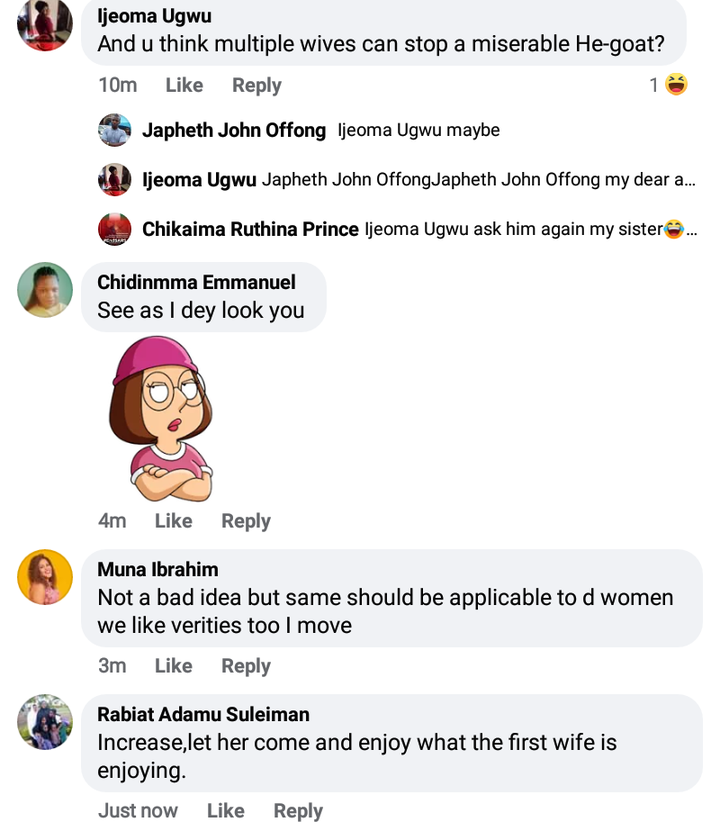 Let's put prejudice aside. In all honesty, do you believe that men would stop cheating on their wives in marriage, if women allow their husbands to marry second wives as Japheth advised?

How many men we have today can do this for their wives? Men like this are very hard to find.

Arewa Ladies, Checkout These 40 Ankara Designs You Can Try Out For This Year Eid-Fitr

Erigga kisses his wife in his latest photo