POLYANDRY: A woman can marry two or more husbands at the same time in these countries

Most Nigerians would define polygamy as a marriage system that allows a man to marry two or more wives.

That is not exactly correct. 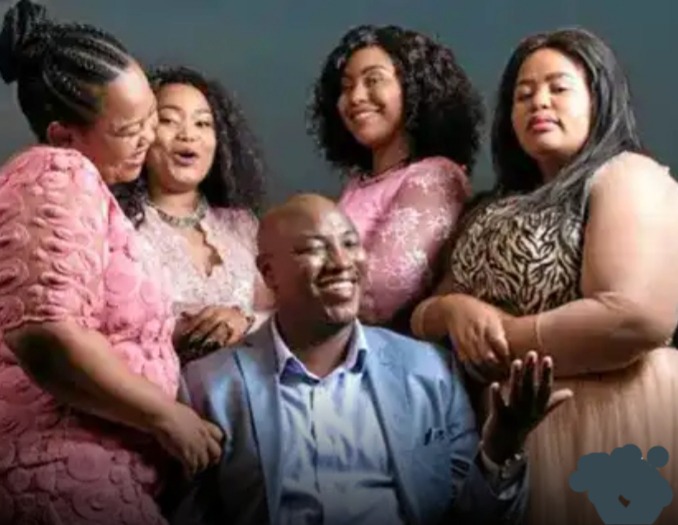 An example of polygyny: a man with more than one wife.

Polygyny is what we are used to in Nigeria, and we erroneously refer to it as polygamy. Polygyny means marriage of one man to two or more wives.

Polyandry, on the other hand, refers to the marriage of one woman to two or more husbands. 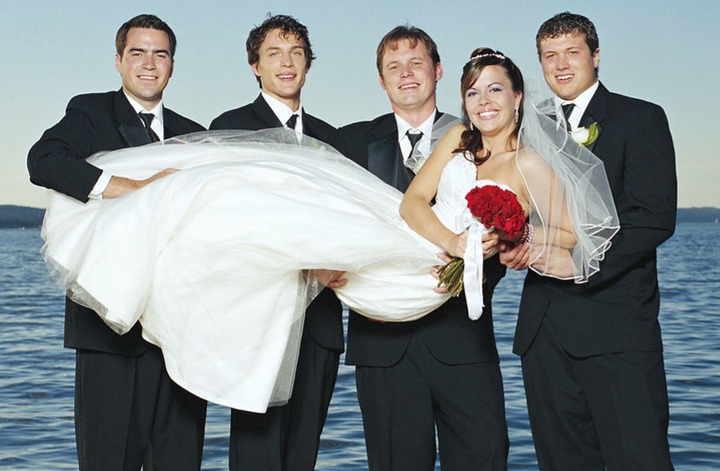 Polyandry: Here, one woman is getting married to four men.

I first heard of the word "polyandry" in my Sociology class at the University of Benin, my alma mater. Like the rest of my classmates, I was shocked by what my lecturer defined as polyandry. That Sociology lecture tickled my curiosity, and I recall going to the university library several times afterwards to read more about the topic.

Reason for the practice

In the four Asian countries where polyandry is practiced, the major reason why brothers marry and share one wife is because of limited land and other family properties. Because of the high population in Asia, land is usually not enough to share among brothers in a family. They therefore marry one common wife so that there will be no need to keep sharing limited family land. Since all their children are from one woman and they belong to all the brothers, they have no need to share the family land.

The reason for polyandry in other parts of the world is unclear.

PLACES WHERE POLYANDRY IS PRACTICED IN THE WORLD

This form of marriage is most common in Tibet, although only a small portion of the people still practice the tradition. The people of Tibet, called Tibetans, are today found in regions of modern-day China, India and Nepal. Polyandry is also practiced in the South Asian nation of Bhutan. Nigeria is on this list, although the practice is rare now among the ethnic groups where it was once a popular tradition.

Let's take a closer look at the places where polyandry is presently practiced in the world:

The practice of polyandry in China is common among the people of Tibet, who occupy an autonomous region of China. Polyandry is part of their culture, and Tibetans see nothing wrong with the practice. One Tibetan woman in China (second from left) married to three men, all of them brothers.

In this region of China, the general rule is that all the husbands involved in a polyandrous marriage must come from one family. Younger brothers or cousins from that family may also choose to join the marriage when they come of age.

Needless to add that the children born in such a marriage belong to the family and not to the biological father. I must point out that polyandry in this region is no longer as widespread as it once was.

Little Tibet is the Tibetan region of India. Here, polyandry is practiced as in China. This is because the Tibetans here are of the same ancestry as Chinese Tibetans.

Other Indian minority tribes also practiced polyandry. Some still do. Ancient Indian painting of five brothers married to one woman. 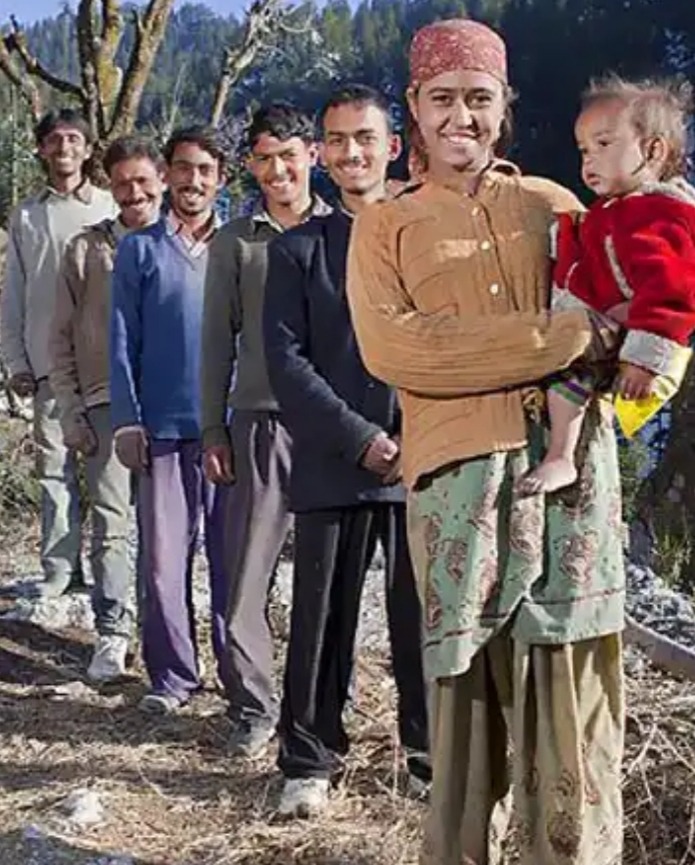 Tibetan woman in India with her five husbands lined up behind her.

Polyandry in India is fraternal. In other words, husbands who share a wife are usually brothers or cousins. Again, children from this marriage belong to the entire family.

Remember Mount Everest, the highest mountain in the world? It is located in this South Asian country. The ethnic group that engage in polyandry in this rocky nation are also of Tibetan stock. 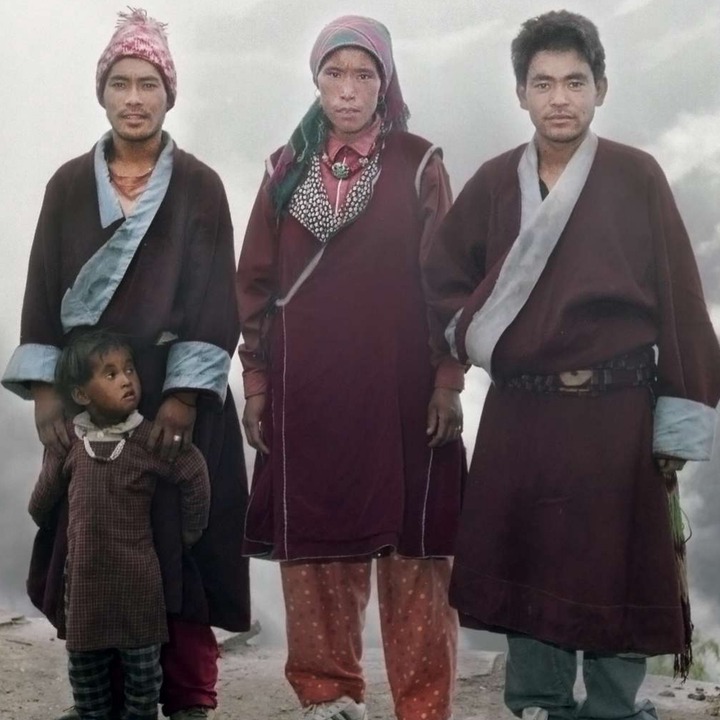 A woman in Nepal (middle) and her two husbands. This Tibetan in Nepal (2nd from the right) is flanked by her three husbands.

These Tibetans are historically the same as the ones who have found themselves in China and India. This means that they also practice fraternal polyandry, in which two or more brothers marry one wife to raise children as one single family.

Bhutan is a Buddhist kingdom near Nepal. It is a mountainous country just like Nepal. Only a few people in this country still practice polyandry. Their form of polyandry is similar to that practiced in China, India and Nepal. 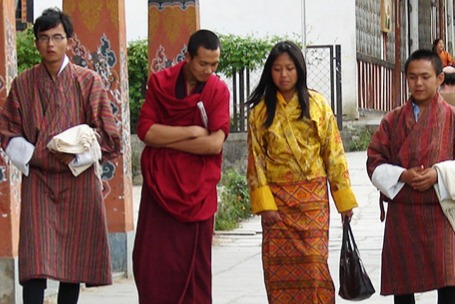 Polyandrous family in Bhutan: A wife and her three husbands.

Polyandry used to be widely practiced in some parts of Nigeria. Efforts of the colonial authorities and christianity have largely diminished the practice of polyandry. 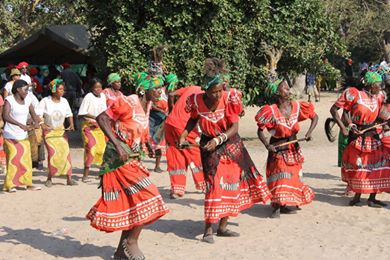 In Nigeria, the Irigwe tribe located on the Jos Plateau, specifically in Bassa Local Government Area of Plateau State, practiced polyandry. (Source: www.jstor.org) The practice was outlawed by the Irigwe traditional council in 1968, but a few people still practice the tradition.

The Irigwe tribe practiced (and a few people still practice) non-fraternal polyandry. A married women would leave her husband, go to another man outside her first husband's fraternal group and engage in a sexual relationship. She could again leave that new husband and go on to another man. Thus, Irigwe polyandry was a system of "secondary marriages."

Children born in Irigwe polyandry system belong to the man the woman was living with at the time of her pregnancy.

What are your thoughts about this post? Please leave your comments in the comments section.

Content created and supplied by: JohnEbhota_01 (via Opera News )