By BornWriter (self meida writer) | 28 days

A male Facebook user whose username is Eugene Andrew has out of the abundance of his heart dropped some thoughtful words about women who are intelligent. In his assertion, he feels that, it is much easier for a less intelligent woman to get married quicker than a lady who is hyper intelligent and smart. 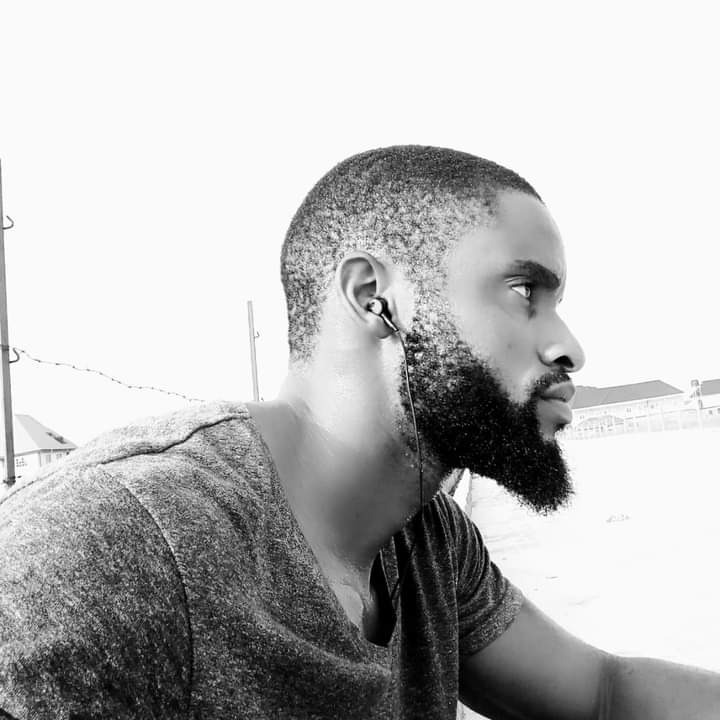 There are men and women who wouldn't have even given marriage a thought if not for the need for them to have children they would call their own. Some ladies who are from families that are not well to do financially could see marriage as a means of escaping from poverty. That is why some of them would only want to settle down with a wealthy man irrespective of whether the man would treat them right or not aside provision of money.

How about men who would want to get married because they need a woman who would cook for them and do their laundry? What of those that would want to marry their wives to use them as babies making machines? 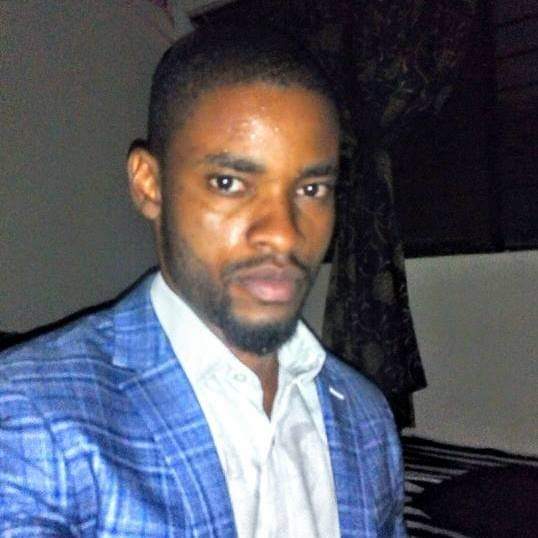 No matter what reason(s) people may have for getting married, there is one common thing that is of interest to most Nigerian men in marriage. Most men want their wives to be hundred percent loyal and submissive to EVERYTHING they want from the wives (no questions should be asked). The topic of SUBMISSIVENESS has been one of the frequently debated about. To some men, once a woman is married, she automatically becomes their "property" - she should not have her say or freedom to do things she likes or even pursue her dreams. 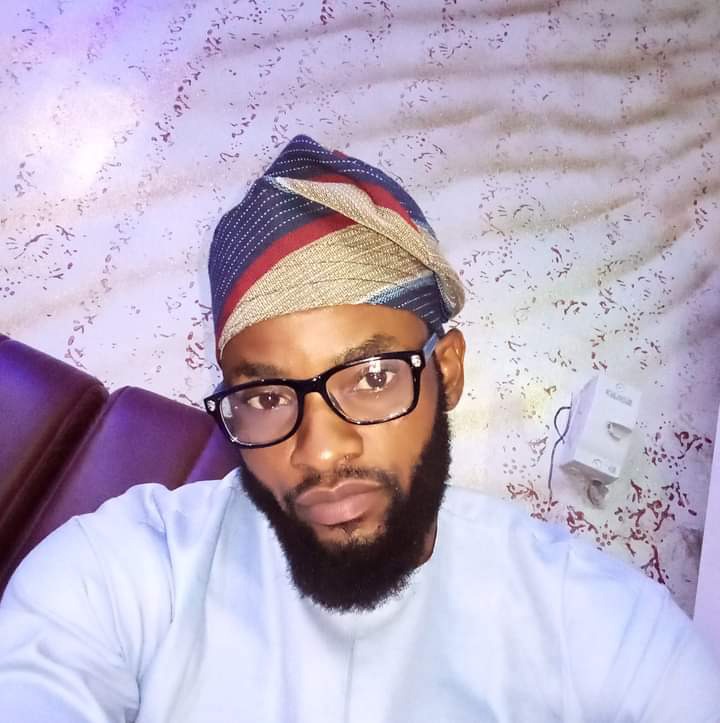 However, these days, due to education and enlightenment, there is a paradigm change. Not many women want to be in a position to be dictated for without giving room for their opinions and rights. Most of these women are career and business driven women, who wouldn't want to swallow everything hook, line and seeker from their husbands. When most men meet such women, they feel threatened and insecure. 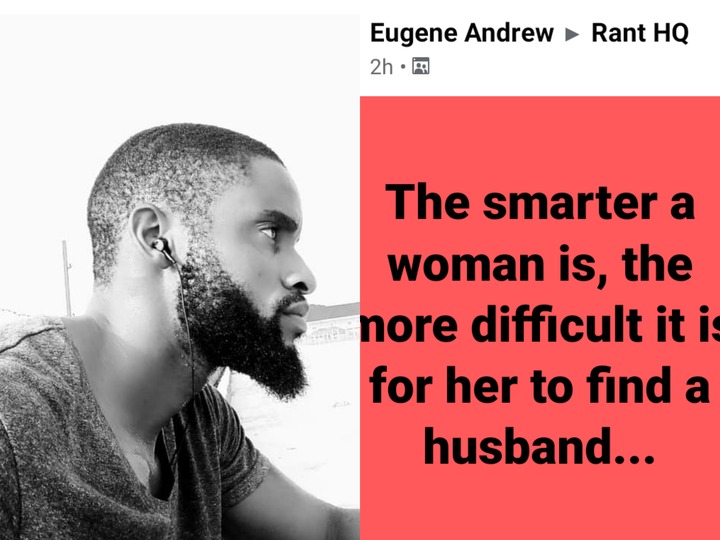 Perhaps, it is from the angle of the insecurity that most men feel when they marry a full blown enlightened women that birthed his post.

See his exact words below:

"The smarter a woman is, the more difficult it is for her to find a husband..." 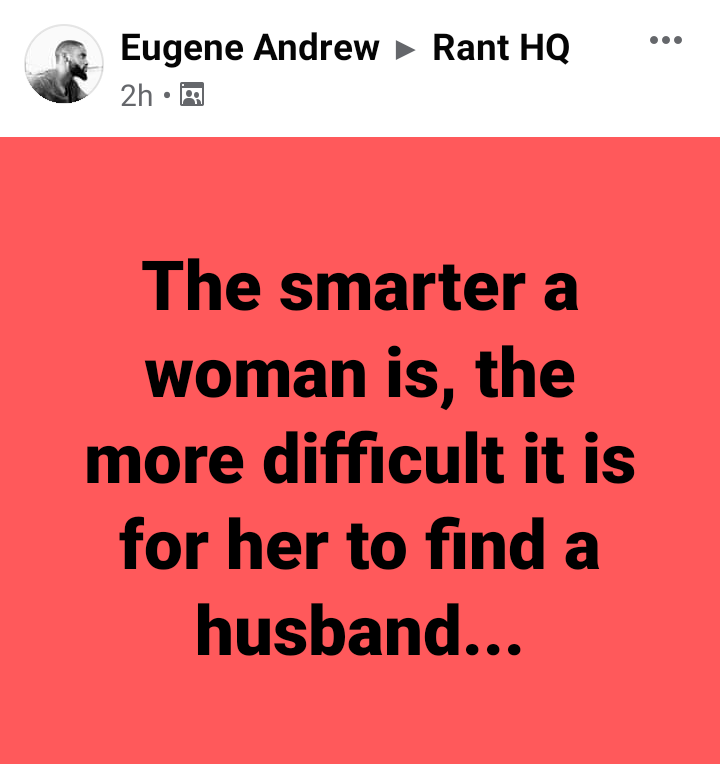 The man's submission attracted the members of the group to the comment segment same way sugar attract ants. The comments were dropped from different angles of reasoning.

One of the female members of the group disagreed with the poster, by saying that she is a smart lady and at the same time, she is married.

Another man toed in same line with the lady who disagreed with him. He reached by unveiling that, men like him are naturally attracted to intelligent and smart ladies, because they (men) would harness her intelligence to achieve great things. 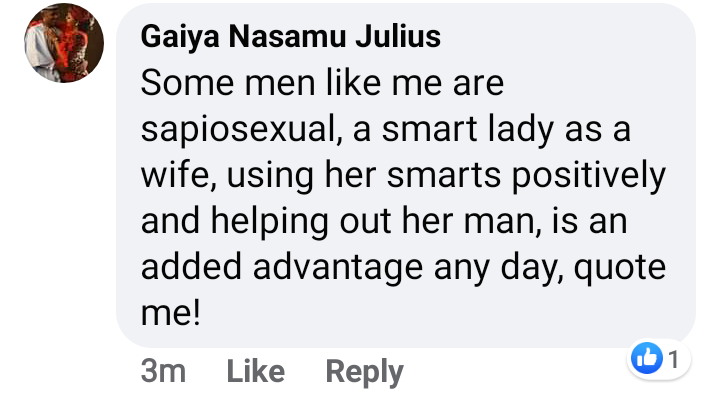 While speaking on the issue, one Nurudeen agreed with Eugene, that what he posted may be funny but his words are correct.

You have read it all. What is your stand on the assertion of the poster? Do you agree with him? If no, what makes it difficult for them to find a husband to settle down with ? Let's talk about it!

Cockroaches: How to Get Rid of Them

Check out some computer questions

Are You Planning A New Hair This Week? Check Out Some Stylish Hairstyles You Would Love To Try Out