Hey Single Guy, Here Are Six(6) Reasons Why She Likes You

By SearchtheScriptures (self meida writer) | 9 months 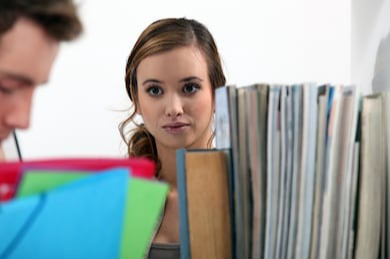 Guys usually go into excitement at the realization that a girl likes them or have a crush on them. This is because they feel it will be much easier for them to have their way around the girl rather than going through the rigorous process of trying to impress her in other to win her over. Most times many don't think for a moment what they really want with the girl. The fact a lady have a crush on you does not mean you should acknowledge it. 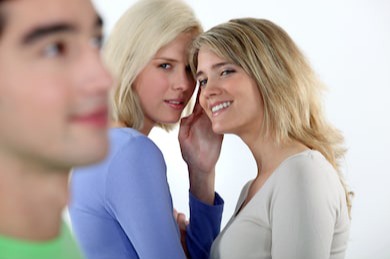 As a single guy, it is very necessary to know why girls keep having crushes on you especially when it becomes a norm. Though, seen as a good sign that people love your personality, you never can tell if it does you good or not. Sometimes it could lead you into unnecessary temptations that you would rather have avoided. Depending on your goals in life and things you aim to achieve, setting your priorities when it comes to relationships is very paramount. Let's take a look at few reasons girls may fancy you as a single guy and how best you should deal with them.

She May Like You Because You Are Physically Attractive 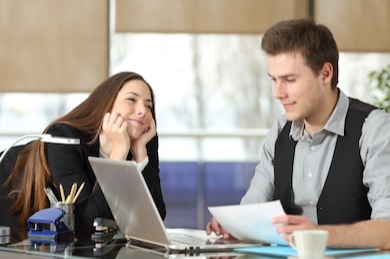 Every girl have in her fantasy world, have a 'Mr handsome' they usually crave for, whether they want it or not. Anytime they see someone who meets the description of this imaginary 'Mr handsome' they desire, their hearts will always go after such a one. As a guy, apart from money, you will know if you are physically attractive, either facially or because of your physique. True, every guy is someone's 'Mr handsome' but we also know some don't have the looks while others do. When you realise you are a very attractive personality, you should expect every girl whom you come across to find you attractive.

Now ask yourself, is it not necessary to acknowledge all their likeness, collect all their numbers, go out with everyone of them just because you are handsome? One needs to think before acting. When a girl likes you because of the looks, be sure what she wants is going down with her on bed. Though that is the norm in our society these days, however put in mind the consequences that comes with sexual exploitations.

She May Like You Because Of Your Social Status, Position Or Family

Some girls may fancy you because of your status in the society. If you are a celebrity, politician or son of an influential man in the society, girls having a crush on you is almost by default. When you are in such a situation, you have to acknowledge that these girls don't come to you because they love you nor because they see you as the best for them. They simply crave for you due to your status in the society. In recent times some ladies have openly made advances to celebrities and superstars irrespective of their marital status, through their social media platforms. You can think for a second to ask why girls find all actors, footballers, musicians, politicians and their children attractive. It isn't because of love but due to their status. 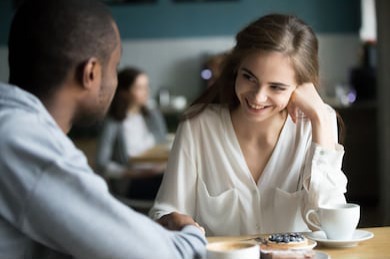 Girls naturally find intelligent guys irrespective of their family background or social status attractive. If your intelligence have been displayed in anyway around the opposite gender, be sure 7 out of 10 will give you the green light to come get them. Most of the time, it isn't that they just want to fantasize any intelligent guy, it happens by default and many who don't show it only do so due to emotional maturity. When you realise ladies come around you due to your intelligence, you've got to be careful because many of them don't really know what they are doing around you. Many will end up having sexual affair with you and it don't always end well, as you will be accused of taking advantage of them.

She May Like You Because Of Your Financial Muscles 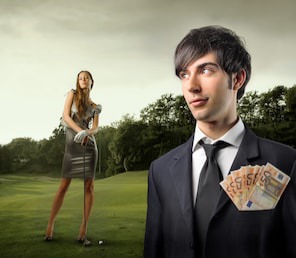 Many girls act as though money is not a factor when choosing their partners but when the real test comes, times without number, they always go for the money. There have been cases of girls leaving their longtime lovers to marry a rich guy who knew nothing about how she managed to finish her education. Girls act as though they are not influenced by money, but they really are. Think about it this way, will you want your daughter to be with a guy who can barely foot his own bills? The answer definitely is 'no' because that will be suicidal. Sometimes the pressure comes from parents while other times, it's just societal pressure, but the truth is, ladies are influenced by money. When a girl finds you attractive because of your financial status, don't get excited about it, you may just be inviting a goal digger into your life. 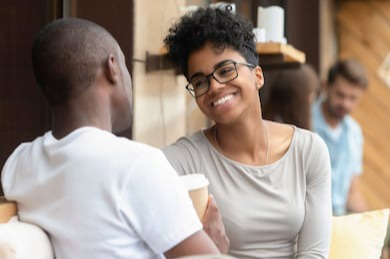 This part is very confusing because ladies who find you attractive for this reason are very manipulative. They don't show why they find you attractive and you may not be able to pinpoint the reason. This may lead you to believe you've seen the perfect match for you. It often take years to realise they liked you in the first instance because they wanted you to settle down with them. Most times when men realise this, that they were actually played, it's too late because they've committed so much into the relationship. It often comes with hurt and regret. Not because the lady isn't good enough or loving, but for the mere fact they feel they have been played. The last thing you want to mess around with is a man's ego. Some go into marriage with this state of mind and end up in abusive homes. Many guys have woken up to the realization however that girls these days already see them as prospects from the beginning, so they are cool with it. The reason girls hide that agenda is that they may be driving the guy away if he realises that was the intent all along. He will tend to pull out from the union.

Gifted people tend to attract all sorts of persons. Whether you are a singer, an instrumentalist, a writer, footballer or even a minister in a church, it always come with having to deal with so many girls crushing on you. Such likeness isn't love, it's simply because of your gift. The day your gift dies or fail to function anymore, these girls will dump you almost immediately and act like they don't even know you. Going out with a girl who loves you because of your gift or talent is not very cool because when the chips are down, there will be discord among you two. Don't be carried away when you notice many girls crushing on you due to your gift or talent. Most times it becomes a problem for the guys who are already married. Some girls will do anything just to go down with you because of your gift. If you ask them what the matter is that makes them have the crush on you, they can't tell. It's best you learn to deal with it.

Hello Mothers, Check Out These Adorable Outfits For Your Male Kids

Check Out These Pictures of Mercy Johnson And Esther Audu

Sometimes I Do Cry, When We Pick Up Abandoned Babies Of Baby Mamas - Reno Omokri

Ahead of Final of Champions League Today, Chelsea Coach Says Chelsea and Barcelona Are Europe Best