LOVE AND PRAYER: After She dumped me, I still saved her life when she was in a critical condition.

By JAYCRIB (self media writer) | 1 year ago

Heartbreak is a nightmare I wouldn't wish for my enemy, but forgiveness is not a weakness but a strength. This is the story of how my love life nearly led me to commit suicide sometime this year, after I was badly depressed and frustrated. However, God showed me mercy and I was even able to save her life after all she did. Below is my story.Moremi was the love of my life for almost 4 years, I met her during my 2nd year at the Imo state university owerri 4years back. On that fateful day I met her, I thought she was Igbo, but when I asked her her name, Surprisingly, she replied; my name is Moremi, interestingly, I further asked her what a beautiful girl with a South-Western name was doing in Owerri the heart of Eastern Nigeria. She replied; 'My late dad is from Imo state, but she loves been called Moremi because it reminds her of her late mother who was from Ijebu-Ode in Ogun state. She also told me that her late dad had remarried, hence she stays in Imo state with her step-mother.

Along the line, we feel in love, and this was one of the most beautiful moments of my life as I saw a future with her. After my graduation, I left for my National Youth service orientation in Bauchi state, that 3 weeks compulsory camping was a nightmare without the love of my life, Moremi. I couldn't stand the idea of staying a full 1 year in Northern Nigeria without seeing her, I immediately applied for relocation and I was posted to Anambra state. Our love and romance continued. I passed out from NYSC, then got a job immediately in Owerri in June last year, this further proved that our love was ordained as she was now in her final year.

February this year, with the advent of the Corona virus, my company laid off staffs, I lost my job, my house rent became over due, I couldn't cope, I had to relocate to Port-Harcourt, the capital city of Rivers state where my family stays so that I could at least feed and survive. Though I started applying for other jobs.

However, who could have told me that the girl I shared almost every beautiful moment could change, Moremi began avoiding my calls. Though Asuu was on strike, Moremi insisted on staying back in the hostel in Owerri. When I pressed on and asked her to go back to her family house, she replied; I am a big girl and I can take care of myself. The signs were there, I felt I had lost her. On that fateful Saturday morning, 24th of June she sent me the message of my life that sent me into depression, 'DEAR CJ, I CANT CONTINUE WITH YOU LIKE THIS, I AM DONE. TAKE CARE OF YOURSELF AND GOOD BYE.

Tears rolled down my eyes, thoughts of suicide, depression and frustration. I just lost my job, now I have also lost my relationship of 4 years just like that. She didn't pick up my calls, she never wanted to talk to me again. Then I saw her new pictures on Facebook and Instagram. Moremi was now bubbling with this new guy in owerri. Did I tell you? Moremi was ashmatic, but through her social media pictures, Moremi was now taking Shisha and alcohol against her doctors advice. I cried, I called God in prayer, I fasted, and held vigils just to get my shattered live back. I was a lost man.

Just to help myself while praying for a better pay and also waiting for a response to the interviews l attended, I took up a job at a construction site as a daily earner. Man had to survive and bounce back. On the 22nd of September, I could remember while standing on the 3rd floor at the construction site my phone rang, Moremi's step-mother was calling me. I picked up the phone, what I heard was; Your friend is dying, I couldn't understand her, because she was crying, then she gave me an address to come down to Salvation hospital Owerri, that Moremi is on admission and struggling with her life.

Before 4pm that day, I was already in Owerri after a stressful journey from Port Harcourt. Moremi was a shadow of herself, she was looking pale and almost gone, her lungs were failing due to high intake of smoke form shisha and probably alcohol. She had also developed a ruptured appendix. She had to go into surgery within the next 4 hours. A deposit of 400,000 naira had to be made before the hospital starts attending to her.

Where was her new boyfriend? Where was the new guy? No where to be found. He couldn't be reached because according to the doctor, someone brought her to the hospital and left. What a world, people are wicked.

At this point, I had to take the big decision to help her, I had to let go of her ill treatment towards me, I had to get that N400,000 to save her life. I had no friend I could ask for money at that time, my last hope was to go the bank, and get the money which I received as a loan for the start-up of my small scale poultry. I had to choose between saving her and starting-up my poultry next year. No option, I rushed to the bank, filled my withdrawal form and withdrew N450,000 and headed back to the hospital. After I made the deposit, the doctor immediately called some other medical experts and they entered the surgery room. 6 hours of surgery, I had to pray, I had to call on God, to save her life, to save the life of someone I still loved.

Thankfully to God, the surgery was safe and she began her journey to full recovery. Early morning the next day, I got a call for a job orientation in Port Harcourt for 11.am. I had also been applying for jobs before now. I left for Port-Harcourt as early as 6.am, I hadn't slept in the last 12 hours, so dizzy and weak. When I got to port harcourt, I attended the orientation, then I was asked to resume work in called 5 days and boom, I was back to getting my life back. In all these months of depression and sadness, prayer was my key, I didn't give up, I knew there was light at the tunnel and God in his merciful ways helped me gain my life back. 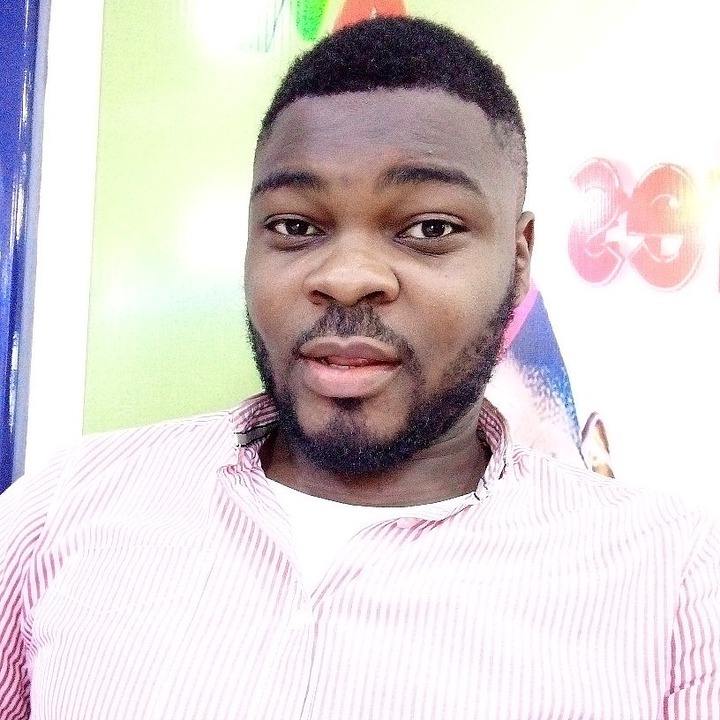 Summarily, I still love Moremi but deep down I am still hurting. Should I give her a chance? I know love entails forgiveness, but is it worth it?. I will keep praying over it, because I know deep down me, love is a beautiful thing.