By YvonneScribes (self meida writer) | 27 days 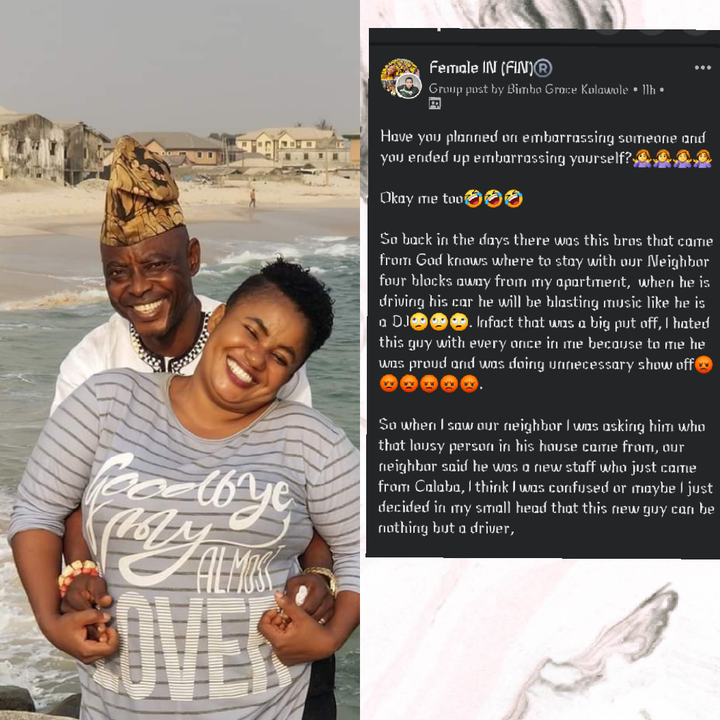 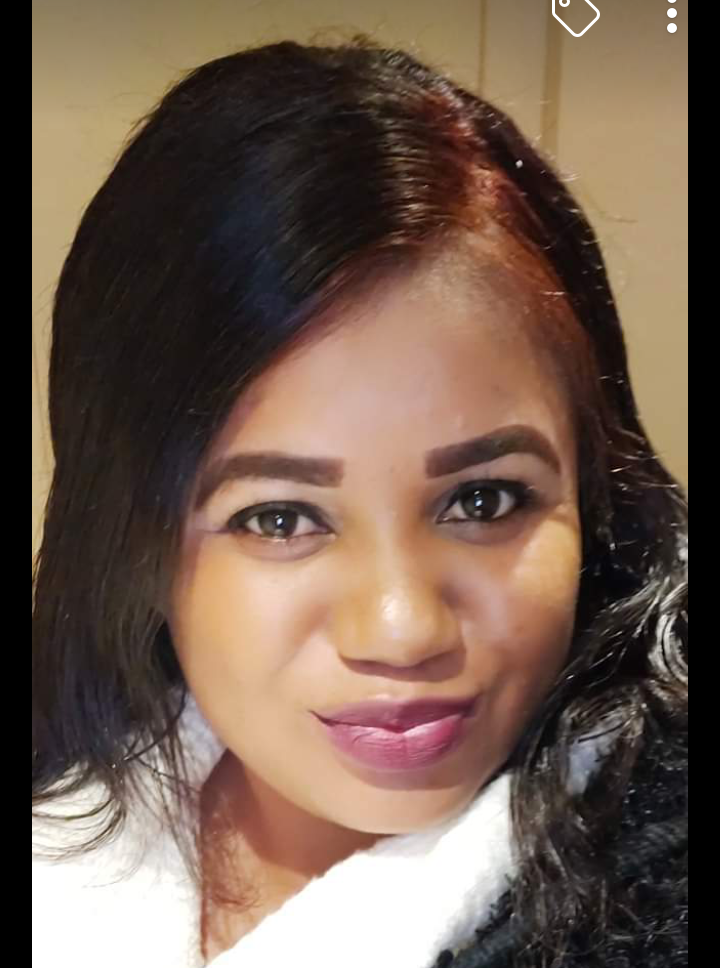 Every love story begins in a certain peculiar way, different from any other love story. Though they may have similar twists and turns, there are certain occurrences which would remain unique to each individual love story. Now, anyone who claims love doesn't exist sure hasn't fallen in love before. It's true that the fire in most marriages these days quickly fizzle out, but then, there are still couples who continue to grow in love and respect for each other. And that, my dear readers, is what makes marriage beautiful and enjoyable.

As I was checking out stories on facebook today, I came across a beautiful story written by a lady known as Bimbo Grace Kolawole. She posted this story on a facebook page called 'Female IN', a group which I belong to and whose members are mostly female if not all female. In her story which occurred while she was still in secondary school, she wrote about how she initially hated their new neighbor (who later became her husband) and planned to embarrass him but it backfired.

According to her, she had initially thought that he was a driver and when she had met him, she was still in senior secondary school. He even helped tutor her for her WAEC examinations which she eventually passed but she still didn't like him even then though everyone else in her family loved him. However, Presently, she's been married to him for 17 years. You can read the screenshot full story below: 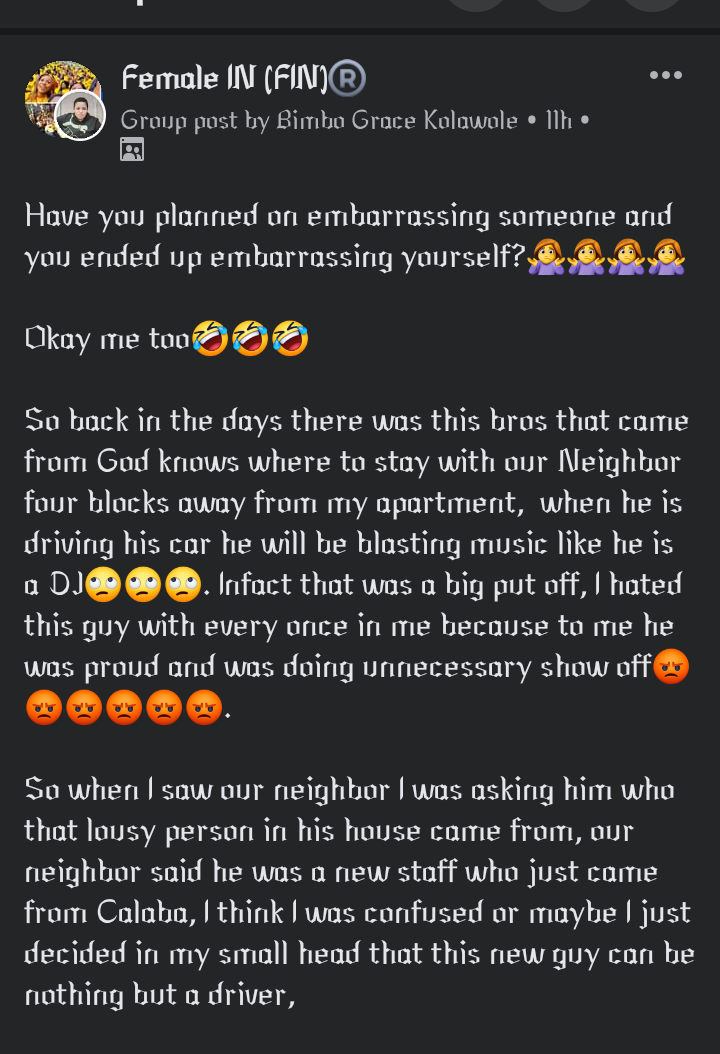 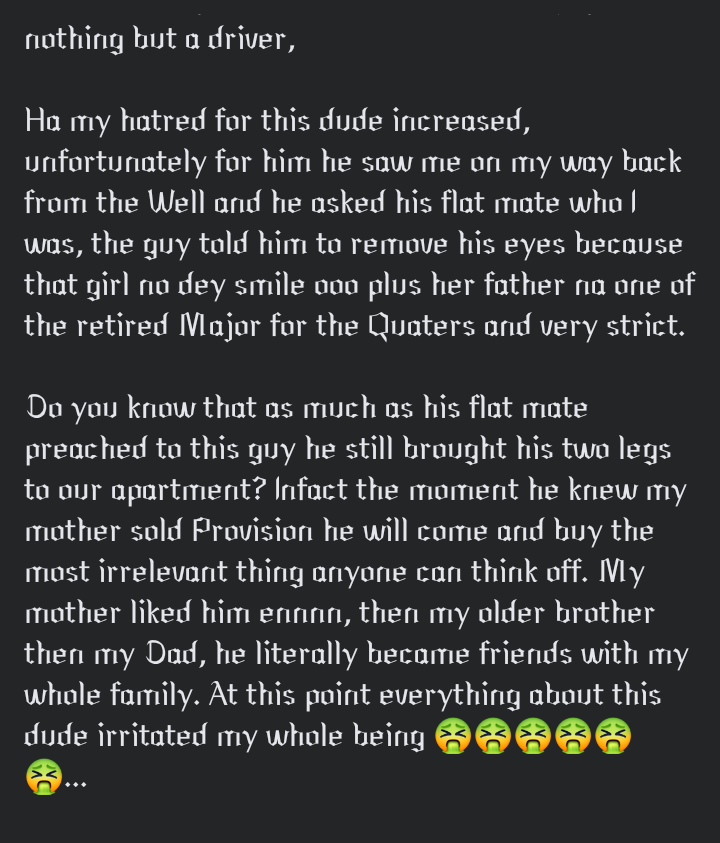 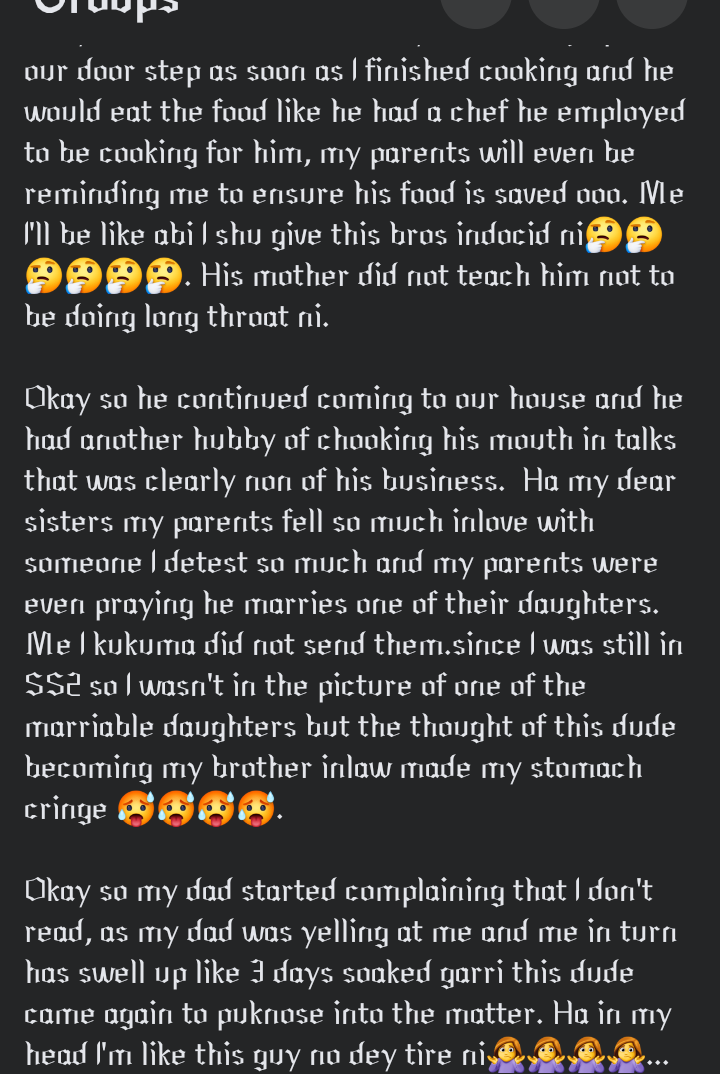 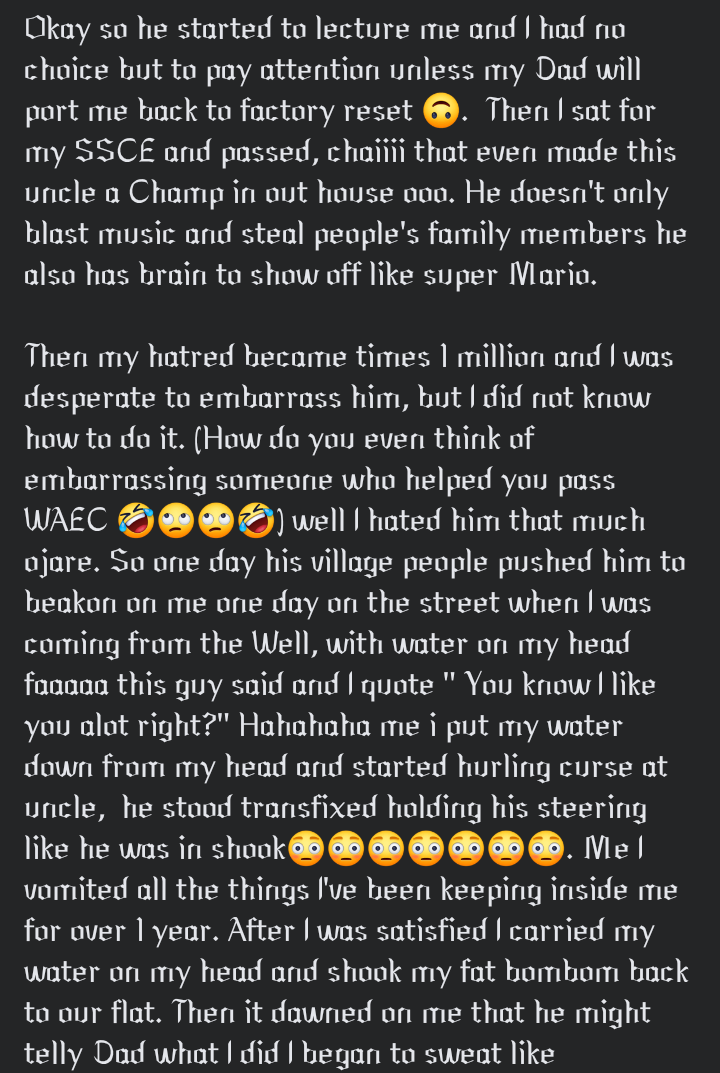 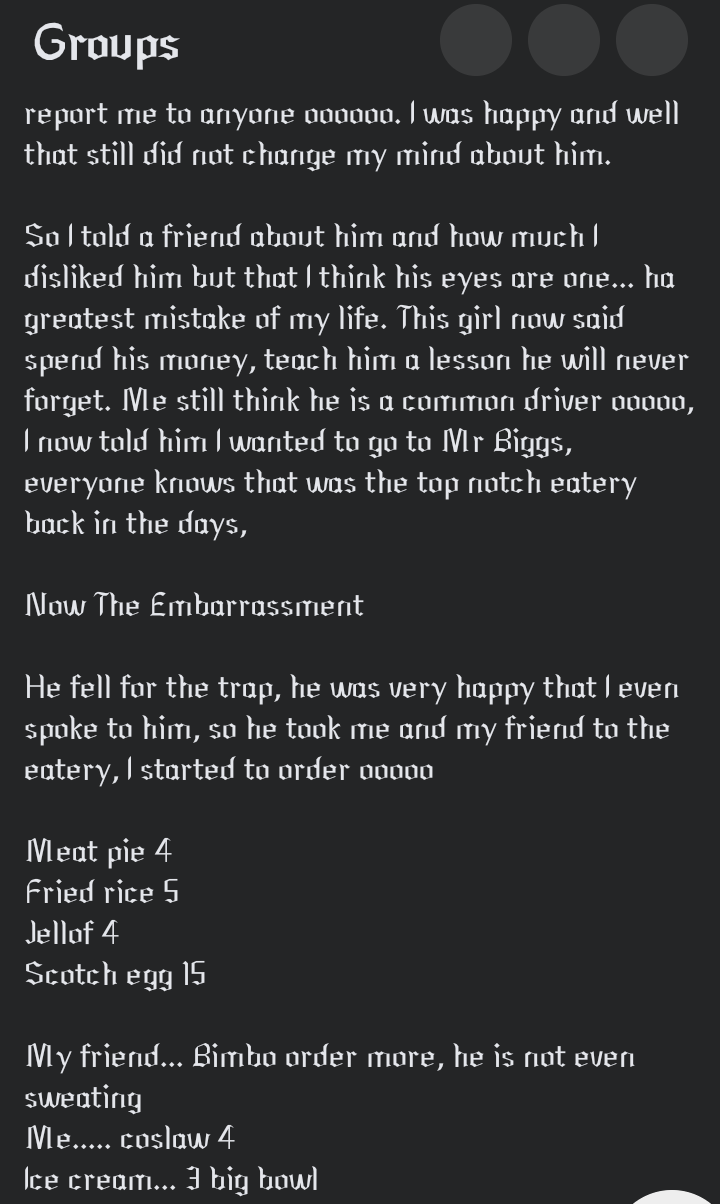 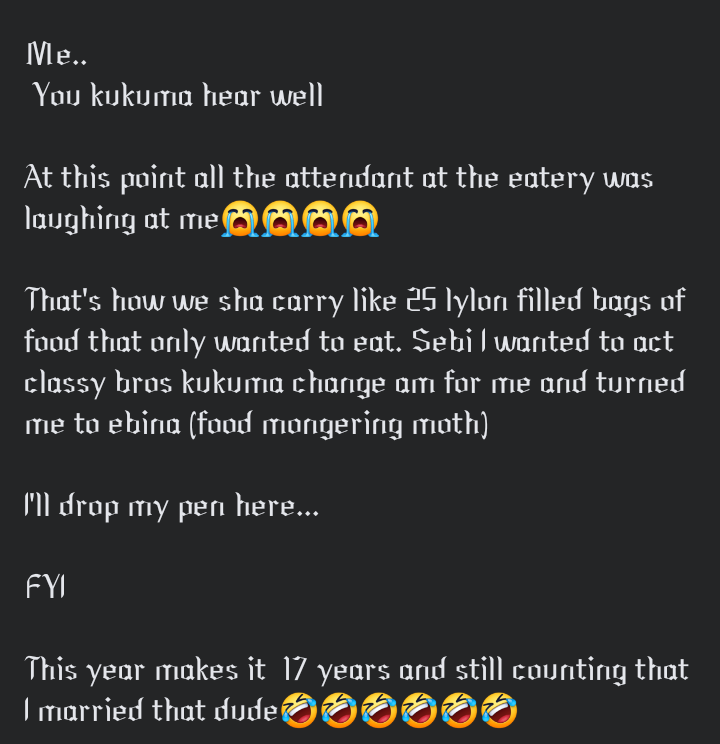 Pictures of the lady and her husband. 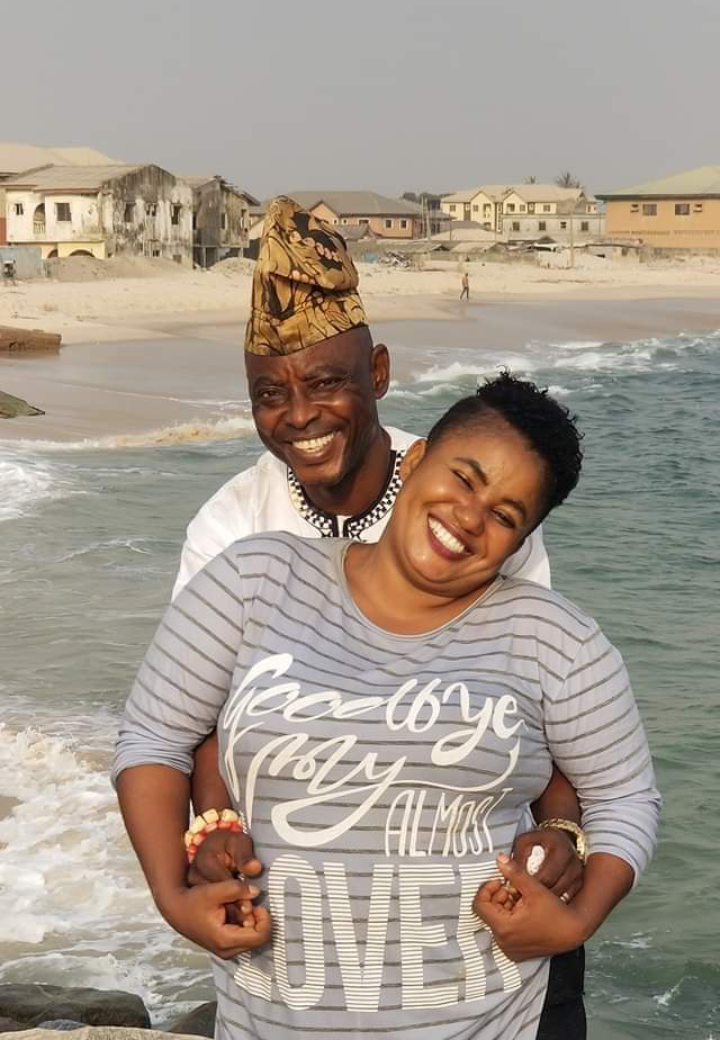 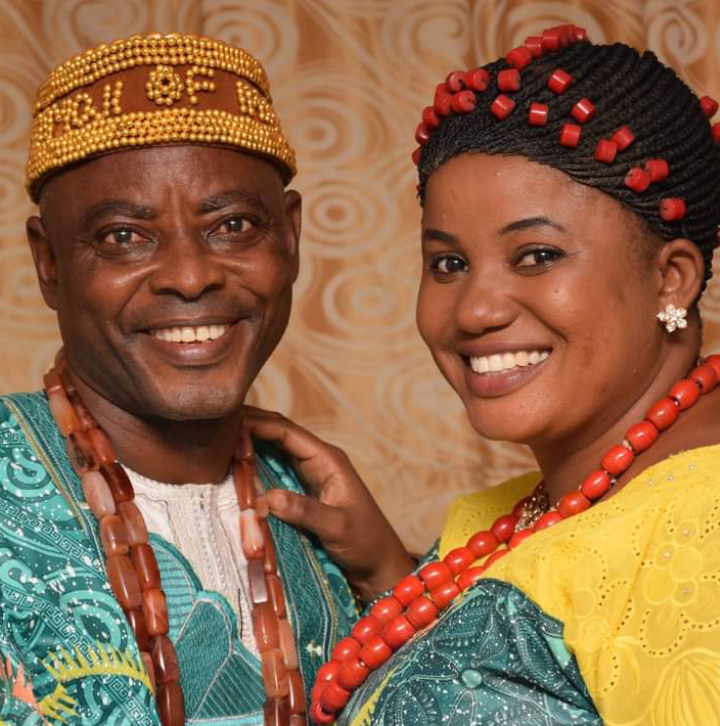 Her story has over 20 thousand reactions and hundreds of comments since yesterday when she uploaded it. In the meantime, what do you think of her story? Do you find it as hilarious and strangely romantic like I did? Please drop your comments and observations in the comments section. Thank you.

Yahaya Bello Says Nigerians Want Him As The Next President, Sowore Mocks Him