Photos of a newlywed Indian couple has reached the internet as they were seen "sailing" to their wedding venue in a big cooking pot. The determined couple were not willing to postpone their wedding despite the heavy rain flood in the area. 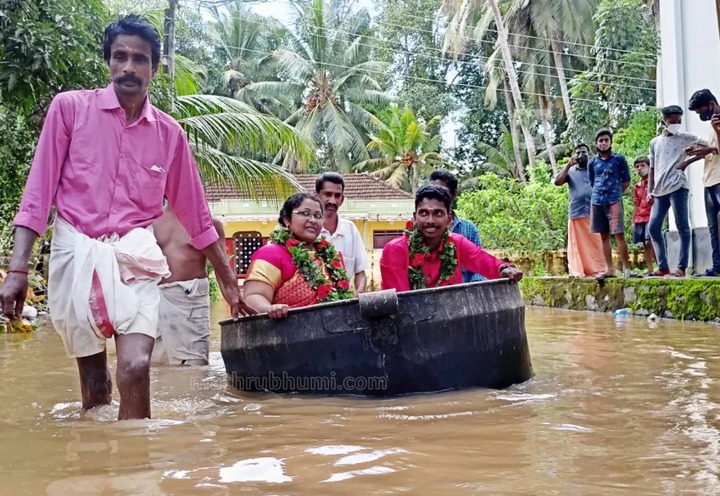 Instead, they decided to borrow a large cooking pot from a local temple and used it as a makeshift boat to "sail" to their wedding ceremony. Their determination to get married on that day despite the flood, has brought them a lot of media attention immediately after the photo and video appeared on social media. 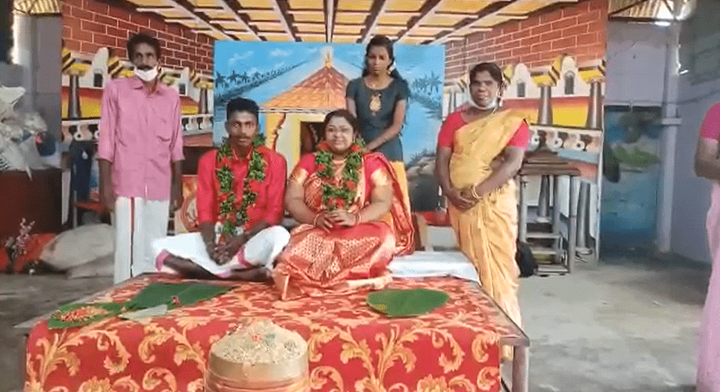 As at Monday 18th of October, the southern state of Kerala in India has recorded at least 35 deaths due to the landslide and flood that was caused by heavy rain in the area. The Indian Army and Navy who are carrying out a search and rescue operation in the state, have rescued many people, while many more are still stranded and missing. 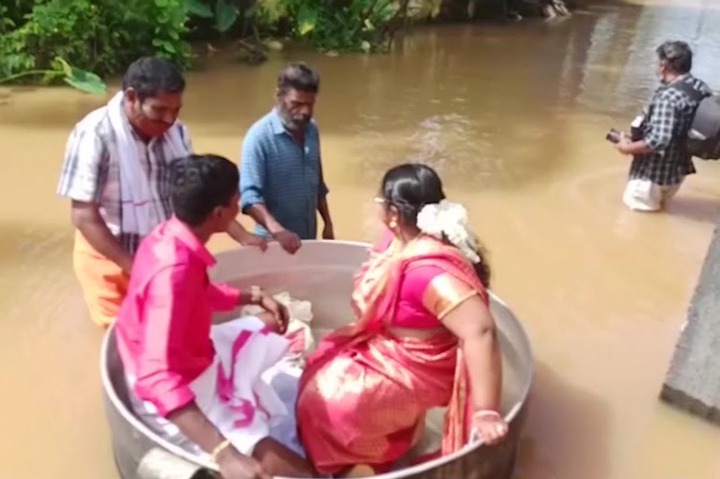 Sadly, this heavy rain has flooded the state for about three days now, but the Indian government is striving to restore normalcy to the area as it has rescued thousands of people and over 100 relief camps have been set up. 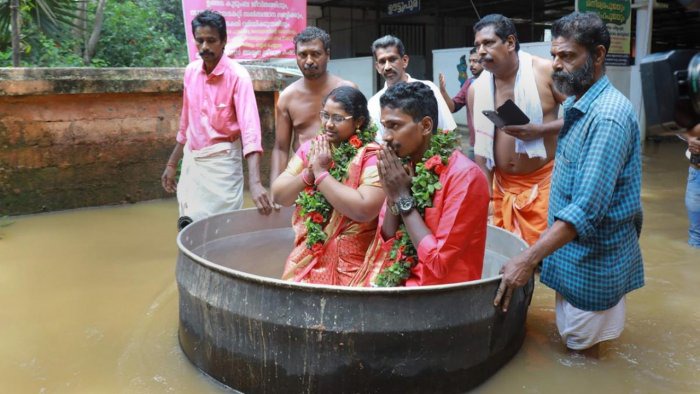 According to reports on the media, the newlyweds who are both heath workers, did not allow the flood to delay their wedding ceremony. Photos and videos online show the couple floating in a large cooking pot, while they were being pushed my a man.