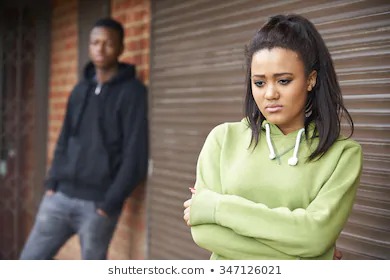 I couldn't believe what I just heard this morning. It was even more unbelievable when my family tried to explain it to me. It just sounded so farfetched and unrealistic. I mean, how can my own sister be my mother? They are two different words: sister and mother. Sister Arin cannot be my mother, it doesn't sound realistic at all. Or are my family members playing a trick on me? I really want to believe they are because I can't believe this at all.

"Knock knock", someone said as the person knocked my door.

"Me", I heard the voice of my sister.

"Go away, you liar", I shouted at her. She forced her way in. On seeing her, I turned my face to the wall. She sat on my bed.

"Hey", she called as she patted my back.

"Go away!" I said with a teary voice.

"See, I know it's hard to believe but what you heard this morning is true, everything about it is true. Believe me."

"I don't want to hear it. I know this is a prank but it is too expensive for a 16 year old boy." I said, reminding her of my age.

"Sam, look at me", she tapped me but I stayed face glued to the wall. "Okay, let me tell you everything that happened."

I still turned my face to the wall but I listened with rapt attention as she narrated the same story I had heard my mom and dad say that morning.

Her story from her POV (Point of View)

I was sixteen when I met Ademola, we were both in the same class in high school at my school, the same school you happen to attend as I speak. Ademola was a dreamy guy and every girl in my school loved him. They practically worshipped him. One day, he and I were stucked in a class together because it was raining so heavily. That was when we talked for the first time. That was funny though because I had been his classmate since I was in SS2 and at that time, I was in SS3.

After that first not so interesting conversation with me, he began to talk with me more often. Not very long after that development, we started dating. One thing led to another and we slept together. It happened on the last day of our WASSCE.

My mom didn't take it easy with me when she found out I was pregnant. Dad was disappointed. She demanded I took her to where Demola stayed. I took both of them there but alas, Demola had travelled with his whole family to Ghana. It was as if they had been waiting for this. Demola didn't even tell me about it. Mom nearly killed me that day.

To escape the shame, mom and I went to stay with Grandma in our village. That way, no one in the city would know about my pregnancy.

After months of carrying you in womb with sorrow, mom and dad volunteered to raise you as their child as their own. That is how you became my brother.

After she narrated this to me, she cried and left immediately. Right now, my mind is in chaos, I really do not know what to do. Should I take as my mother or continue to see her as my sister?