Fiction: I Visited My Fiancé's Parents & Found Out His Dad Was The Lecturer I Had An Affair With

By Lionness (self media writer) | 1 year ago 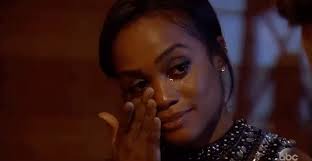 Where do I start this sad story from? How do I explain an abomination I committed? How do I purge myself of the curse I brought upon myself by sleeping with father and son?

My mother has always told me that purity is a virtue.

I'm 26years old. I have been dating Badmus for over 3years.

We met at a birthday party of a mutual friend when I was in my second year at the university. We were introduced and we became friends.

Badmus was a perfect gentleman. He was very caring and attentive to all my needs.

Well, friends became lovers. He asked me out after few months and I agreed.

Our love was the bomb. A dynamite that could blast a rock and survive a storm.

I spent weekends and lecture free week at his place which wasn't too far from my school.

We were very intimate. Despite the depth of our intimacy, Badmus never treated me badly.

About two years into our relationship, Badmus proposed and I accepted.

I was very happy. Our love grew tougher and stronger.

I started pressuring Badmus to introduce me to my parents since he has met mine. He refused. He kept telling me that the time wasn't right.

Well, I had to choice than to wait like a fisherman trying to bait a fish.

Love started to intoxicate me. I began to lose focus on my studies. I was wrapped around his love.

I started skipping classes to be with him. He questioned me about my ceaseless visits to his place and I lied that I had no lecture.

I struggled to pass my examinations. My friends assisted me in the examination hall since they do benefit from the gifts Badmus showered on me.

Nemesis caught up with me in my final year.

The invigilators scattered our formation. I was stranded at the front seat where I was placed.

I looked up and down. Tears came gushing out of my eyes. It was my last paper and I couldn't afford to fail it. Failing any course meant an extra year for me.

I was too busy sleeping and dining with Badmus. Badmus had warned me countless to remain focus and duty hard. I lied to him that I read hard in his absence.

Jesus save me, I prayed quietly in my heart.

It seems my cup was filled and running over. Jesus didn't save me.

Time was up and I submitted my blank script.

As I was walking home dejected, satan ministered to me.

I turned back and went to the office of the lecturer whose examination I just sat for.

I knocked at the door and I was invited in.

I went on my knees and started pleading with the lecturer to have mercy on me.

I lied that my mother had been sick for almost a year and that was why I missed classes and couldn't prepare well for the examination.

The lecturer refused to heed to my plea.

I walked up to the door and bolted it.

I turned around to face him and I stripped off my blouse. I seduced him and we did the unthinkable.

I got a B grade in his course and I was glad to have scaled through the rigours of the university.

I was called to serve in the eastern part of the country.

It was during my one month leave at the end of my service year that Badmus invited me to his parents' house.

I dressed decently and I took off to their house.

It wasn't difficult to locate his house as the address was a popular one.

I knocked at the entrance door and was welcomed in.

I was warmly introduced by Badmus to his mother and kid sister. They hugged me tightly and I felt loved.

I was given light refreshment as we waited fof the cook to finish preparing lunch.

We sat in the living room talking and sharing memories. The atmosphere was so lovely.

We were deeply engrossed in our bantering when we heard a voice.

We turned and I saw an elderly man.

Badmus quickly rose up to introduce the elderly man to me as his father. His father was the lecturer I seduced and slept with about a year ago.

My brain froze. My tongue got stuck to the roof of my mouth. I was mentally and verbally speechless.

I wished the earth would swallow me.

Immediately, his father shouted - "you can't marry this girl". Badmus got angry and asked why.

His father asked everyone including myself to sit down. He narrated how I came to his office to seduce and lie with him.

Before he ended the last word, I received a slap from his mother. She called me a filthy rag.

For the first time, Badmus' gentle eyes turned red and fiery. He ordered me out and told me never to look back.

I knelt down weeping and begging.

His mother, with tears rolling down her face, walked up to me and placed her hands on my shoulders.

She said because of the abominable act I committed by sleeping with father and son that such abomination would continue with my offspring and lineage forever.

Badmus dragged his engagement ring off my finger and shoved me out of the house.

What do I do? Where do I start from?

I never knew they were related. I wish Badmus had introduced me to his family long before I engaged in such act with his father.

How do I purge myself of this curse?

Can God forgive me?

Young ladies, don't be like me. Don't walk the way of Sodom and Gomorrah.

Now I'm living with the shame and pain. I am seeking for help and trying to find solace.

Content created and supplied by: Lionness (via Opera News )