By OduseDavid (self media writer) | 15 days ago 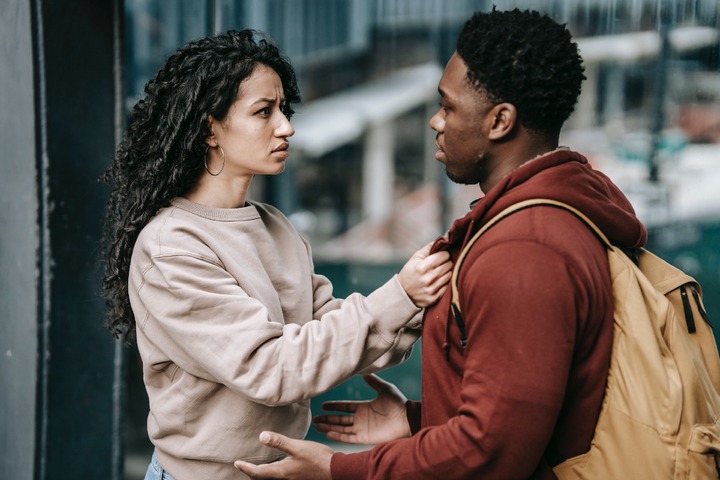 (Image used for illustrative purpose only)

Dating is not a new thing, in this present epoch of human history. It's a common trend for young adolescents to get into one romantic relationship or the other while growing up as young adults.

Although, the original purpose of dating is for two potential couples to ascertain each other's compatibility as future marriage partners, the whole definition of dating has changed in these times, however.

People go into dating for many reasons. Some date for fun. Some others engage in dating to look socially acceptable. There are several intentions that inspire dating relationships, these days.

Traditionally, before a relationship can be ignited, a man is expected to ask a woman (of his choice) out, and the lady must have agreed to his request. This has always been the case anyways.

On the contrary, a good number of guys often make grave mistakes that cost them the possibility of dating a woman they want. These mistakes may appear subtle, but they can silently ruin the chances of sailing a 'ship.' So, what are the three mistakes about? Let's quickly take a brief look at those erroneous gestures.

It is widely acceptable that women are prone to run after men with fat pockets. No doubt about that. If you are flashing material possessions to win a woman, there are higher chances that she falls in love with your pocket, not your heart. In the long run, she might dump you for another guy with fatter pockets.

Most guys are guilty of this, and they need to know the consequences of it. A woman that can easily get attracted by material things won't always stay around you during your difficult times.

Falling in love is not a crime, but it can lead to a repulsive vibe from the lady when you give too much attention to her, at the early stages. I have seen guys who become obsessive with the woman they wanted to ask out, and the outcome were always negative. The lady usually get pissed off.

No! You shouldn't be all over her during the talking stage especially when she is yet to say "Yes" to your proposal.

3. Taking the Role of the Holy Spirit

During my undergraduate days in OOU, we coined a term for guys who are acting like boyfriends to a lady who isn't dating them. We used to call those set of guys "Holy Spirits."

According to the Christian scriptures, the Holy Spirit is an entity in the Trinity who acts as the Comforter to the children of God, after the dispensation of Christ (which came to end at his death and resurrection).

This is one mistake guys usually commit. You don't start acting like a lover to a woman who is yet to date you. You lower your self esteem before her and more so, you are more like to end up in the friend zone. These days, we call those type of guys "SIMPS."

Being a Simp is one gesture you should avoid at all cost. You like her so much, right? Fine! Take a chill pill and create some level of distance, while you talk to her in the background. That way, she will get to appreciate the little time you spend with her.

There are many other mistakes guys often make in their pursuit of their favourite woman. Learn to identify these three mistakes discussed above in your romantic vibes with women.

If you know any other mistakes common to guys when asking babes out, you can kindly share them in the comments section.

Content created and supplied by: OduseDavid (via Opera News )