4 Things You Need To Discuss Before Committing yourself To Marriage

By Logisman20 (self media writer) | 2 years ago 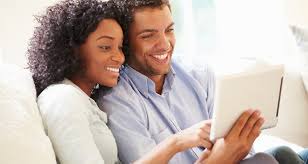 4 Things You Need to Discuss Before Committing yourself To Marriage

Uniting two diverse individuals with unique backgrounds, desires, and viewpoints is very challenging. This is, in part, why so many couples struggle during their first year of marriage.

Pre-marital discussion, where both individuals can share honestly and receive input from a non-biased third party, can be especially helpful for numerous reasons. First, it acts as a buffer, ensuring conversations remain productive. Second, they will both suffer from self-deception and faulty perceptions if issues rises in their marriage..

Those who grew up in dysfunctional homes have a tendency to normalize damaging behaviors. As a result, they may not see that as a problem that, overtime, could create intense difficulties for their marriage. they might even discount or minimize their partner’s concerns. The converse can also be true. Perhaps a boyfriend worries about certain behaviors in his girlfriend that are more different than harmful. A true heart to heart discussion prior to marriage will be able to guide the couple toward optimal a healthy marriage.

Many marriages have disintegrated due to disagreements regarding religion, finances, parenting, and extended family, but that doesn’t have to be the case. couples can avoid a great deal of unnecessary conflicts, and the relational damage that often follows, by discussing potential areas of contention before they become an issue and while they have some emotional distance.

Couples who’ve engaged in such hard conversations prior to saying their vows will stand a better chance to experience peace, increased trust, and relational intimacy as they steadily merge their lives into the type of marriage they desire.

Before proposing, couples should consider how many differences they are bringing in to their marriage and understand how challenging it would be to merge their lives.

Failure to discuss these key issues will led to a lot of unnecessary arguments, hurt, and distrust that may eventually destroy their marriage, love and relationship.

Here are the 4 Things You need to discuss before committing yourself to marriage.

Much pain can be avoided when couples take the time to discuss their respective faiths prior to taking their vows. Religious tension can make or mare your marriage.

I have encountered numerous couples who have spent decades spiritually disconnected from their each other, unable to share the most important aspects of themselves with the most important person in their life. Some have gotten divorced while others are not enjoying their marriages because of spiritual disunity. If there is no spiritual unity in your marriage inevitably you will both fell increasingly disconnected with one another as your spirits.

So it is very important you discuss this with your partner before you say I do.

By discussing finances prior to marriage, couples are able to develop a game plan before tension, materialistic wants, and disagreements come. As a result, they will enter into their marriage united, with savings, a working budget, and a plan for their financial future.

Most would be couples do not talk about money until they are married and experience problems. They will fight, often, and impulse-shopped themselves into significant debt. Money fights are the second major leading cause of divorce in major cities across the world today. Most couples go into marriage with little or no money-managing skills and soon find themselves swept up by unprepared expenses. As a result, many they quickly find themselves in debt, and this debt, along with the inevitable stress it creates, adds to increased tension and distrust which may bring problems if not well managed. If you have not learned to manage your finances well or live on a budget your peace will suffer as a result when you get married.

Before going into marriage intending couples should take out time to discuss if they Will have children, and if so, how do they intend to raise them. Parenting is one of the most important, time-consuming roles an individual can accept. Children should never be an after-thought or “add-on.” This could create a problem for would be couples, What happens when one partner wants children and the other doesn’t? What if you’ve always valued a stay-at-home parent and your partner has career aspirations? Will you discipline through spanking, redirection, natural consequences, or a combination of various methods? Perhaps most importantly: How will you settle parenting disagreements when they arise? These questions can provide filters for decisions, like whether to sign our child up for that traveling sports team or guard family dinners for years to come. Will we consider adoption or foster care? How many children will we have? Will finances play into our decisions? What values do we want to train? What attitudes do we want to cultivate? What activities will we prioritize? Etc.

We’ve all heard stories of the overbearing mother-in-laws or verbally abusive father-in-laws and the decades of marital discourse both create. Couples can avoid years of pain and relational damage by holding open, honest, and proactive conversations regarding everyone in the families they’re marrying into. Discussing this prior to their wedding can help couples avoid countless arguments and frustrations later and enables them to approach future issues as a united team. When two people come together, they are bringing with them a lifetime of culture, traditions, and ways of life. For example, one person may come from a loud, large, and emotive family accustomed to high-energy dinners and vacations. Their partner might have been raised in a quiet, calm home where members kept their opinions and feelings to themselves. Once married, which aspects of each of your respective cultures will you incorporate into your home? But perhaps the biggest question couples need to discuss is how they’ll deal with in-law relationships. i.e John comes from a highly dysfunctional home where family members are controlled by manipulation, threats, and emotional abuse. Initially, he didn’t realize how harmful his home environment was, so his girlfriend brought this to his attention. She shared her discomfort with the situation and her concerns for their future, and together they discussed ways to guard their peace and protect their relationship. Though these conversations weren’t easy or quick, they allowed John and his girlfriend to become proactive rather than reactive and move toward increased health which will in turn save their marriage.

Content created and supplied by: Logisman20 (via Opera News )