By Eltosdelights (self media writer) | 15 days ago

There are different stories of love and what people have done for love. No doubt, love is one of the brightest and sweetest things in life and that is why people often go extra miles to prove their love for the one they love. 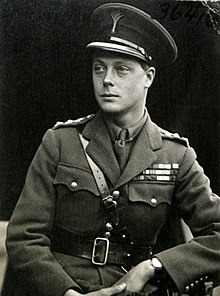 Who could ever imagine that a king could relinquish his throne as the king of England just because some people did not permit him to marry the woman he loved? There was one king who did this for love. Edward Albert Christian George Andrew Patrick David, (King Edward VIII) was the king of England whose love for his woman drove him to abandon his throne.

According to the story, in 1936 King-Emperor Edward VIII decided to marry an American Socialite, Wallis Simpson. The American woman had been married twice, she divorced her first husband and was looking forward to divorcing her second husband just to be with King Edward VIII.

The people in government working with King Edward VIII rejected Edward's proposal to marry Simpson because Edward being the nominal head of the Church of England, was not allowed to marry a woman whose former husbands were still alive. They raised concerns that such a marriage cannot take place in the church.

Despite the opposition from his people, King Edward VIII declared that he would marry Simpson as soon as she finalized her second divorce, but as the king of England, he was not permitted to marry a woman like Simpson who had already divorced once and still working on the second divorce.

The disagreement between the people and the king led to the king relinquishing his throne on the 10th of December 1936. He was however succeeded by his brother Albert, who became George VI. Edward was given the title of Duke of Windsor, and styled Royal Highness, following his abdication, and he married Simpson the following year. They remained married until his death 35 years later.