Reasons why girls are getting married later in life

By BenjaminOgobuchi5050 (self media writer) | 1 year ago

Reasons why girls are getting married later in life 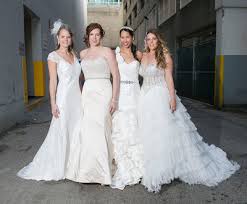 Girls at the age of 18-25 years there always attract by a serious men who are fully ready to marry them, but at that age most of ours girl's/sister's never wish to hear anything about marriage,

2) who cares about marriage

3) I want to gather some money first

4) I want to focus on my education

5) marriage is full of problems

6) you are too old for me ( a guy of 30years) these are some of few reasons ladies give at their youth age.

But this Girls will be having a serious and series of sex relationship with small boy's of their age, because at that age they always have high rate of boy's, guys and men's coming for them, but they will prefer to choose those boys rather than the real men who want to marry them.they are still young to marry right but they are not young to have sex with boys.

At the age of 25-30 years, parents will start asking them the following questions.

3) are u not planning to get married?

4) are u not seeing that all your mate's are getting married ?

But mind you , parents only see the outside of their daughters, not knowing that there is nothing left inside.

At the age of 30-35 years they will start looking for men to marry not boys to have sex and play with again.u will see them forcing themselves to marry a man who don't want to marry them. Please we beg you, Leave us alone.

Now u hear our sisters say age doesn't matter who told you so my sister it matters alot.

Remember you rejected men because u think u were too young.what makes u think your age doesn't matter to us?

If u ask her for dating, she would burst out by saying, my brother I am not like them ,am looking for a serious man ,a husband not dating. If you truly love me go and see my parents for marriage. My dear you don't expect a young man of 29- 30 years to marry you of 30-35 years as his house wife when there are younger pretty girls out there even if he chooses to ignore your age and marry you,his family and friends will discriminate you.

Men that will be interested to marry you will be of 45 years and above and mind you, those men are married with kids except you wanna be second or third wife.

Everything in life has its own season and time even it is recorded in the Bible.

There is no lady at age of 30-35 years seeking for marriage who's haven't been approached during 18-25 year. But by then, they were busy jumping from clubs/ parties to hotel rooms looking for ( fun not marriage)

Please not everything is about prayer. For God who created you has made a plan for you but when you change the plan or miss the road, please don't disturb the peace of God.cos , he will be busy planning for your younger sister's.

IT'S NEVER TOO LATE TO ASK GOD FOR FORGIVENESS OR HAVE A SECOND THOUGHT OF MIND FOR OUR GOD IS A MERCIFUL AND GRACIOUS GOD CHANGE YOUR MINDSET AND TURN TO HIM NOW BEFORE IT IS TOO LATE.

Content created and supplied by: BenjaminOgobuchi5050 (via Opera News )