By FacelessGhost (self meida writer) | 3 days

In dating and relationship, the most traditional and common thing is that the man makes the first move in approaching the woman and making his intention known. That is how it has been for a long time and that is how many people think it should be, but in some cases, it is the woman who summons courage and approach the man to ask him out.

Many will say this is wrong or the lady is selling herself short, but the reality of the matter is that, the woman is brave and not afraid to get what she wants. If you like someone, why wait or sit back because of your gender ? Are you worried that the man will not take you serious because you made the first move? I believe the man will respect you more for making such a bold decision.

According to a lady, women who decide to make the first move in dating have more success in their relationships. 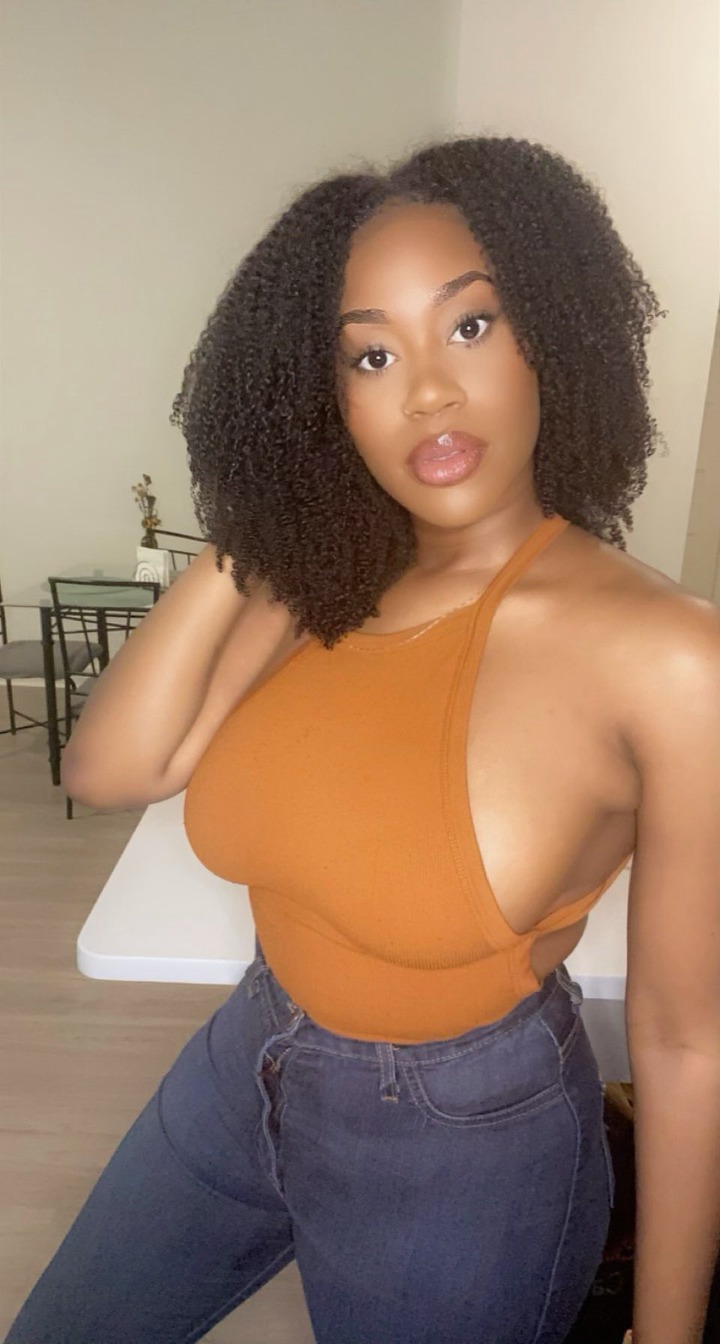 She made this known through her social media platform and as people reacted to her claims, there were some ladies who confirmed it. More than a dozen women confirmed this and even some men admitted that it is easier to put in effort in such a relationship because you know for a fact that the woman is really into you because she made the first move. Rather than having to question her intentions and interest in you if it were the other way round.

"Apparently it’s been proven that women who make the first move have more success in dating. And I swear I been trying to tell yall this, you’re dating the people you actually want instead of dating whoever you get."

"I just feel like as a woman , you know what you’re attracted to and desire in a partner so if you happen to see it, why not try to get it." 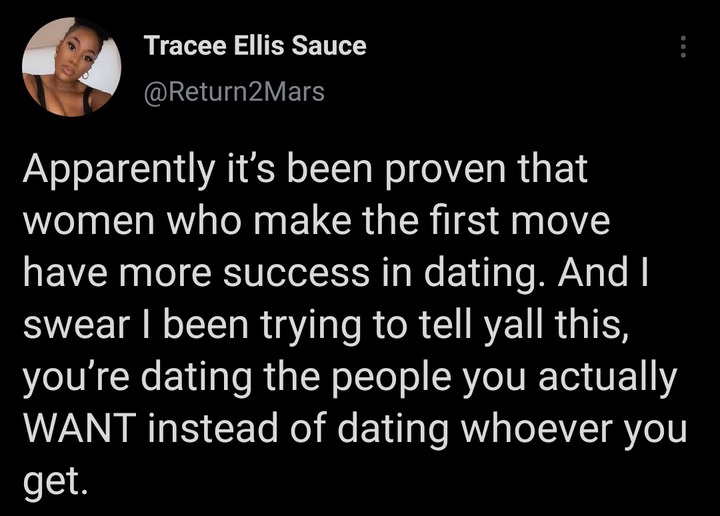 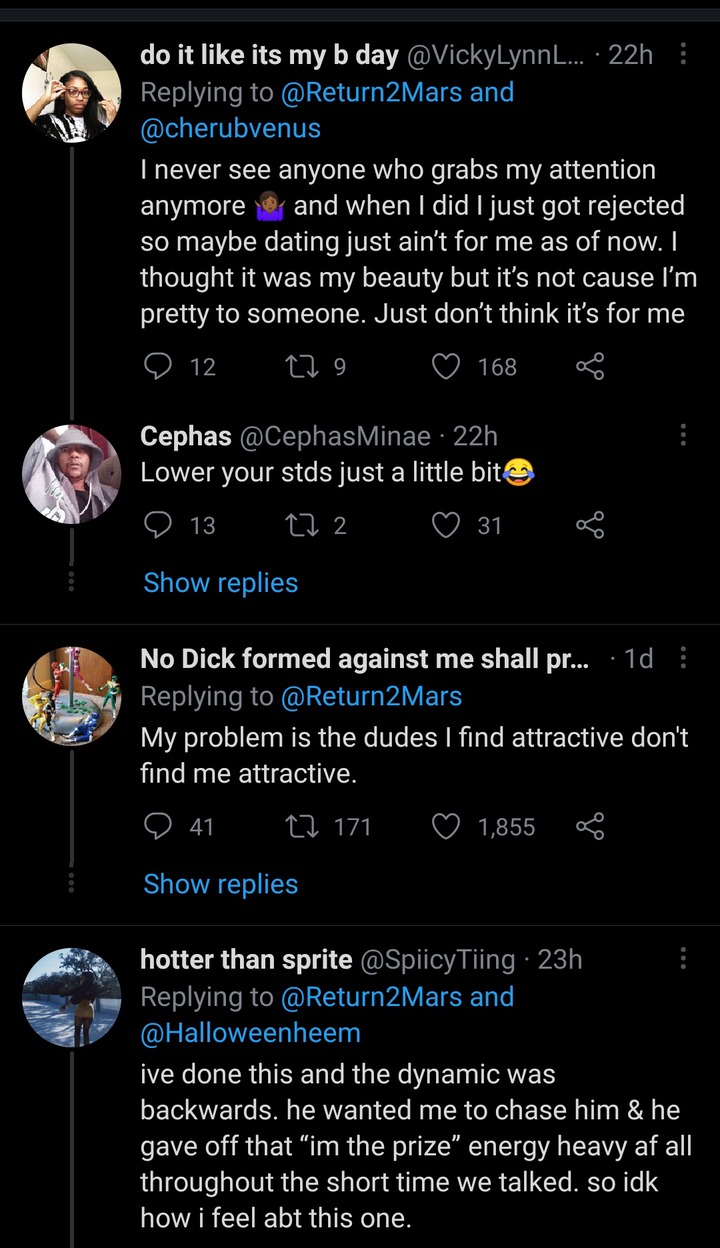 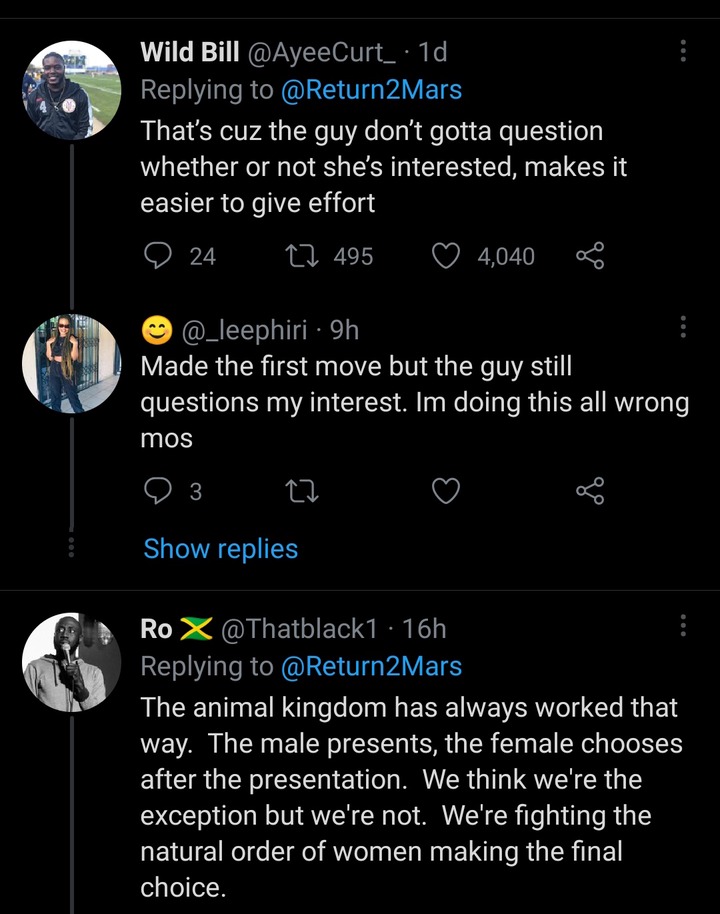 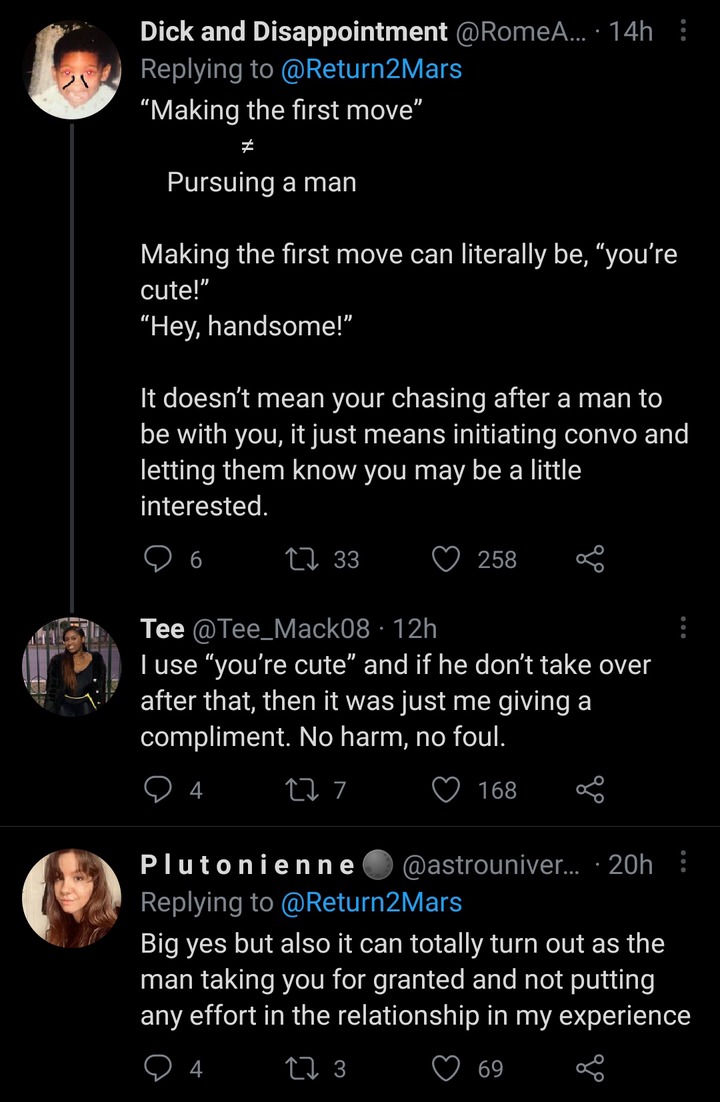 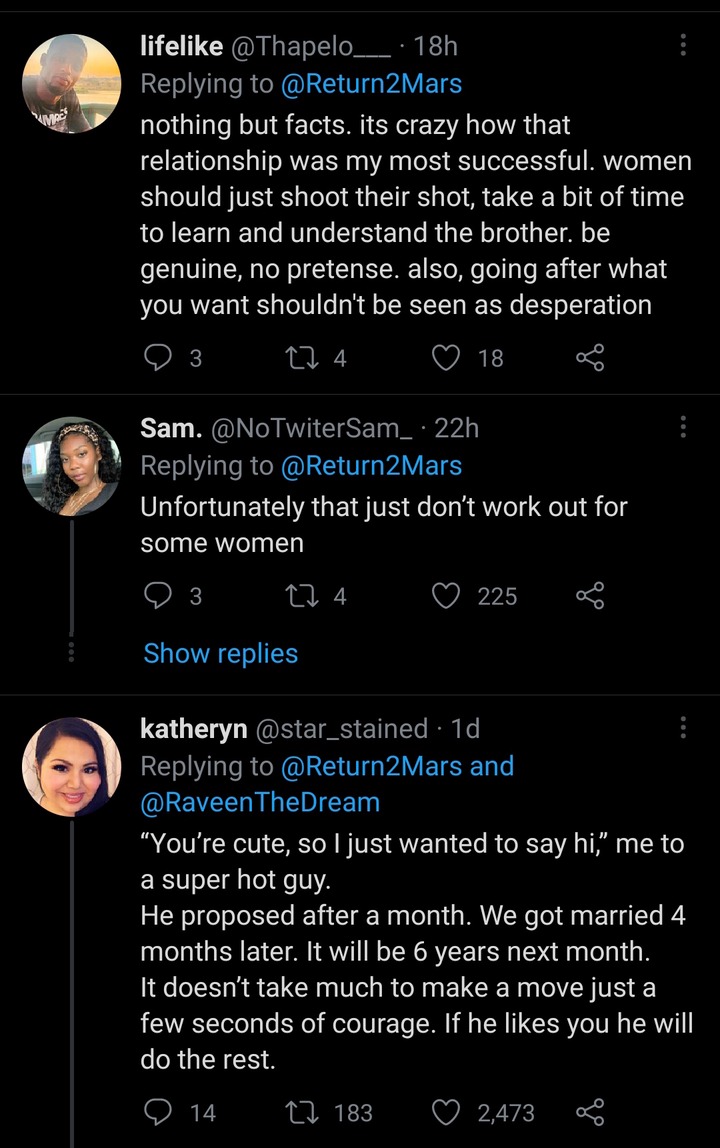 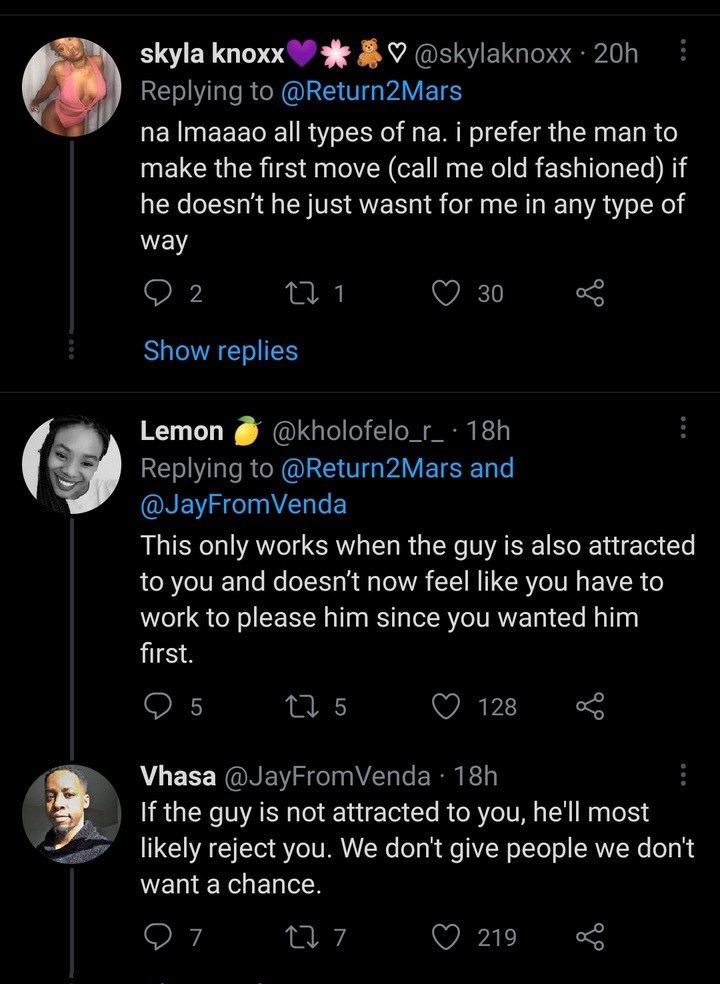 Do you agree with this ?

Content created and supplied by: FacelessGhost (via Opera News )