The husband Olaniyi Oluwaseun Oladepo, is asking the Judge in charge of their case, Justice Christopher Balogun to put an end to their marriage after claiming that his wife provoked him to anger for bringing in strange prayer water to their house without his approval. 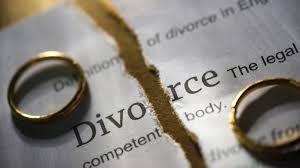 The aggrieved husband who has left his house for some time stated that he was provoked to violence but he left the house after finding the 'strange liquid' in his house. He also accused his wife of being fetish because of the water he claimed was brought into their house by her.

Responding to the claims made by her husband, the wife, Adeyinka Oladepo shared her own side of the story. She revealed that they have been married for ten years since October 15, 2011, and were blessed with two children.

During the court hearing, she mentioned that her husband had told her in 2015 that the both of them were no longer compatible with each other. 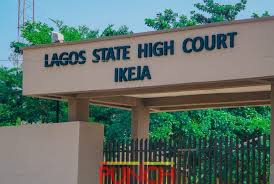 Speaking on the allegations of bringing strange water to her home, she said that it was her mum who had collected the water from a religious programme.

She stated that she had collected the water from her mum and had kept it in the house for some time without opening or using it.

She said that she returned home one day from work and discovered that her husband had already absconded from the house. After proper evaluation of the case, the Judge adjourned the case to another date for further hearing.