Opinion: How Sacrifice Revolves Around the Limitless Borders of True Love.

By Henryslaw | self meida writer
Published 27 days ago - 0 views

It couldn't be much better without him. I couldn't have experienced the power of True Love. That fire able to burn the debris of pain and fear, the dirt of loss and grime.

It was on a Wednesday evening, sitting in a reading room with a restless heart. Heavy was it and nothing seemed to abate the "psycho-torture". The books on the desk had no eyes to feed on them. Strength dissolved like mist and my body seemed scorched by the sun's fist.

The civil war in my belly added to the restlessness. One can imagine that crushed strength and broken grace upon a campus guy. Workbooks I was to fill up which were to be submitted the next two days was still in the bookshop. I hadn't even an airtime to call or drop a flash. My state in no time could have morphed into a serious illness. My marks were at stake just as my stomach felt pangs of hunger. 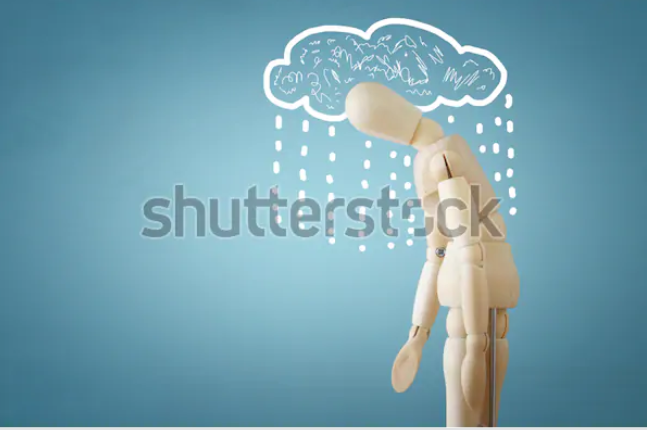 But there came an intervention, a messiah.

Still raving as though like a maniac, I got a call. It was a friend, Dave. A good friend of mine back in the secondary school days. So tight were we that no blade could separate us, instead sef, the blade becomes a bridge to go past the fringe of division. Dave had gotten admission in to a university in Ebonyi state while I in Enugu state. It was a pretty good distance but that couldn't distance us from one another. A source of inspiration he stands to me to struggle to become my better version.

I picked Dave's call. And in our usual way, we exploded into a humorous gist, being lost in the labyrinth of laughter. Somehow, I couldn't feel the abs of hunger developing on my stomach but I could partly feel the zap and shocks. With no hesitation as a friend wey e be, I poured out my problems to him in the maze of our gist.

"Guy, poverty dey chase you oo...e don embrace you sef!" He had said.

He transformed my problems to nuts of jokes we cracked. Then, five minutes went, we were still gisting. An additional three minutes went, he was still on the line. Then, moments later, I was back in reality, wrapped in the sweater of what a student can't just deal with.

Trying to pack my books so as to exit the room, to face my dark space, that sweet notification rang and vibrated my cell phone. Actually, it wasn't a sweet one then. Who the hell would be sending me a message at this kind of my time. I'd just unfriend him with the anger erupting from my dark space. My sadness would have risen if it were MTN messaging me.

But lo and behold, a bank alert it was as I reluctantly viewed it. My account had been credited. Credited with N3000. Joy that was bigger than the Pacific Ocean took over me. And like bubbles, the burst out from all sides of my flesh. If you saw me at that time, perhaps, you must have thought me a mad man. Happiness flushed my face. Maybe sef, my Instagram pics for that moment would clock 100K likes in one minute.... 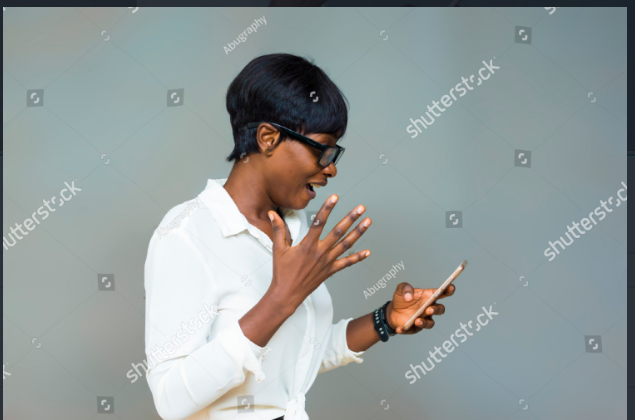 With no guesses, it was Dave who made the Transfer. Wonderful! What a God sent! No one could tell how happy and grateful I was to him. But I hadn't any call credit to even thank him. Hey! Sharp, sharp, I cashed out the money, sort few things out, and got an airtime. I called him and thanked him the much I could. But that wasn't enough for me. I wished to see him in person and give him the thanks he deserved.

But the next month, April, I got shocks of something.

I tried ringing Dave. The call wasn't picked in my first attempt but was in the second by his roommate as I later learnt from our brief conversation. The conversation shocked me to the marrows as he unveiled what I never knew. How the talk had turned to something else was a twist and a marvel.

"I no know where David dey," he had said in the course of our conversation.

"...but last month," he said another moment, "as the money for in account wipe comot, me no know. Whether say na all these in girlfriends wey in dey gist wey in spend am on top, I no know."

"See you na, I sabi when e be dey hunt mangoes." He sounded back.

My bones felt no peace. I doubted this roommate of Dave over and over again. But he insisted it was true, and decided to give me a proof.

He sent me a screenshot. A screenshot of the debit alert from Dave's phone. I can't forget the figures left.

Awe filled my eyes. An awe mixed with an "Oh-my-God, -what-a-human?" feeling. The fire of his love was stronger than the conventional love displayed on Valentine's Day. Strength and grace flowed in this True Love! I needed call and meet him.

It couldn't be much better without him. I couln't have experienced the power of True Love. That fire able to burn the debris of pain and fear, and the dirt of loss and agony. 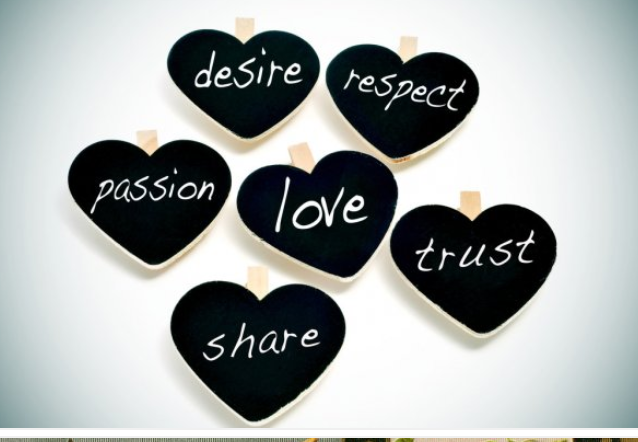 NOTE: The pictures used are just for illustrative purposes. 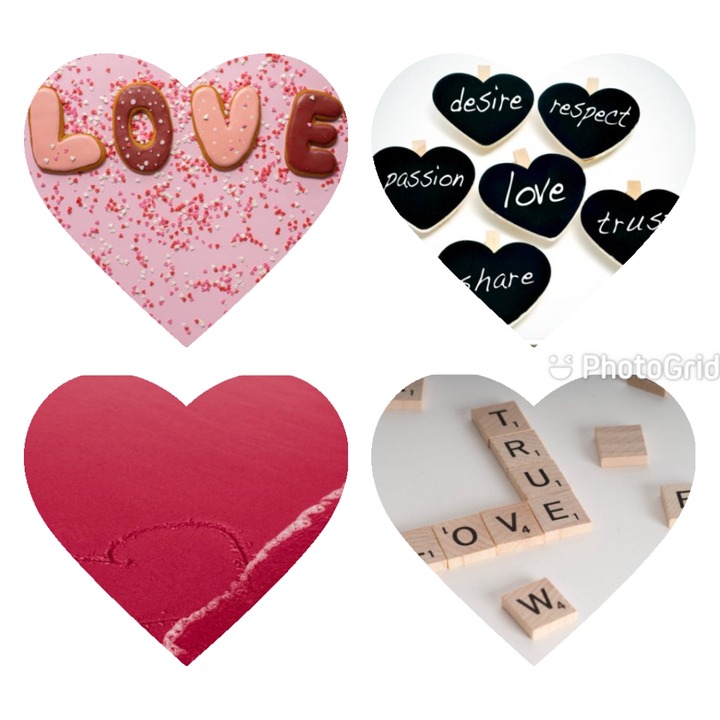 biggest city in nigeria education news inverter price in nigeria nigerian hairstyles for school price of iphone 8 plus in nigeria
Opera News is a free to use platform and the views and opinions expressed herein are solely those of the author and do not represent, reflect or express the views of Opera News. Any/all written content and images displayed are provided by the blogger/author, appear herein as submitted by the blogger/author and are unedited by Opera News. Opera News does not consent to nor does it condone the posting of any content that violates the rights (including the copyrights) of any third party, nor content that may malign, inter alia, any religion, ethnic group, organization, gender, company, or individual. Opera News furthermore does not condone the use of our platform for the purposes encouraging/endorsing hate speech, violation of human rights and/or utterances of a defamatory nature. If the content contained herein violates any of your rights, including those of copyright, and/or violates any the above mentioned factors, you are requested to immediately notify us using via the following email address operanews-external(at)opera.com and/or report the article using the available reporting functionality built into our Platform

Hilarious Things That Occur After You Finish Your NYSC Service Year 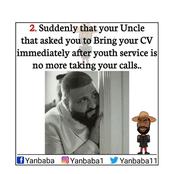 See Photos Of A Man Who Looks More Like A Woman 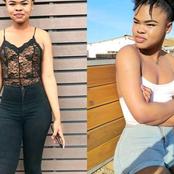 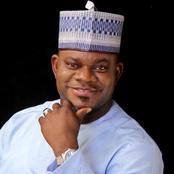 Lady reveals her toxic trait, says, "I know how to love but I don’t know how to believe I’m loved" 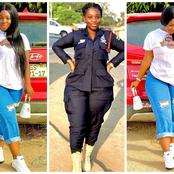 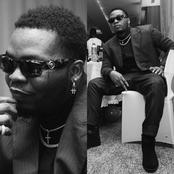 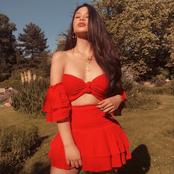 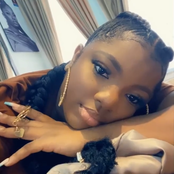 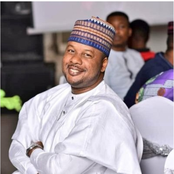 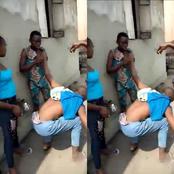 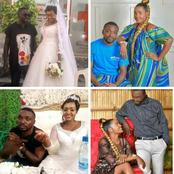