Reasons Why Most Women Always End Up In Abusive Relationships

Reasons Why Most Women They Always End Up In Abusive Relationship 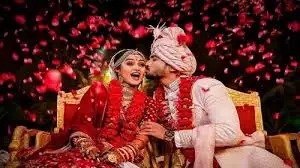 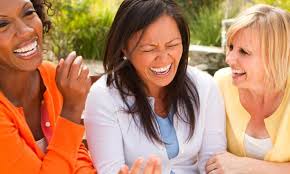 It could be said that although someone can have the desire to attract a certain type of person, it doesn't mean that this will take place. When it comes to the kind of person one has ended up with, they could be completely different.

Now, this could mean that one has been with people who ended up being a good match, and this is then not going to be a problem. What this could show is that the kind of person they thought they wanted to be with wouldn't have been right for them.

A Number of Factors

If one was to look into how they came to form their idea of what their perfect partner would be like, they could find that it has been influenced by what they have seen on TV. The kinds of films they have seen over years can also play a part.

In addition to this, there is likely to be the effect the people around them have had throughout their life. There will then be the effect magazines and papers they have had on them.

But regardless of what shaped their idea of the perfect partner, this is not going to be something that will concern them. Ultimately, they have been able to attract people who are right for them and that will be the only thing that matters.

And there could be a number of reasons as to why they are not currently with someone. It would be easy to say that the people they have been with can't have been right for them or else they wouldn't be single.

One's life may have been going in a different direction to the people they were with, and what stage of their life they were at can also have made a difference. For example, if one was about to go to university/college or if this was somewhere they were just about to leave, they might not have been able to stay with the same person.

Perhaps they were with someone who wanted/didn't want children, and one might have wanted the opposite. Along with this, they might have got to the stage where they simply outgrew the other person or vice versa.

On the other hand, one could be in a relationship with someone who is nothing like the kind of person they thought they wanted to be with. They might have been with them for a number of months, or it could relate to a number of years.

One might see that even though they have had their ups and downs, over all they are pleased that they met the other person. And if they were given the chance to meet their ideal partner, they might not be interested.

Yet if one has been able to attract people who did match up with who they wanted to be with, they could look back and remember how good this has been. This will then show that the idea they have is in alignment with who they are.

One may find that the idea they had of the perfect partner at one point in time is not the same as the one they have now. This could be seen as a normal part of growing up, and how one's needs and priorities are naturally going to change as they change.

Regardless of whether one can relate to the first example or the second, this area of their life is still going to be fulfilling. But when one ends up with people who treat the badly, this is clearly not going to be the case.

As they look back on their life, they may find that they have been with a number of people who have abused them. This may have been verbal, or they may have been physically and even sexually abused, for instance.

As time passes, one could find that they are nothing like how they behaved when they first met them. It could be as if the person they meet in the beginning ends up disappearing as they get to know them.

But when this is something that has happened on a regular basis, it will be what is normal to them. This could cause one to wonder why this is taking place, or they could simply believe that they are a victim.

When they first meet someone, they could find that they are nothing like how they behave as time passes. It could be as if the person they meet in the beginning ends up disappearing as they get to know them.

As a result of this, it wouldn't have been possible for them to see what the other person was really like until it was too late. One would have been taken advantage of and this is why they were a victim.

It could be said that one is also unlucky and, until their luck changes, there is not going to be anything they can do. If one was to talk about their experiences to other people, they might end up validating their outlook.

At the same time, one could come into contact with someone who will see that they are the person who has been involved with each person. They could say that this is not something that is happening randomly.

And even though the people they meet change as time passes, this doesn't mean that they just happened to come into contact with this person. For example, there are going to be plenty of people in the world who meet people who behave the same way in the beginning as they do as time passes.

It can be easy to come to the conclusion that one is just a bystander in this process because of how someone comes across in the beginning. After all, there is no way that one would have known how they would turn out, and surely this could happen to anyone.

But when it comes to who one is attracted to, this is not something that just happens. Therefore, even though the people they attract don't reveal their true nature in the beginning, they were still drawn to them in the first place.

Said another way, they were not drawn to someone who would treat them well in the beginning and behave in the same way as time passed. What this is likely to come down to is that being with someone who is abusive is what feels comfortable at a deeper level.

Intellectually, being with someone like this is not going to be what they want, but when it comes to what is taking place in their body; this can be what feels safe. And unless this changes, they are likely to continue to 'randomly' attract people who are abusive.

There is only going to be one way for their life to change and that will be for them to take responsibility for what is happening. The assistance of a therapist may be needed here.