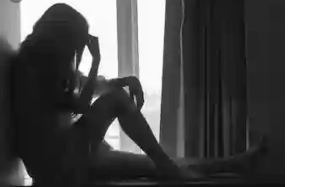 People do compare Thier dilemma to being between the devil and the deep blue sea,well mine is worse but first of all allow me to introduce myself.

I am Esther Paul and I come from a very disciplined and religious Christian family.i lived the life of every normal college girls until in my final year when I met Helen.Helen was my roommate,she was a class,perfect shape,pretty face and always a head turner. She knew that she looked good in short skirts and always preferred to wear them and everywhere she went ,she radiated sexuality.

Initially,I was jealous of her,especially with her expensive and carefree lifestyle on campus, it seemed she had everything taken care for her by others.

During my second semester,I became close to Helen,this happened after I lied to her boyfriend on her request that she was sick and needed immediate medical attention,this was a con to get money from her boyfriend and it worked perfectly.We sparked a bond and Helen introduced me to different ways of getting money from men especially using Facebook,I had grew no conscience to this because I took it as a pay back for being dumped by my ex boyfriend and besides the likely hood of crossing path with any of this men was zero.

Helen and I soon started going to clubs together,having fun and meeting guys,I felt i had denied myself so much fun all in the name of being serious with my academics,I went to places I never thought I would step into and I lived the celebrity lifestyle on campus and then I met Mr. Black.

Mr Black is a very wealthy man,he must have coined his nickname from his complexion I guess.He is a friend to Helens sugar daddy and he has this calm and focused appearance and a smile that makes you think of wild things,even though his character made him seem like he was too gentle and innocent.

Mr. Black showed interest in me the first day he saw me,he excused me outside and made his proposal,he wanted me to be his 'pet' as he calls it,he will shower me with money and I will always be at his service,only his service. Mr Black hardly stays in the country and most times I miss him while he was away,and our relationship continued even after I graduated and served my country.

Mr Black kept showering me with money,he sure knew how to treat a lady,he promised getting me a job with his connections. The first attempt to secure a job didn't work out because the slot he bought was already sold out but he promised that the next one will surely work out. I had no boyfriend partly because I couldn't see a guy of my grade,I mean Mr Black had spend so much on me that I can't survive with a guy on low paycheck,well not untill I met Kunle.

Kunle came into my life in an unexpected fashion,he is a nicely built young man,he emits an aura of intelligence and was basically a charmer,maybe this was what drove me into helping him choose which stockfish he should pick out of the three the Sellar laid out for him,and he insisted on paying me back by driving me back home,and that was how our relationship started.

Within few months of meeting our relationship became very serious,on our anniversary he proposed to me and we got engaged but while this was on,I was still at Mr Blacks service and he was taking good care of me,although his business do keep me away for long period of time.

Along the way,I got pregnant for Kunle,by now he was known as my husband already by my family members and I was a regular face at his,his mom and siblings were all fond of me although I never got a chance to meet his father.

Kunle decided that we get married soon before people notice that I am pregnancy and in line with that he started preparations for my marriage rites.

The list was served and Kunle had returned with his family members as well as the required materials for the marriage rites,it was a beautiful day for me and I was the happiest woman,I didn't just feel happy but Lucky because things have just been going well for me.I was 27 years old and about to marry a very rich and handsome young man,the love of my life and I just couldn't wait for the wedding proper.

Soon it was time for me to come out as the formal introduction kicked start,I walked out of my room slowly, and towards the sitting room with my eyes fixed on the handsome face of my Kunle and behold someone scream my name, I turned around saw him and everything went dark.

Well here I am currently in the hospital,I have no idea how long I have been hospitalized but memories of the events that happened that day flooded my mind. Yes,the man who called me was Mr Black and he is Kunles father.

I curl my self on the hospital bed as waves of shame sweeps over me,how did I get into this situation,but my mind is all blank,all I could think of is,how can I get out of this mess?

Disclaimer:The names, characters,places,events,locales,and incidents are the product of the writers imagination,any resemblance to actual persons or actual events is purely coincidental.

Content created and supplied by: Komzy007 (via Opera News )