By Jammiecontents (self meida writer) | 1 months

A young nigeria fellow has been left in great pains and damage after his girlfriend allegedly smashed and broke his new iPhone 12 and plasma TV.

His girlfriend had accused and suspected him of cheating on her before carrying out the action.

The problem started after the said girlfriend went through her boyfriend’s chats and messages and she discovered some supposed ‘evidence’.

The so called cheating boyfriend, who announced the incident to the man he bought the phone from, told him that the girlfriend overreacted.

He also reported that he was lucky to have escaped death as the girlfriend went to the kitchen to look for a knife but luckily he hid it before hand.

The boyfriend also added that the girlfriend hit him so hard and kicked him on his ears and nose, leaving him seriously wounded and bleeding.

See screenshots of their conversation below: 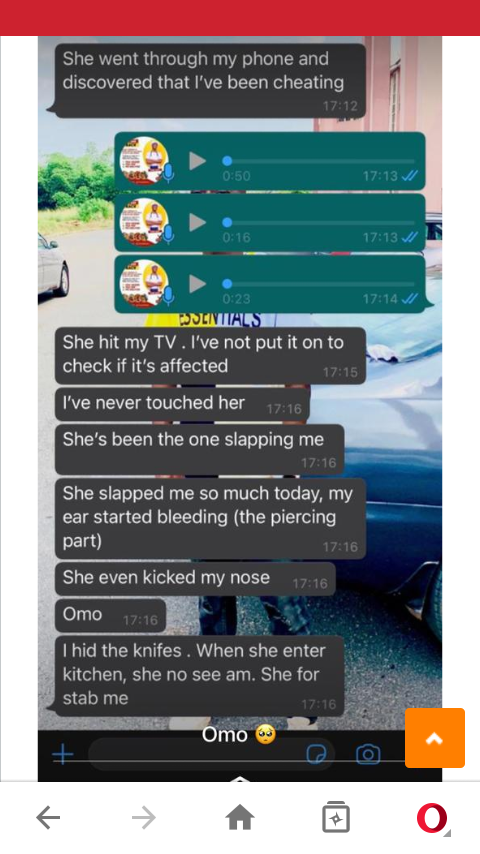 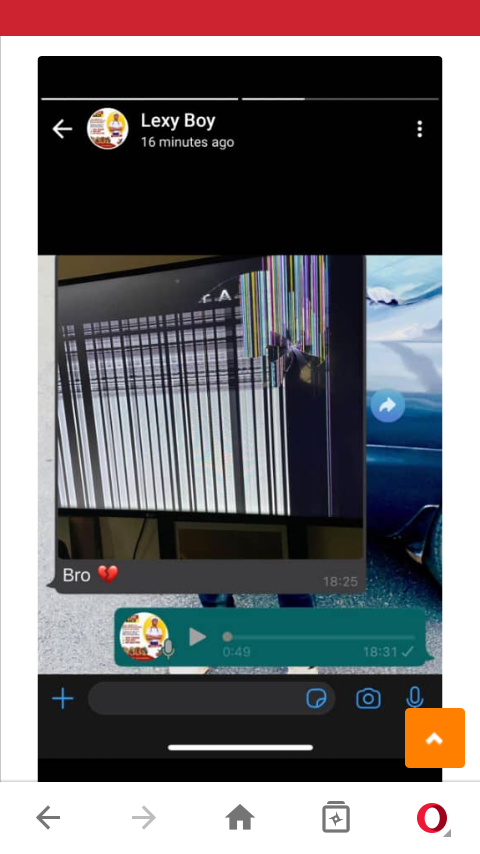 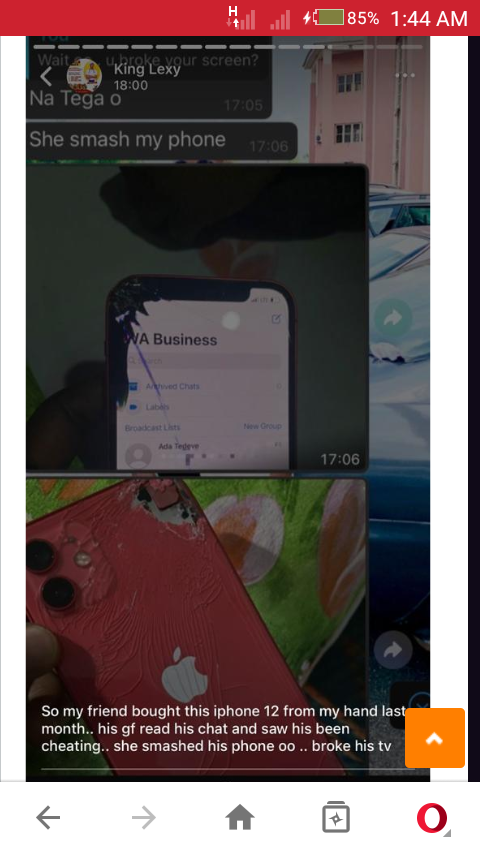 Content created and supplied by: Jammiecontents (via Opera News )