By chukwukaokafor91 (self media writer) | 2 years ago From Bumble to Tinder to Hinge—oh yes, and in real life—there are more ways than ever to meet a potential mate and also, unfortunately, get rejected. Online dating has become the most common way for couples to meet, according to 2019 study published in the Proceedings of the National Academy of Sciences. However, the convenience of choosing potential partners and replacing one with the other—literally at your fingertips—has led many people to get hurt both on and offline. 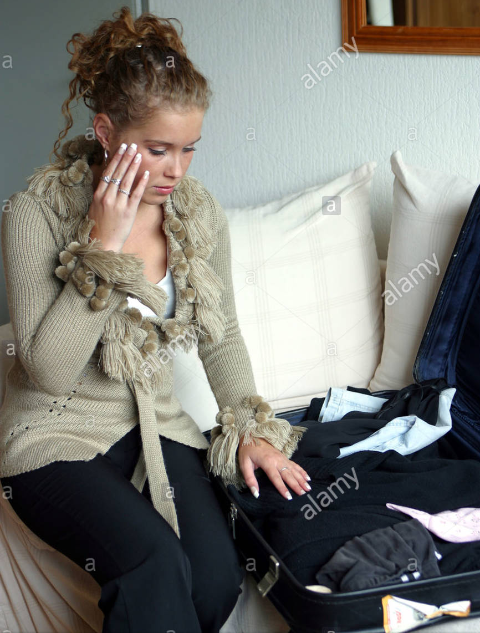 “We are hardwired to bond, unite, and to form connections with people. Rejection results in the loss of connection, and instead creates the sense of feeling isolated, cut off, disconnected, unwanted, unloved, or inferior,” explains Patrick Wanis, PhD, a behaviour and relationship expert in Los Angeles and Miami.

Rejection is processed by the same areas of the brain as it processes physical pain. “The body can react to social rejection like it’s feeling physical pain. Social rejection can trigger the overstimulation of your vagus nerve, which can lead to neck soreness, tension headaches, chest pain, nausea, and more” Wanis says. “So there can be actual physical symptoms that are direct results of experiencing rejection,” in addition to the emotional ones.

Dating rejection is among the most personal—and painful—kinds of rejection since it brings our innate insecurities to light, according to Sanam Hafeez, PsyD, a neuropsychologist and faculty member at Columbia University in New York City. “Being rejected from a job because you lack specific credentials, years in the industry, or skills feels less personal. Although being rejected by friends is personal, it’s not a rejection of one’s sexual desirability or appearance,” Hafeez says. Someone who experiences romantic rejection might feel humiliated, stupid, unwanted, unloved, inferior, or not good enough, Wanis explains. They might even experience shame, too. (Worth noting: There’s a big difference between guilt and shame. Guilt is, “I did something bad.”Shame is, “I believe I am innately bad.”)

Since those feelings sound about as fun as diving into a 20-degree pond, we asked Wanis and Hafeez to sound off on the best ways to stop wading in sorrow—plus, how to know when you’re ready to jump back into the dating pool. 1. Remember: It often has nothing to do with you

Most likely, not all of the blame for the breakup is on you. In fact, none of it may be. “Understand that sometimes dating rejection is not a mark against you. Sometimes it’s about the other individual,” Hafeez says. “Perhaps you unknowingly intimidated the other person and they felt inferior to you. Maybe they have too much baggage and eventually realized they aren’t quite ready to date. Maybe they feel you are too successful for them and out of their league financially.” Make the distinction between your role and the other person’s role.

That being said, it’s valuable to reflect on how you may have contributed to the split. Ask: “What must I own, and what must the other person own?” If you skip this step, Wanis says you’re likely to fall into one of two negative-thinking camps:

Try to determine what factors stacked up to cause the rejection. Wanis recommends journaling or talking through these questions to help with the self-examination:

That last one is vital: “When we become compassionate to ourselves we become more compassionate to others. By expressing compassion to yourself, you are empowering yourself to change your behaviour rather than simply condemning yourself, writing yourself off, or labelling yourself as a helpless victim,” Wanis says. Own the behaviour that may have contributed to the division, but don’t claim it as who you are. Claim it as something you’ve done, and then go deeper and ask you why you behaved that way. “Or perhaps you simply experienced rejection because you happened to choose someone who wasn’t compatible with you or wasn’t interested in you,” Wanis adds.

(The next time you’re feel down on yourself, just know that you’re surrounded by signs that you’re worthy of love.) If you think you’re sensitive, have dealt with depression, or have been rejected multiple times in a row, you may experience a bigger ego blow by a breakup. When we experience rejection, we make certain conclusions about ourselves, Wanis says, and we often blame ourselves and think that there is something wrong with us. (FYI: These habits will help you develop killer self-confidence.)

“That is the core issue that most people have: The belief or the subconscious feeling that, ‘I am not good enough. There is something wrong with me. I’m an outsider and I’m unlovable,’” he says. “A rejection today at work can also trigger unresolved issues regarding rejection you might have experienced as a child or in a romantic relationship. Not all rejection is equal, but all rejection is connected.”

Seeking out another potential partner as a way to get back at your ex? Not a smart strategy, Wanis and Hafeez agree.

“If you’re not relationship-ready, then be careful about going out and dating—and ultimately hurting other people. You’ll just be creating more strife for yourself,” Wanis says. Take the time to heal from the pain of rejection, learn from any of the mistakes you’ve made, perhaps take some time to pamper yourself, then start dating again.

“Before you make plans to go out on another date, be as sure as you can that you will be able to put your best self forward—without having to bring a box of tissues with you while you cry over your ex. Make sure you feel emotionally stable,” Hafeez says.

4. Take the time you need to recover

“Recovery is a very individual process and often depends on what occurred during the relationship and how hurt the person feels in terms of their self-esteem, trust issues, and if there was verbal or physical abuse, or manipulation,” Hafeez says.

And contrary to popular belief, time does not heal, Wanis adds. If it did, no one would be angry at a former boss or have pain connected to childhood. “Time in and of itself does nothing. What determines your result is what you’ll do within the space of time. What action will you take and what strategy will you use? Time isn’t going to heal you. You have to make a conscious choice to heal yourself,” he says.

The post-rejection funk is dragging on too long if you feel stuck. It’s normal to lie in bed for a few hours or a day, then say, “Enough. I’m done mourning and will start making a plan to bounce back.”

“If, days later, you feel helpless, are frequently reliving the rejection, finding it hard to sleep, or are constantly trying to win back the other person, it’s time to seek help,” Wanis says. If the other individual has moved on, if even your most well-intentioned, supportive friends feel it’s time for you to let go, or when you are simply feeling unhappy and lonely, call in reinforcements to help with the rejection recovery mission.

(Psst: If anything, this is the one thing you need to do after a breakup.)

6. Seek out professional help, if needed

So much of the way you respond to rejection is related to emotions and circumstances that have nothing to do with dating at all, Hafeez explains. “The way people handle dating rejection has a great deal to do with how they feel about themselves before going on a date. People with a higher sense of self-esteem will fare better than those whose sense of self-esteem is more fragile and subject to the approval or disapproval of others, especially potential romantic interests,” she says.

While some can brush off rejection and head out on another date the next day or week, others may ruminate. “What did I say wrong?” “Am I too overweight?” “Do I need to change my hair?” “This is like post-traumatic stress disorder, when you’re reliving the trauma. For some people, rejection is actually equivalent to trauma. This can trigger the vagus nerve, which, as I mentioned before may lead to physical pain,” Wanis says.

For others, compounding rejection can lead to anxiety or turning to unhealthy coping mechanisms, such as drinking too much or eating too much or little. “When you get to the point that you realize the rejection is destroying parts of your life—you’re isolating yourself, you’re depressed, lonely, anxious, overly angry, struggle to sleep, or are experiencing nausea or pain— it’s time to go get help,” he advises.

7. Keep in mind that no risk equals no reward

Sure, you could go through the rest of your life without dating, but that would also mean you’d spend a lifetime without romantic love. “The trick is to ‘lick your wounds,’ discuss your feelings with a therapist, if needed, and get back in the game until you find someone to appreciate the great qualities you possess. Keep on dating,” Hafeez says. “Eventually, you will have a good experience and positive reinforcement from other dates that will wash away the negative.”

And if it eases the aches, keep in mind that some of the most desirable, wealthy, and talented humans have been broken up with or even cheated on.

Content created and supplied by: chukwukaokafor91 (via Opera News )